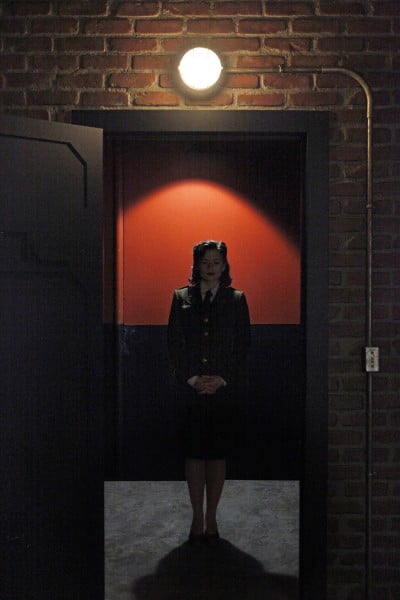 Hayley Atwell had the fans eating out of the palm of her hand last year when she came to Toronto to talk about Marvel’s Agent Carter. Coming out for the last day of Fan Expo, she talked about the iconic character, the Marvel universe, and even her ongoing love of Dubsmash.

Speaking about the second season after the hall had cleared of the fans, Atwell revealed that Agent Carter trades in her New York locale for the glitz, glamour, and darkness of Los Angeles, where she will face a whole new reality that the actress revealed will be more intense, and sexier too.

“She’s a glamorous lady,” Atwell said of the character. “She’s always perfectly turned out… and I think she’ll fit in with that L.A. crowd quite well. There will be new challenges. I think it’s going to be much more interesting to give her deeper ‘heart of darkness’ stuff to have to fight because that develops her as a character and develops the story.”

Atwell also revealed that she really wants to see Carter’s romantic life going forward, and reflected that it’s an interesting topic, since women have to sometimes fit in all the aspects of their lives, including the “career, the wife, and the mother,” wondering if women are sometimes “too hard on ourselves.”

Marvel’s Agent Carter returns for the second season January 19 on CTV. Watch the full interview below:

Please note: I incorrectly mentioned at the beginning of the video interview that Carter would be the only female hero on television for some time. There has since been one new female-led series, but that series is not available on network television.