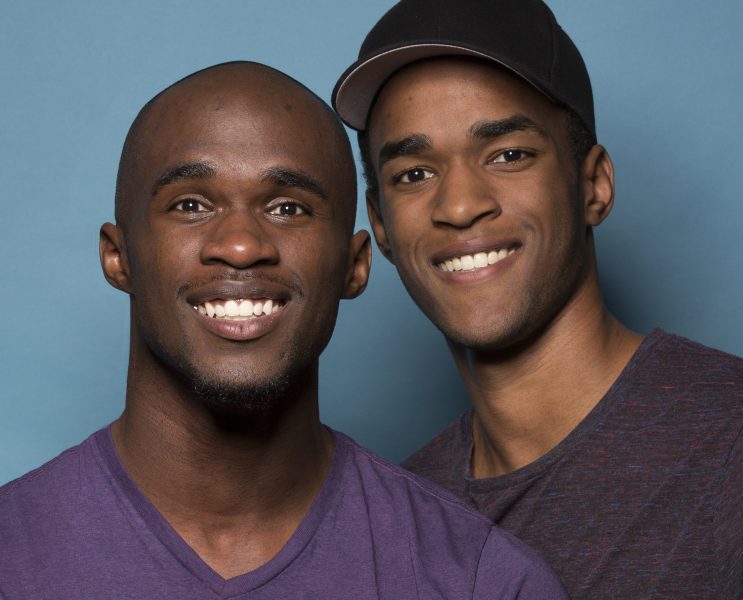 Eleven teams of internet celebrities are facing off in challenges around the world as they compete for a chance at a million dollars in the 28th edition of The Amazing Race. It’s a difficult race that also makes for incredibly watchable television, and unfortunately for Vine stars Cameron and Darius Benson, the brothers were eliminated in Cartagena, Colombia after they just couldn’t catch up from last place.

I chatted with the duo recently to find out more about what they thought about the Amazing Race, and how they hoped the experience would impact their careers in social media. Watch The Amazing Race Fridays at 8:00 PM (ET/PT) on CTV.

Andrew Powell: Obviously it’s a huge opportunity to do a show like this. When you got on the ground running, that first moment when you watched the video and you’re heading out the door, what’s the first thought in your mind?

Cameron Benson: “The first thought in your mind is, ‘Wow. Here we are on the Race.’ It started randomly, really, because we show up at our house thinking that we’re filming some behind the scenes stuff like intros, informational stuff. They give us this phone and the video’s on. It’s really just chaos and you’re just thinking, ‘Oh, I need to get to the airport. I need to figure out where all the other teams are.’ That’s pretty much what was going through my head.”

Darius Benson: “Yes, it was the first time they started the race with all the teams in different parts of the country, so it was a big surprise. It was just like, ‘Wow, I guess we’re going.’ It was surreal. It didn’t really click for me that we were actually racing until we landed in Mexico City and saw the other teams and took off running.”

Andrew: Once you were actually doing these various challenges, how did you feel about how it was going? Early on, did you get a sense of, ‘Okay, this is what we’ve got to try and work on,’ or ‘This is what we’re good at,’ or anything like that?

Cameron: “When you go into the first challenge that you’ve ever competed in, you’re figuring out what kinds of things they’re looking for in terms of what the challenge looks like completed. What we were wondering is, ‘Okay, what is the judge looking for in the finished product? How serious is the Race about getting all the details correct?’ That was pretty much what was going on.”

Darius: “When it comes to something like putting something together, like crafting something, because that’s what we did in our first challenge, it was just, ‘How close do we have to match this? How much time do we need to spend making sure this looks exactly how this is supposed to look?’ It was basically speed versus precision. It’s a lot of just figuring things out because we’d never done the Race before, so we just had to learn on the fly how to do it.”

Andrew: Did you watch past episodes a lot before you started the Race?

Cameron: “Yes, I watched every season going in, just because I was like, ‘I’m not going to lose because I don’t know how the Race is run.'”

Darius: “You definitely want to be getting the knowledge of… I watched seasons 14 through 27, so I’d just get on Amazon and watch a few episodes every day leading up to it. You wanted to get as much knowledge as possible about the Race, about the challenges, about the other mistakes that teams have made to give us the best chance.”

Andrew: Then on the flip side, at what point did you realize that things weren’t going so well?

Cameron: “Definitely in Mexico City airport, our ticket lady sent us to a different terminal to pick up the second half of our ticket on our connecting flight through Bogota City, but after she sent us to the second terminal, she started printing off both halves of the ticket for [everyone else]. Once we told Marty and Hagan and everyone who showed up after us where we got our ticket and they went there, they got both halves of the ticket whereas we got just one ticket from that lady.”

“By the time we got to the second terminal, there were teams there and we had to wait behind them, so we ended up in last place starting in Mexico City and we were playing catch-up for the rest of our time on the Race.”

Cameron: “I feel like that’s the only thing, because it’s all a chain reaction. If we weren’t in 11th place going into Cartagena we wouldn’t be 10th place going into the continuation from there, which means that the 30 seconds that we were behind Zack and Rachel would’ve been irrelevant.”

“Really, I’d say that was our big mistake. The rest of the race, we were actually making up time.”

Darius: “I think a lot of things are pretty much unavoidable when it comes to the Race, because we’d never done it. Anything can go wrong when it comes to international travel and the way the clues are set up. The way that we went about solving problems done with challenges, I think we did pretty well and our luck was there. On the first challenge, we took a little bit too long making the bull because we wanted to get all the knots precise. We spent too much time making it look perfect when some other teams [didn’t].”

Andrew: Any thoughts on the competitors you did see? Where you think they’re going to end up?

Cameron: “We know where all the teams ended up at the end, but just based on the last episode, of course you can see the leaders starting to take stride. Unfortunately, we weren’t part of that but you see the strong teams like Brodie and Kurt, Tyler [Oakley] and Korey [Kuhl]. This season has got a lot of intensity with those teams and basically–people came in prepared. Everybody had prepared for it, but people were working out and watching episodes.”

Andrew: Otherwise, I’m wondering how does this affect you guys going forward? Do you feel like this gives you a push on your platforms? What does the show mean for you now?

Darius: “I guess what I was looking to get from the Amazing Race, obviously a chance to win a million dollars, but the trip around the world is my first time traveling internationally to other countries and stuff. A cool experience with my brother completing challenges.”

“It’s fun, and we were hoping to win and definitely hoping to gain some hype with a jump start following on social media from viewers of the Race. Definitely liking the little boost we’ve been getting, and I guess as far as going forward, I’m just doing the same thing that I’m doing. Working on YouTube, working on Vine. I’m out here in L.A. trying to get into acting and video production and all that stuff. We’re just looking at the Race as a good opportunity to have some fun and to cross-promote with CBS.”

Andrew: The only other thing I’d like to ask is what do you think the future is, especially for you guys with social media? Certainly, YouTube still seems to be a dominant platform, otherwise Vine has always been a huge thing for you guys. What do you see down the road? More YouTube? Other things?

Darius: “Right now, pretty much what we’re doing with YouTube and Vine and I guess Facebook, Instagram, is sort of coming up with a portfolio. Any opportunities that come after this, we’re sort of conditioning ourselves for that. Getting into acting and stuff, of course, with all our skits and everything like that, the end game, I’d say, is acting and producing content.”

“We got to meet Zack Teng, who edited a Justin Bieber music video, so really, the internet is a gateway that opens up a lot of real world stuff, like working in music videos for professional musicians. Burnie, he has this show on Netflix. That’s the end game, where we’re going to just keep making content and keep seeing what opportunities arise from it.”

Andrew: Cool. Well, thank you guys very much. I really appreciate your time, and really good luck down the road.