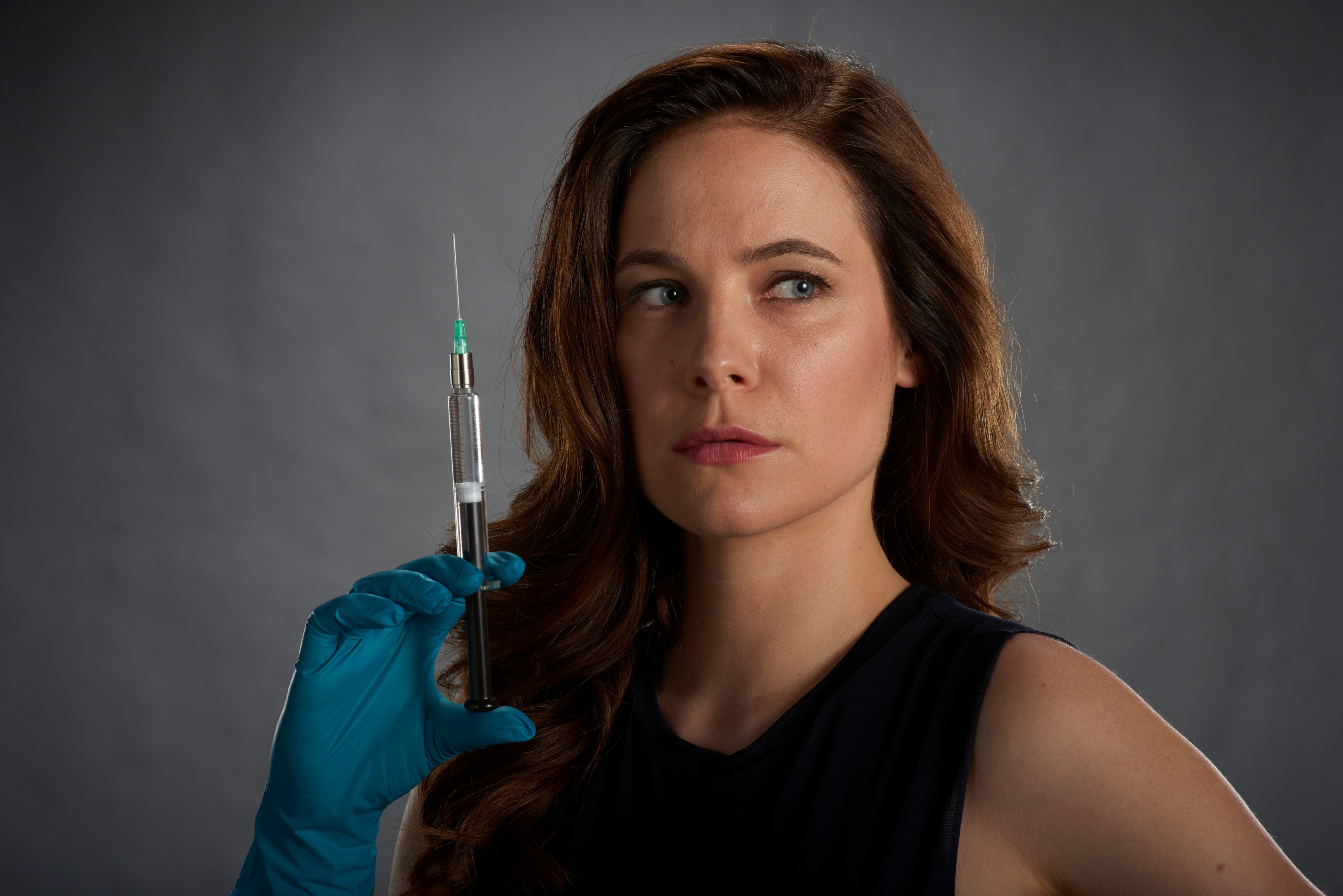 Dr. Mary Harris is overworked, thanks to her moonlighting career and her day job, which makes her home life with her two daughters complicated, relying often on her ex-husband to fill in for her, and at the same time Mary works outside of the law which means that she has to be very careful.

Working with her partner Des, played by Richard Short, who helps with her job as an “angel of death”, May Kills People is a compelling drama that is both moving, and interesting for the themes and questions it offers, but at its heart, the show is about people and relationships.

When I sat down to talk about the show with Dhavernas recently,

“When I joined, I only had the first episode,” Dhavernas said, “but I knew that the subject matter was brave to take on, especially for a network, and I truly believe that it’s something we should be talking about more and more. And also, the laws just changed recently in Canada in June, so it was up in the air, this subject matter, so it was perfect, and it was a coincidence too because Tara [Armstrong, the show’s creator] started working on it way before the law passed.”

“I just fell in love with the part,” Dhavernas continued. “She’s very complex, and filled with contradictions, and grey zones, which is always what most actors yearn for.”

Watch the interview to hear more about the new series, some hints about where the series is headed, and how the show may be received when it airs on Lifetime in the United States later this year.

May Kills People airs on Global, Wednesdays at 9:00 PM (ET).