Yannick Bisson is a national treasure. As William Murdoch in CBC’s Murdoch Mysteries, he’s been fighting crime in Toronto for a decade, with loyal fans across Canada and around the world tuning in to watch the detective’s latest cases.

Bisson is a busy guy, with 60 film and television credits to date, and more projects coming up every year. This year he was honoured with 2017 ACTRA Award of Excellence for outstanding contributions to the industry, and the series took home five Canadian Screen Awards, including the Golden Screen Award for TV Drama.

And there’s a lot more to Bisson too. He’s a big fan of skiing, carpentry, and home design, and he’s a humanitarian, supporting a number of Canadian charities, including Sheena’s Place, for eating disorders support, Camp Ooch, and Childhood Cancer Canada.

When I had the invitation to sit down with Bisson in his gorgeous, custom-designed house in Toronto, I had more questions than I could possibly ask. There was simply no way to fit every question in, but I was also excited to chat with Bisson about some of the broad strokes of his career, and Murdoch Mysteries. He even hinted at where he thinks things could go down the road for William Murdoch.

We also talked about one potential new project that he’s working on with his wife, Chantal Craig, who is a writer. The duo have secured the rights to a prohibition-era story by author Michael Januska about the Canada-United States border and illegal trade during the post-war era. It’s a story with big potential, and I certainly hope it’s one of Bisson’s next projects. 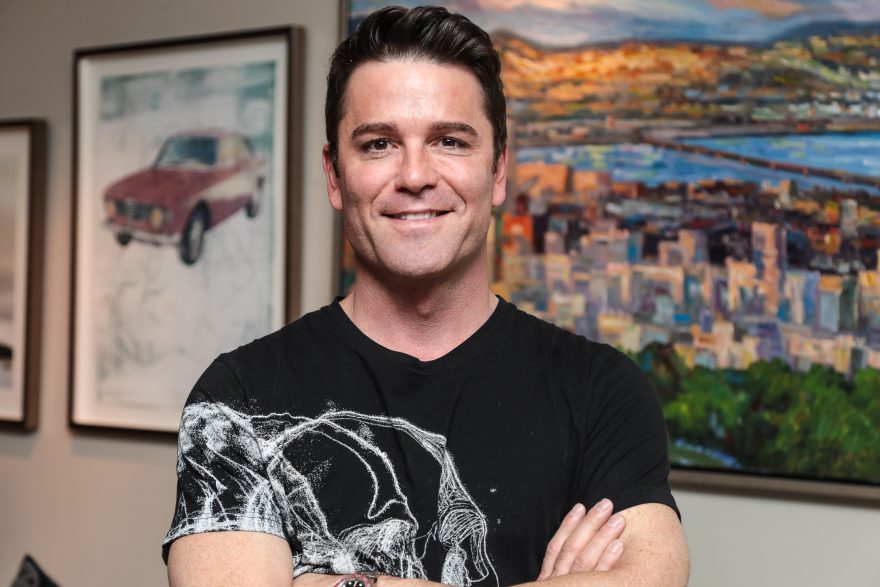