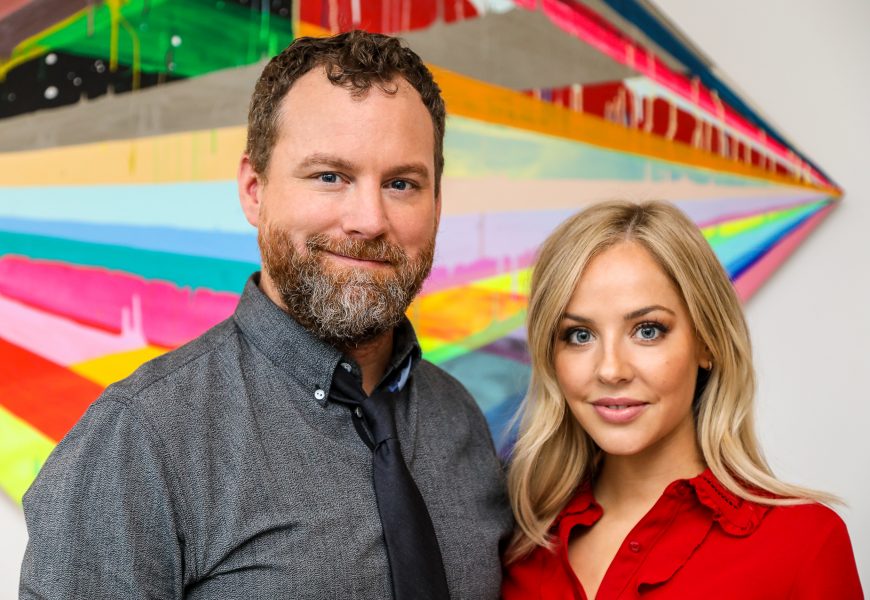 Season three of Travelers has arrived on Netflix, and it’s the show’s best to date. The binge-ready sci-fi series hits a quick reset button to clear up some of the mess that was left after the end of season two, and proceeds to leap into new turmoil, while digging deeper into questions about what’s really happening in the present, and the future.

Series stars MacKenzie Porter and Patrick Gilmore, who play Marcy and David, were recently in Toronto to chat about the series, and what makes season three tick, and while Brad Wright was listening from the sidelines, the duo revealed some great hints about where the series and their characters are headed.

“Well, one problem leads to another,” Gilmore said about the first episode. “Even if they think that they’ve plugged that dam, there’s so much pressure coming down on the travelers teams, and all the relationships, it can only be contained so long episode to episode.”

And the relationships will be pushed to their limits this season, as the travelers have to reconcile how they feel about the people they have come to know in the past.

The two actors also shared some stories from the set, including the time that Porter mistakenly “pistol whipped” one of the stunt men (it’s okay–he’s okay). They also talked about their hopes for the characters, and keeping things exciting, even when there’s a hope to see more between the two.

Watch the video below to see what Porter and Gilmore had to say about the story arcs coming up this season, and looking back on the series so far.