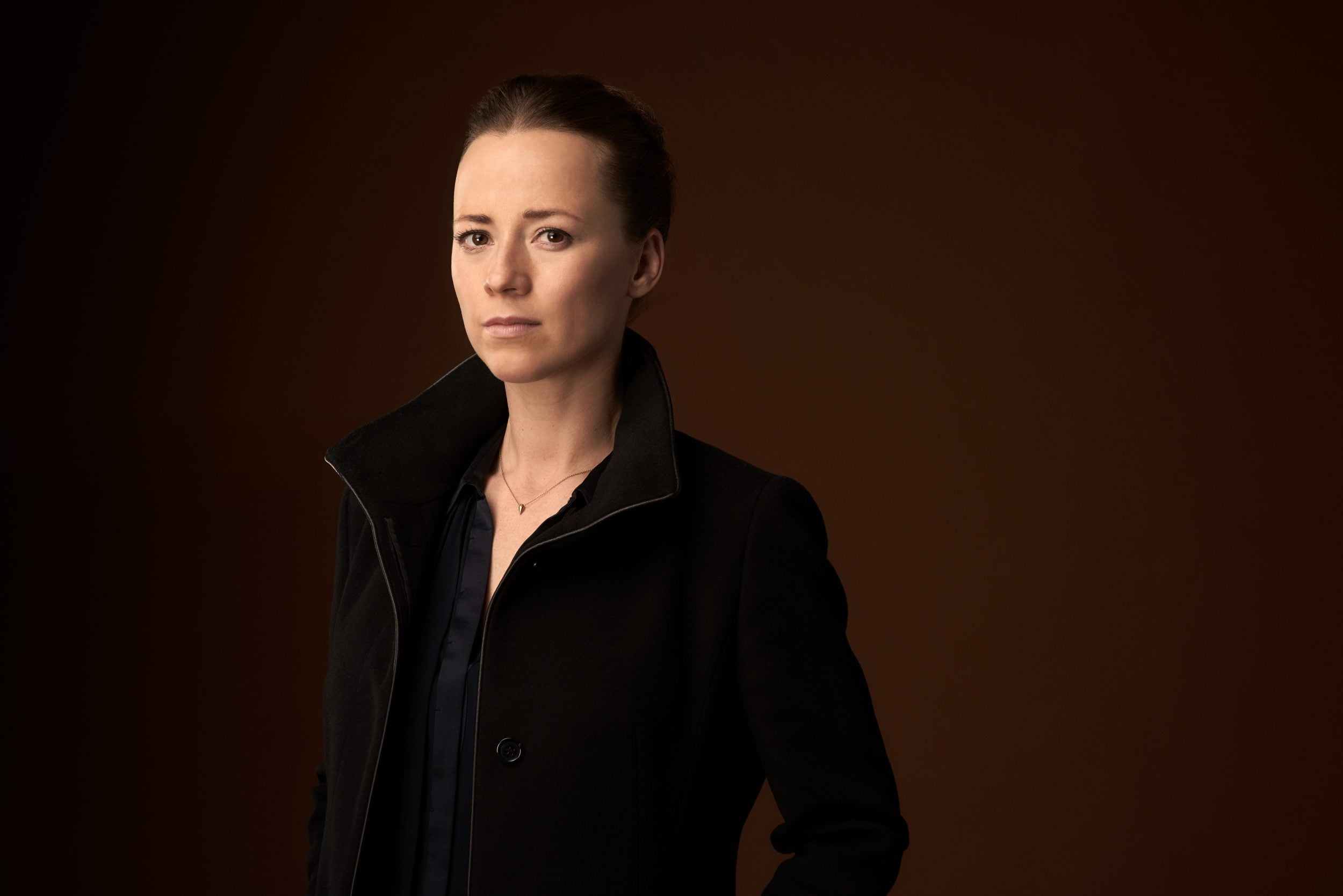 CTV’s Cardinal is one of Canada’s best and most intense dramas. Based on the novels by Giles Blunt, the series is a moody, rich, and mesmerizing crime drama following Detective John Cardinal, played perfectly by Billy Campbell, and his investigative partner, Lise Delorme, played by the incredible Karine Vanasse.

Season three of the series starts where the second season finished, with Cardinal finding his wife after she committed suicide, which is the tip of a much bigger story. Cardinal and Delorme will face a difficult struggle this season, uncovering what could be a doomsday cult, and the connection between a killer and a string of murders.

I spoke with Vanasse about the latest season of the Canadian series, how the relationship between Cardinal and Delorme changes and evolves, and some of what fans can expect from season three.

Catch up on the third season of Cardinal at ctv.ca/Cardinal, or stream the series from the start on Crave.

Andrew Powell: To start with, I’d love to hear about working with showrunner Patrick Tarr, and how things changed this season working with him.

Karine Vanasse: It’s funny because I don’t really see it as a change. I feel like what was created in season one by Aubrey Nealon with Podz [Daniel Grou] as the director, we’re always starting from what Giles Blunt, the author, created in his books. So I feel like that’s the starting point.

So Aubrey as the showrunner did an amazing job adapting it for season one and then Sarah Dodd, when she came in … because we’re changing seasons also every time we come back with a different crime, I feel like that gives it a different flavor. I don’t see really a change in the writing.

Sarah and Patrick, they’ve all been really good at respecting what had been created before, what was there with the characters and just going in deeper. I feel like that would have been at least for me and I’m sure that Billy Campbell feels the same way, it would have been a disappointment if we felt like oh no, something was created for the first season and then we’re staying there and we go on with the crimes, with the investigation but we don’t explore the characters really a lot more which is not at all what’s happening. We are on that journey with them and I feel like the writing is really allowing us to dig deeper.

So that’s the biggest quality I feel like the show has. It keeps getting richer and richer as a universe.

Powell: The show has always felt a bit dreamy to me, but this season there’s almost like a… I don’t want to say nightmare, but there’s something darker between something dreamlike and nightmarish.

Vanasse: Season 3, obviously because we’re so close to Cardinal and his character and because he’s grieving and he’s sort of feeling that vertigo of just like ‘whoa, my world is just flipping right now, what am I gonna do? Who am I?’ I feel like even Lise, when she’s looking at Cardinal, it’s almost like [he’s] a different person. He’s not as precise in his work, he’s not as present and you’re right we have all these little moments with him where he’s just waking up.

When you lose someone like he did, losing his wife and the way he lost her and the fact that he’s expected to be moving on but he can’t and his instincts are telling him that maybe she didn’t want to die. It didn’t feel that way to him but all the evidence is pointing to the fact that she chose that fate. It’s very blurry for him at that moment and I feel like the directing is really showing that with the cinematography, which is great.

Powell: That shot, early in the first episode, going from the rooftop down to the ground level, it was haunting and even seeing how you’re playing Lise, that moment on the rooftop where she kind of breaks down for a moment.

Vanasse: Yeah, well I feel like we’re building really from what we’ve been exploring with these characters in season one. The fact that it’s getting richer and that the writing and the directing is allowing us to really, even us, be surprised by where a scene is taking us.

I remember doing scenes with Billy and seeing him saying one line specifically or playing that silent moment in a way that ‘whoa, that’s not how it was written in the script,’ but he’s just following his instincts and I try to do the same.

Sometimes, because Podz was back for season three as a director, he would sometimes change in the middle of a scene, like just block differently. I feel like we’re at this point with the story with these characters where we can really follow our gut and just feel when it’s right or when we should just get closer to the edge a little bit of the situation with them.

Powell: I mean I’m sure by this point it must really be reassuring to be able to follow through with these scenes with Podz. What was it like working with him once again on this season?

Vanasse: I mean there is a level of trust obviously that brings comfort… but just a level of comfort that makes you feel okay to be vulnerable. I mean just looking at the performance from Billy in season three of Cardinal, so many times he’s alone. It’s just his face in the frame and you can read everything on his face; it’s there. I feel like to go there as a performer, you have to feel that, the director… nut not only the director, but the editors, everyone involved is ready to be receptive.

So I feel like the level of trust is definitely there and going back to really specifically the relationship with Podz for season three, he knows us so well, he knows when he can push us a little bit more. Not too much but just enough so that we’re not in that comfort zone for too long.

In so many moments once again, I feel like Delorme and Cardinal–it’s bizarre because you can tell that there’s a level of comfort between each other but there’s also that … Billy is describing it sometimes as Cardinal, it’s almost as if he has vertigo when he’s around Delorme. Like there is something that’s unspoken and that’s why it’s so engaging when you watch them together because I don’t feel like they’ve defined their relationship yet so it’s still … there’s something very vibrant between them and to keep it that way, it’s more about the unanswered questions. Sort of just the answers and playing scenes as if, ‘okay, we’re playing it like that.’ I feel like it’s more about the exploration of the relationship.

Powell: Was there something this season that you could tease about Delorme and Cardinal?

Powell: It seems to me like that had to come eventually.

Vanasse: Yeah, yeah, yeah. Lise is so protective of Cardinal. She respects him so much. She admires him a lot, but at some point she has to shake him a little bit just to see how Cardinal eventually opens up a little bit more to Delorme so that she sees that he’s not… you know when someone is not doing so well it’s hard sometimes to see is it just, should I let him be in that state or should I just rescue him right now or is there something else? So there’s a mystery… there’s the investigation but there’s an investigation that Cardinal is doing on the side about the death of his wife and that’s really … I feel like the fans will really love that storyline.

Powell: Well thank you very much. I really appreciate it. The series is wonderful. I haven’t watched that many episodes yet for season three, so I’m looking forward to getting further in.

Vanasse: Oh, great but that’s good. I feel like viewers are really excited to see the show back on their screen so that’s good.

Powell: Thank you very much. Good luck with the next season of filming. I hope it goes well.

Vanasse: Thank you so much.