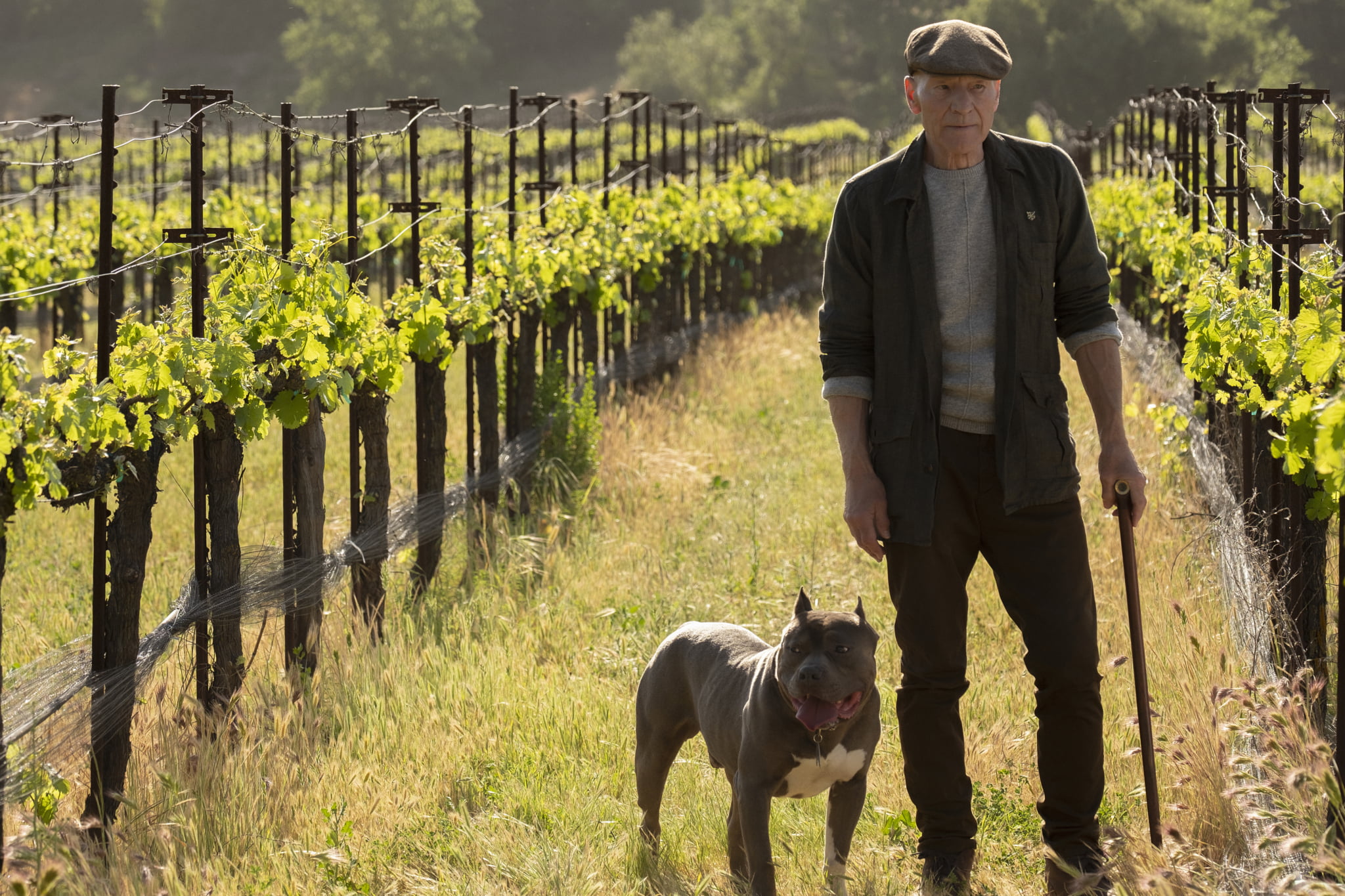 Twenty six years ago this May, the last episode of Star Trek: The Next Generation aired, and that felt like a solid goodbye. Movies came along over the years, and the stories were interesting, but I don’t think many fans from that era really expected captain Jean-Luc Picard to return to TV again.

And yet here we are, and I have to say, it’s not just satisfying seeing Picard again, it feels a bit necessary too.

While I’m not interested in writing a review of Picard, and I don’t want to spoil the story either, I think there’s a lot to discuss, and as a fan who has been following along since the beginning, I had to dive in.

When I was a teenager, Star Trek: TNG was one of the few great science fiction series on TV, outside of Quantum Leap (and that was more about the drama, usually, than the sci-fi).

I liked the original Star Trek as a kid too, and watched the re-runs every weekend, but Captain Kirk was not really my favourite character. He seemed like a jackass, but he was also from a different era entirely.

When TNG debuted at the end of the 80s, and increasingly each season, Picard became one of my favourite characters on TV though, alongside Commander Data, and of course, Q. The characters were different, but they were also somehow a strange kind of family too, and even next to Q, Picard felt like the one leading this family and their story.

Even when the movies that came out years later were less than spectacular, Patrick Stewart always stood out as Picard, and I admired the character for everything he stood for; morally upstanding, tough, smart, connected to the past, and he had the undeniable soul of an artist who loved art and history as much as theatre.

This was a leader I could understand and admire.

So the news that Picard was going to return to TV in Star Trek: Picard this year was surprising, but it was also very welcome. If any character deserved more time on TV, it was Picard.

The good news is that I think Star Trek: Picard is not just fascinating, fun, and compelling TV, I also think it’s a fairly big deal compared to a lot of sci-fi today. There’s a heart and a soul that feels a little deeper, and while it helps to know where Picard has been, it’s also not necessarily required to enjoy the new series.

“Remembrance” premieres tonight on CTV Sci-Fi Channel in Canada at 9:00 PM (ET), and it’s a compelling ride from start to finish.

Set 14 years after Picard has retired as an admiral from Starfleet, the former captain has come a long way since he led the Enterprise, and yet this story is tied back to a number of people and events that come from his past.

Living–where else–but at the Chateau Picard vineyard (with Stewart’s real-life rescue dog, Ginger Gurl), Picard has hidden himself away from the world, until a young woman comes knocking who not only needs help, but somehow knows him, even though it doesn’t seem like they’ve ever met.

Dahj, played by Isa Briones, forces Picard into a mystery that revolves around his past and a major event in the Federation’s history. The series pays homage to some old friends who swing by too, and it’s exactly the kind of story you would expect Picard to dive into.

What I admire most about Picard as a series is that it has found a way to balance the history of TNG with a new story, and for the most part, it doesn’t feel like it’s shoehorning those pieces together. If anything, it’s refreshing to feel the pull of Dahj and her story, even as we slowly unravel what’s happened to Picard over the years.

The opening scene was also exactly the right place to start, and I have to admit that it was meaningful and clever.

Briones is also fantastic in the first episode, and alongside Stewart, she is a perfect star as this troubled but powerful young woman. She steals the show, and her story is not going to be straightforward, I expect. Briones has great chemistry with Stewart, and Dahj naturally makes Picard into a quasi father figure once again too.

And that is, perhaps, one of my favourite things that has endured.

Since TNG, Picard has been a leader and I would say a father figure too, and I think that’s what makes the character so appealing to so many people. Picard stands as a man who could lead Starfleet into battle, much like Captain Kirk, but at the same time, Picard offers the people around him a sense of hope, compassion, and guidance.

That’s not an image we see or expect a lot in leaders today. Picard is at once old fashioned, in his views, and lightyears ahead of us today. Even on TV, I don’t think there are many leaders like him.

Perhaps I’m reading too much into this, but Jean-Luc Picard is a unique figure, with old fashioned ideas that are important again. He talks about history and a way of thinking that actually might be more meaningful today than it was in the 90s.

As a teenager who admired that kind of hero, I hope he can be as meaningful for fans today, and I can’t wait to see how his story plays out, where Dhaj will end up, and maybe too, how Dhaj will impact Picard in the future.

You can also expect to see guest appearances by Brent Spiner as Data, Jonathan Del Arco as Hugh, Jonathan Frakes as Riker, Jeri Ryan as Seven of Nine, and Marina Sirtis as Deanna Troi.

You’ll have to wait for season two though to see Whoopi Goldberg return as the incredible Guinan.