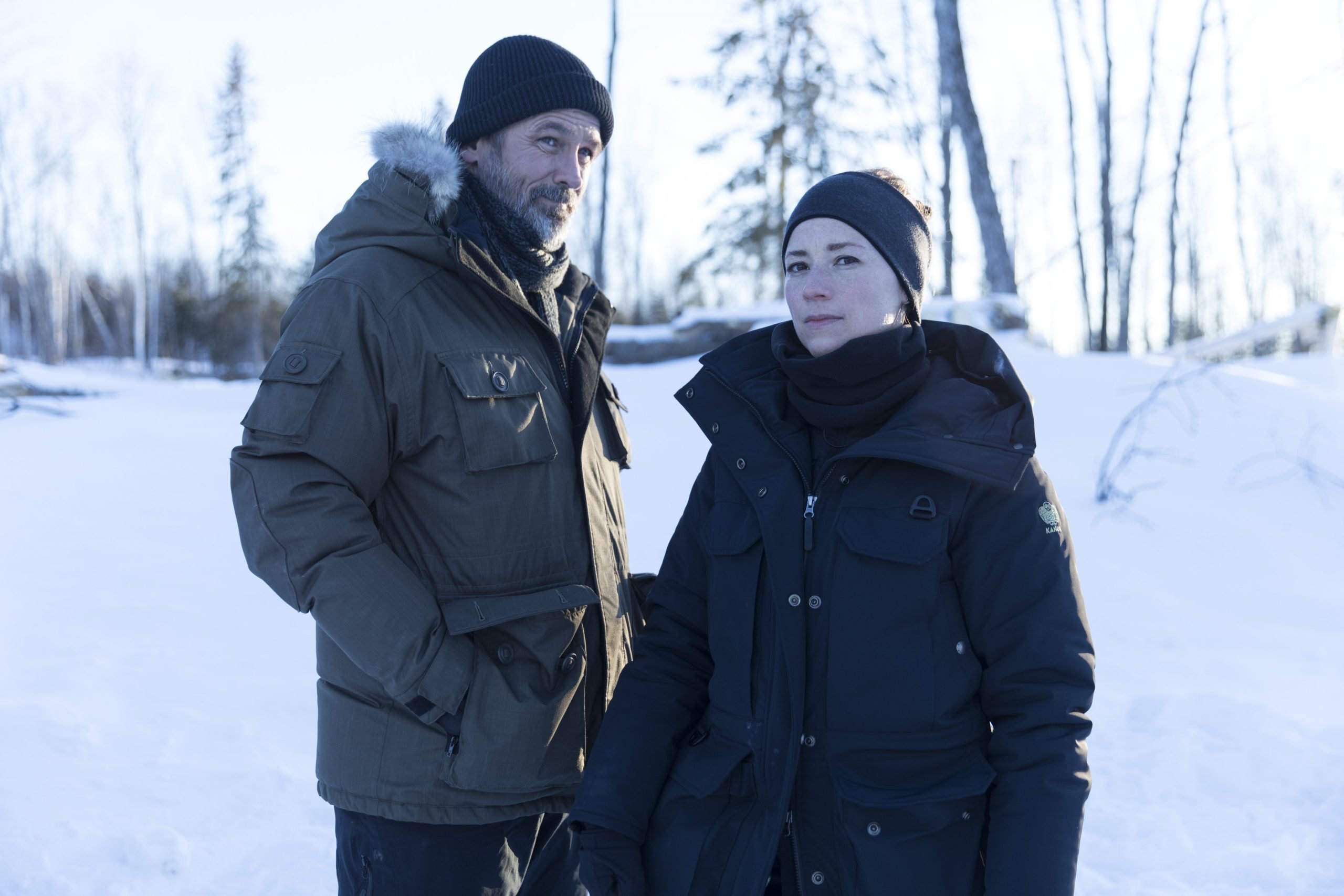 Cardinal and Delorme will be saying goodbye soon, as the fourth season of Cardinal debuts on CTV tonight.

The fourth season, Cardinal: Until The Night, is set in Algonquin Bay’s harsh winter, and it’s “about people frozen in place–frozen by regret, by anger, or by fear of making the wrong choice. Culminating in a final showdown in a harsh winter landscape, Cardinal and Delorme must put everything on the line to save an innocent life.”

“When a seemingly mundane missing persons case turns into a spree of nightmarish murders, the ensuing investigation pushes them to their limits as detectives and partners, forcing them each to face what their future holds,” the show’s synopsis says.

Billy Campbell and Karine Vanasse answered some questions, delving into their character’s relationships over the years, saying goodbye to the series, and even sharing a few thoughts about working together.

Campbell and Vanasse filmed their honest interviews at their own homes, with Campbell outdoors in Norway, while Vanasse chatted from a nook in her house. Campbell even had a visitor during his chat–one of his cats.

He also promised a “really good resolution… in keeping with the feeling and the flavour of Cardinal.”

“What a journey it’s been for these two,” Vanasse said. “I mean, Delorme wasn’t even supposed to stay in Algonquin Bay at first. She was supposed to be there to investigate Cardinal, and then move on to a bigger… challenge. And she stayed. And why did she stay? For him? … at some point she’ll have to decide what she should do next.”

The fourth and final season of Cardinal premieres on CTV tonight, Monday, April 6, at 10 PM (ET).

Best Drama Ever. Live in Northern Ontario. We are in a Bay Sudbury Airport with 3 acres no neighbors. Welcome t do an episode here. My favourite series. Hope you are able to resume acting after all of this. ALL I know is I need a hair cut Bad. And who knows a tattoo at my age.Ha