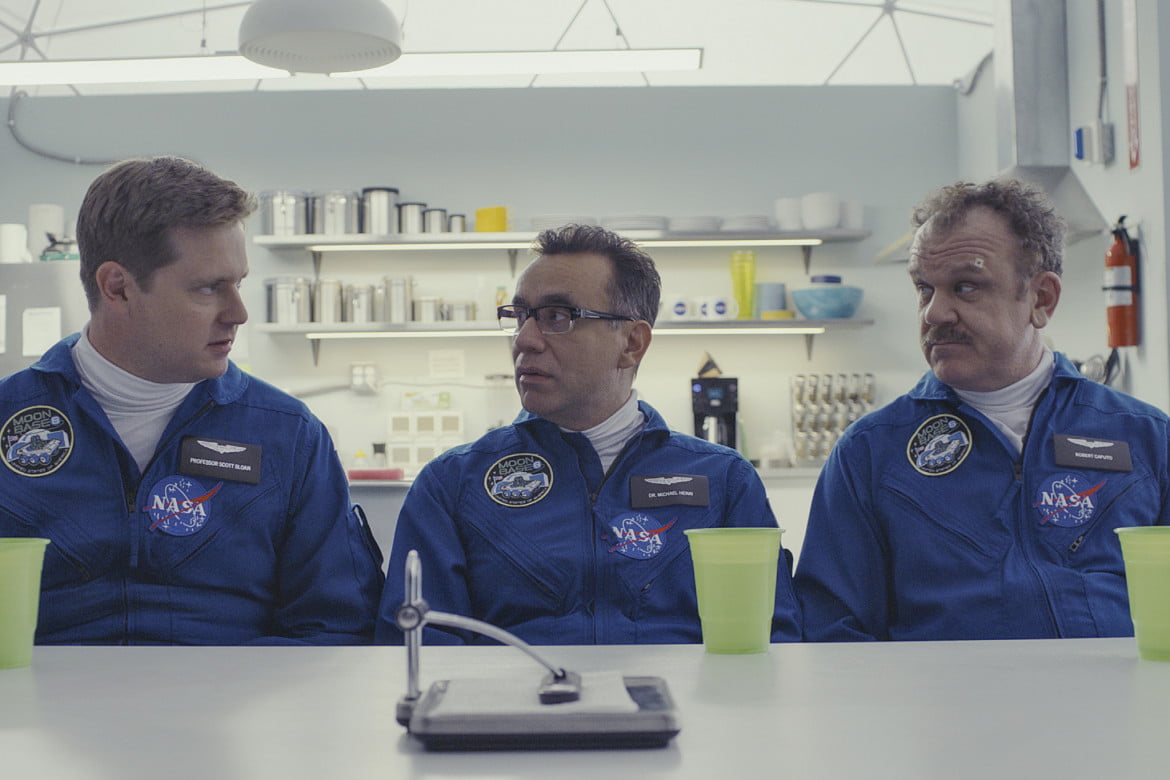 While it’s not as wacky or boundary pushing as one might expect given the creative comedic talents involved, Moonbase 8 is a dryly funny and surprisingly heartfelt series that seems custom tailored to our isolating times. Although their previous collaborations and efforts together tend towards the avant garde or over the top, series stars and co-creators John C. Reilly, Tim Heidecker, and Fred Armisen make Moonbase 8 a unique riff on the workplace comedy: a show that cares just as much about its deeply flawed characters as it does general shenanigans and gags. Anyone expecting another Tim & Eric, Dr. Steve Brule, or even Portlandia might be disappointed, but anyone who enjoys smartly written and acted comedies about stupid/smart people will be delighted and charmed.

Moonbase 8 is a NASA training outpost and simulator in the American western desert on the outskirts of Winslow, Arizona. It’s manned by three “scientific” minds all hoping for a chance at being assigned to NASA’s new outpost on the moon. Team “leader” Cap (Reilly) is an overly eager helicopter pilot from Hawaii trying his best to outrun debts and a bad marriage in a final shot at potential glory. Rook (Heidecker) is a genial Christian fundamentalist who wants to help spread the Gospel in space. Skip (Armisen) is a high-strung scientist who’s trying to live up to the expectations of his famous astronaut father. Their personalities naturally clash at times, but they’re genuinely friendly and supportive of each other on the whole.

Various trespassers, visitors, and scientists will float through the orbit of Moonbase 8 to cause misunderstandings and conflicts, but the show – directed by fellow and frequent collaborator Jonathan Krisel – mostly rests on the talents and interplay of its three leads. Every episode deals with a new obstacle in the team’s foolhardy path to the moon: they run out of water, someone gets sick, a new hire stirs up trouble, locals keep invading their hermetic space, et cetera. Most episodes of Moonbase 8 revolve around plot points that would be right at home on traditional sitcoms, but delivered here with deadpan, atypical sensibilities. It’s the sort of show where a lot of the humour comes from how things are being said rather than what’s being said, with the sparse backdrop of the base nicely calling attention to the sharpness of the performances and writing. More traditional punchlines are delivered like they would be in a general conversation, rather than by overreacting and pausing for laughter. Moonbase 8 is high silliness handled as subtly as possible, built around a familiar concept that’s having new life breathed into it. 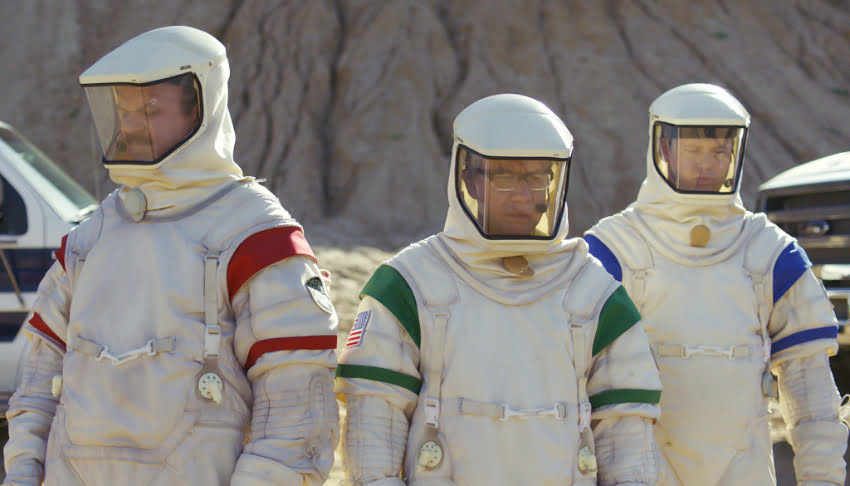 The desire to keep things simple and loose helps Krisel and his co-writer stars establish a genuine warmth for the characters incrementally over the course of the season, despite some their inexcusable and glaring faults. Reilly remains one of the best actors capable of making a character seem boorish, pathetic, and sympathetic at the same time, with Cap becoming another of his memorable avatars. Similarly, Armisen is a natural fit when it comes to playing a misguided know-it-all who can alternate between being self-aware and dangerously oblivious. They both do incredibly stupid things that are destined to backfire horribly and often unwittingly hurt the feelings of those around them, but never to a point where the characters become unlikable to be around. Moonbase 8 is a show that – like many great offbeat comedies – accepts their characters at face value. In turn, the viewer always knows that these characters will be their own worst enemies, but never to a point where anyone would want to see genuine harm come to them.

The biggest standout and surprise in Moonbase 8 is Heidecker, who’s normally cast as someone arrogant and aloof, but here functions as the heart and soul of the show. While Rook’s adherence to religion (despite holding a uniquely scientific job) is sometimes cringy, Heidecker gets a chance to play the most sympathetic and gentile character, acting as an unlikely audience surrogate. Rook is a peacemaker, but one with a personal life that’s falling apart. Rook is taking the isolated nature of the mission hardest, so he’s naturally placing the needs of others above his own. Heidecker is no stranger to playing a fool, but his character in Moonbase 8 is a different breed of rube. Of the three primary characters, Rook is the one most deserving of a hug and reassuring word, and Heidecker adds just enough subtle dramatic weight to nicely offset the wackier exploits of his colleagues.

The standard, overarching arc of each episode leaves little to the imagination. It’s the sort of show where there will be an inciting incident, the heroes will bumble and botch their way through various solutions, and eventually life will go on as it always does. It’s not nearly as edgy as past Reilly/Heidecker collaborations, and it certainly doesn’t fall under the label of “anticomedy.” At the same time, it’s doubtful that fans of traditional network sitcoms will get much out of Moonbase 8 and it’s laid back tone and delivery. It’s not actively trying to become a cult classic, nor does it have much use for traditional sitcom or sketch comedy tropes. But for those looking for a sweet spot between something overly weird and resolutely traditional, Moonbase 8 is here for them, and as such, it feels uniquely comforting.

Moonbase 8 premieres at 11:00pm on Sunday, November 8 on Crave in Canada and Showtime in the U.S., with new episodes each week. 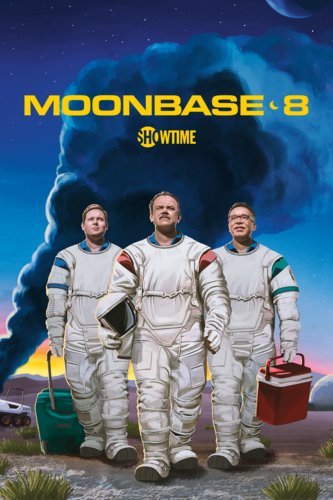