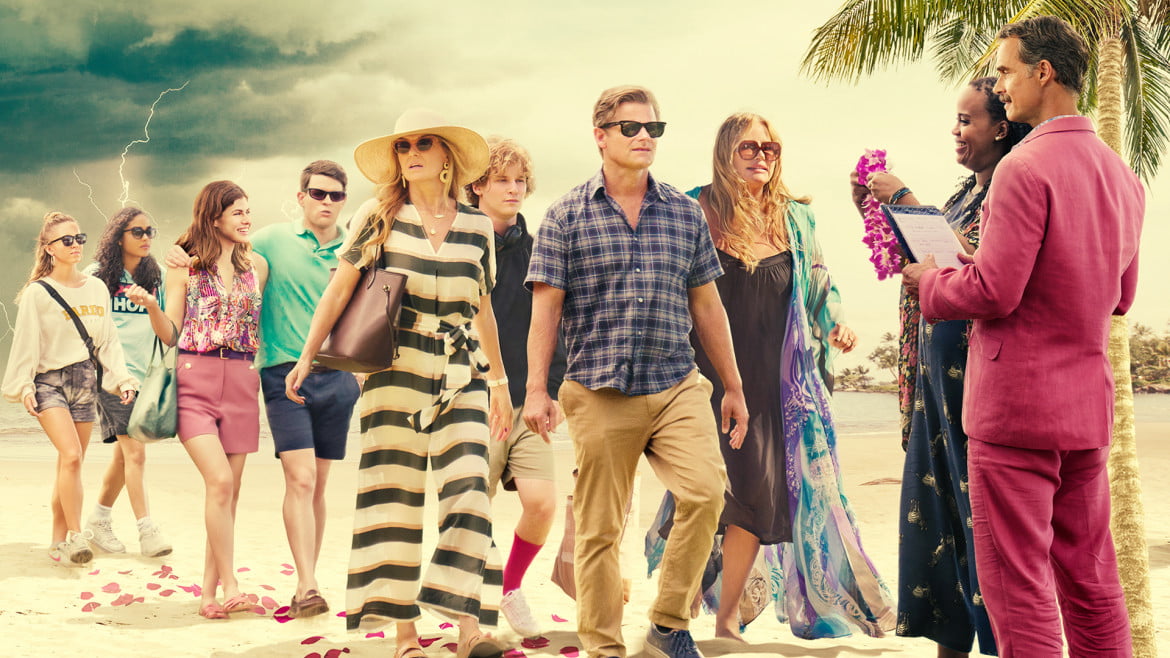 Vacationing somewhere tropical would be great right now, wouldn’t it? Imagine the beach, drinks under palm trees, and interesting people. HBO’s new comedic drama, The White Lotus, takes you away to Hawaii on July 11, there’s just a lot going on with these well-to-do, and strangely broken “interesting people.”

Writer, director and creator Mike White returns to TV with this fascinating, funny, strangely heartfelt series about elite travellers, discovering exactly what makes each of them problematic and toxic. While most of us would unwind on a good vacation, The White Lotus is a satirical look at how some people don’t know how to find themselves, even on vacation.

Streaming on Crave in Canada, and HBO in the U.S., it’s laugh-out-loud great, even when it’s making you uncomfortable. Each peek into the heart of what makes these people tick is a glimpse into what’s wrong in the world. There’s wealthy people mistreating the working class, people out of touch with their humanity, a lack of connection to nature, and so much more.

It’s funny though, and it’s rich with details that suck you into these people’s lives. White’s writing is always so sharp, and with all this room to move over six episodes, he builds a surprisingly large tapestry for each character and their flaws.

The story revolves around, and keeps coming back to Bartlett as Armond, the resort’s manager, and a guy who’s having a really terrible, terrible week.

“This character,” Bartlett said, “unravels in a way that you really get to like, lean into that, you know? And I love that it’s not held back. He just flies right off the rails.”

“I think he’s a casualty of this whole sort of toxic setup of these privileged people. Not that he doesn’t treat other people below him on the structure as badly at times.”

“It’s such a roller coaster ride and, and he feels all this deep stuff, but he actually expresses it physically, and there’s something very kind of liberating to be able to do that as an actor and fun.”

As for why Armond goes off the rails at this particular moments, “I think working in this kind of environment wears you down; has worn him down. Like this is his world. He’s like, ‘is this what people are? Is this what the world is?’ That’s got to weigh you down, and I think it has with him.”

If Armond is having a bad week, then one of the biggest reasons is Shane, played by Jake Lacy. This honeymoon trip for Shane, and his new wife, Rachel, played by Alexandra Daddario, brings a lot of things out of the woodwork. From the opening scene of The White Lotus, we know that things aren’t going to end well between them.

“I think that she was probably feeling a little weird before this, but it was easy to ignore it because the wedding and the dress and the, this and the that, and the attention.”

“And then I think it’s the first time that she’s really sat down and been like, ‘I feel a lot of anxiety and it’s just growing and growing and it’s not getting any better and I’m trying to talk to my husband about it.’ And I think when she starts to talk to him about how she’s feeling and he dismisses it… I’ve been in a relationship like this, where your feelings are not validated or heard, and I think that it causes a real, tremendous anxiety.”

“And I think it just grows to the point where she needs to make him understand how anxious she is… [and] I don’t think it’s any one thing, it’s just him.”

Shane really is an easy guy to hate, and for Lacy, playing him was interesting because of White’s vision for the character.

“Mike offered up, early on, a layer that I hadn’t thought of, that [I] haven’t experienced in my life. He sort of floated the idea of a guy who, because he has money and because he’s grown up in a privileged way and is a white male and is continually paranoid that people have a resentment toward him because of his circumstances, [he’s] always one foot back trying to sort out whether he’s being treated differently or done wrong or, you know, someone [is] laughing at me behind my back because they assume I’m a certain way.”

“But then that paranoia manifests itself as being distant and cold and vengeful and selfish. And it’s this horrific, weird cycle that Shane lives in all the time and then also provokes people and does things that are not kind or polite or compassionate. That internal discord was a lot more fun than just being like, ‘I want what I want and I don’t care about other people,’ [which isn’t] particularly interesting.”

At the same time as Shane is making some people’s lives miserable, the Mossbacher family is embroiled in drama that they seem to live in permanently.

Nicole Mossbacher, played by Connie Britton, is one of the wealthiest, most successful tech leaders in the world, but her family is messy and they all have issues.

Her husband Mark, played by Steve Zahn, has a health issue he’s facing, on what I’d call an enlightening trip for him, and that makes him reflect on a lot of things, including the idea of how people face the monkey that’s inside them.

People are, after all, close to monkeys, and Britton had an incredible take on what that idea meant for everyone on this trip.

“For Nicole and all these characters, the monkey is our connection to our humanity and our organic nature,” she said. “And, you know, we’re seeing all of these characters in their very distinct, specific ways having disconnected from their natural surroundings, from their sort of human source and from themselves, so we see them in the chaos of what that is and what that looks like to family and to relationships and to life.”

Zahn summed up the Mossbacher’s issues pretty easily, too. While Mark goes on an enlightening journey on this trip, after he gets news about his health, the trip is really only a change of scenery for these characters.

“They just changed their backdrop,” Zahn said. “Everything else is the same. Really it’s the same. It’s the same devices and the same tablecloth and the same food and the same clothes. So it’s odd to me, like, is this really a vacation? Is this a place where you can actually kind of meditate?”

Zahn’s character even challenged him, in a funny way.

“Mark, he’s a funny dude. I mean, he really thinks a little too hard. It’s like, you don’t always have to talk dude. And you know, Connie says that the joke is, ‘do you ever edit yourself?'”

“Just, oh my God, some of those scenes are so painful to do just cause it was like, ‘Oh, God, just shut up.'”

There’s a lot more to dig into with The White Lotus. Start watching it on Crave starting July 11, and come back for more interviews with the stars of the series, including Jennifer Coolidge, Fred Hechinger, Brittany O’Grady, and Sydney Sweeney.

All images courtesy of HBO.