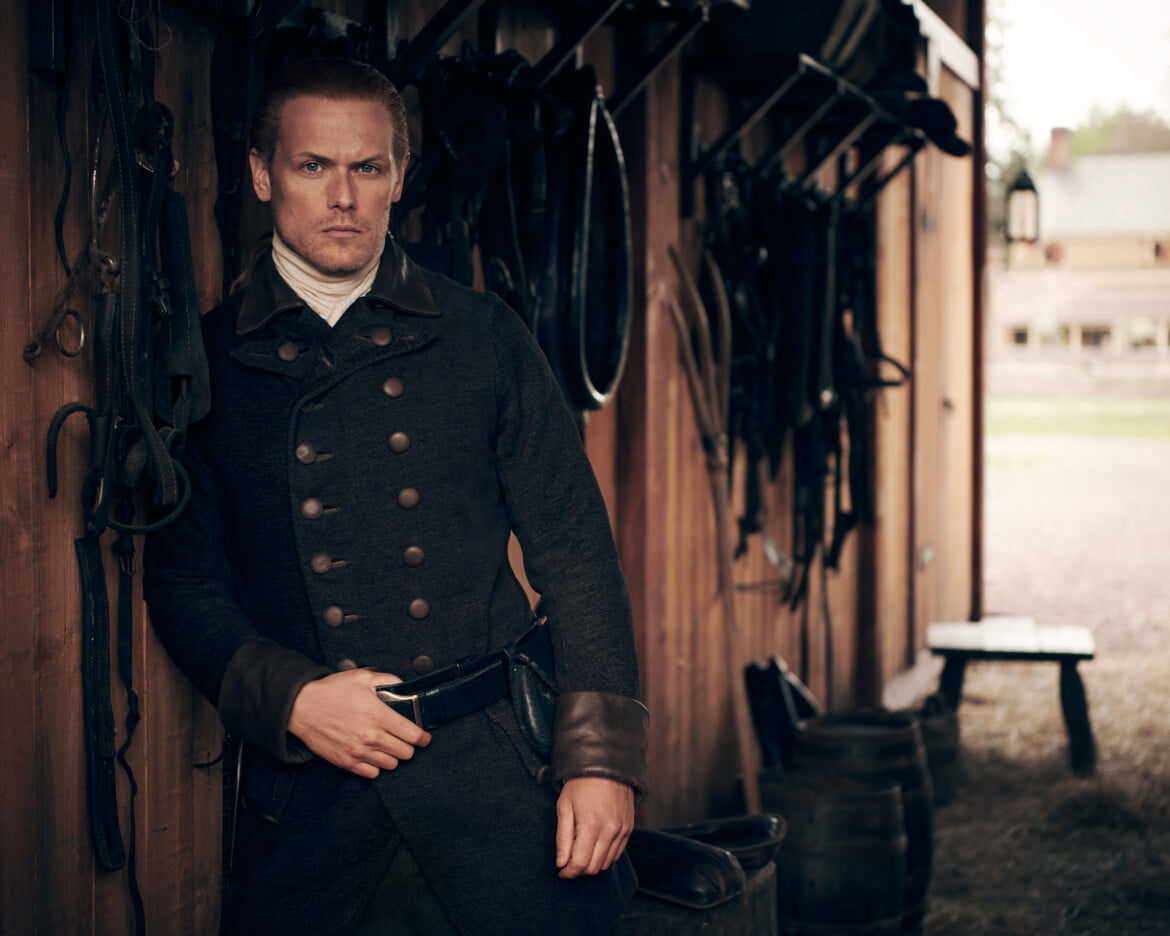 Jamie Fraser has a tough road ahead of him at the start of Outlander season 6.

The last season ended on a dark note, with one of the most traumatic moments in Outlander history, so where do Jamie and Claire go from there?

I sat down with Scottish actor Sam Heughan to talk about the latest season of the series, based on the popular novels by Diana Gabaldon, and he had a lot to say about the tests ahead of the two characters.

“I hate to say,” Heughan said, “but it’s not going to get much lighter.”

“So Claire obviously went through a lot of trauma and the assault, and some time has passed and [for] the people of the [Fraser’s] Ridge, life moves on, and we think that Claire, she’s got over it. And she normally does.”

“She normally deals with these kind of things pretty forwardly–she just moves on, she’s quite pragmatic–but I think it really has affected her… and he’s unaware because he has his eyes on a lot of other problems that he’s dealing with, from the war of Independence is fast approaching, to his loyalty to the British, knowing that they’re he’s on the wrong side.”

“And also in the form of the Christies who arrive [and] really sort of unsettle things.”

“So, yes, there are light moments, but it’s Outlander, so be prepared.”

When I asked him about working with Caitríona Balfe, he joked at first, but quickly spoke about their incredible working relationship.

“We know how each other work,” he said, “and we we started together. We’ve been on this long journey together. It’s like, you just know how they’re going to react… we also have each other’s backs. If the other actor isn’t feeling comfortable or something isn’t working, we’ll work through it together.”

“She is very thoughtful. She’ll always approach things, having giving it a lot of thought, and then she’ll go out at 100%, and I think that’s what’s so great is to have the kind of perfect scene partner, right? Someone that would just give everything, but also that if you’re extremely comfortable with.”

Watch the full interview with Jamie today at 6:00 PM (ET) on YouTube to hear more about the new season, one of the major new character, and what he admires about Jamie. We also chatted about one of his favourite scenes this season, and his Sassenach whisky.

Outlander season 6 premieres on W Network in Canada on Sunday March 6 at 9 PM, or stream it live or on demand with STACKTV. Watch the series on Starz in the U.S.