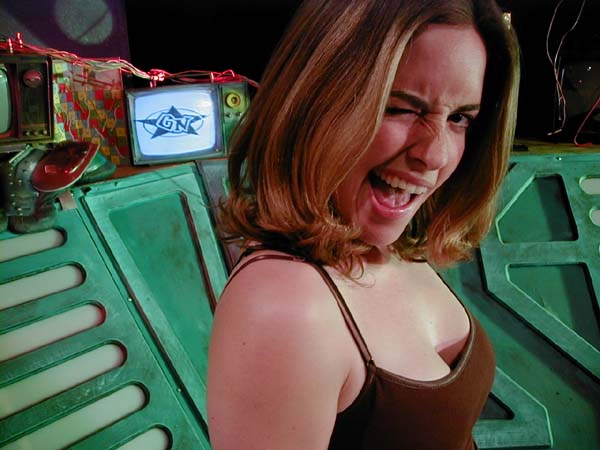 We don’t know a lot about Suki, but the pieces of her story that we do know make for an interesting tale.

She’s currently the host of a very popular video game review show and website called Game Nation, but in the past, she has also worked on event marketing for a variety of radio and TV companies, and did some youth consulting for a band. Suki is also an avid gamer, speaks both french and english, and would someday like to own the Batmobile.

The 5’6″ blonde is originally from Saskatchewan, but she seems to travel a bit doing occasional appearances to promote the show. One appearance at SkyDome practically caused a riot as a mob of teenage guys, who are the main fans of Game Nation and worship Suki, attempted to get her autograph.

All Photos courtesy of Game Nation.