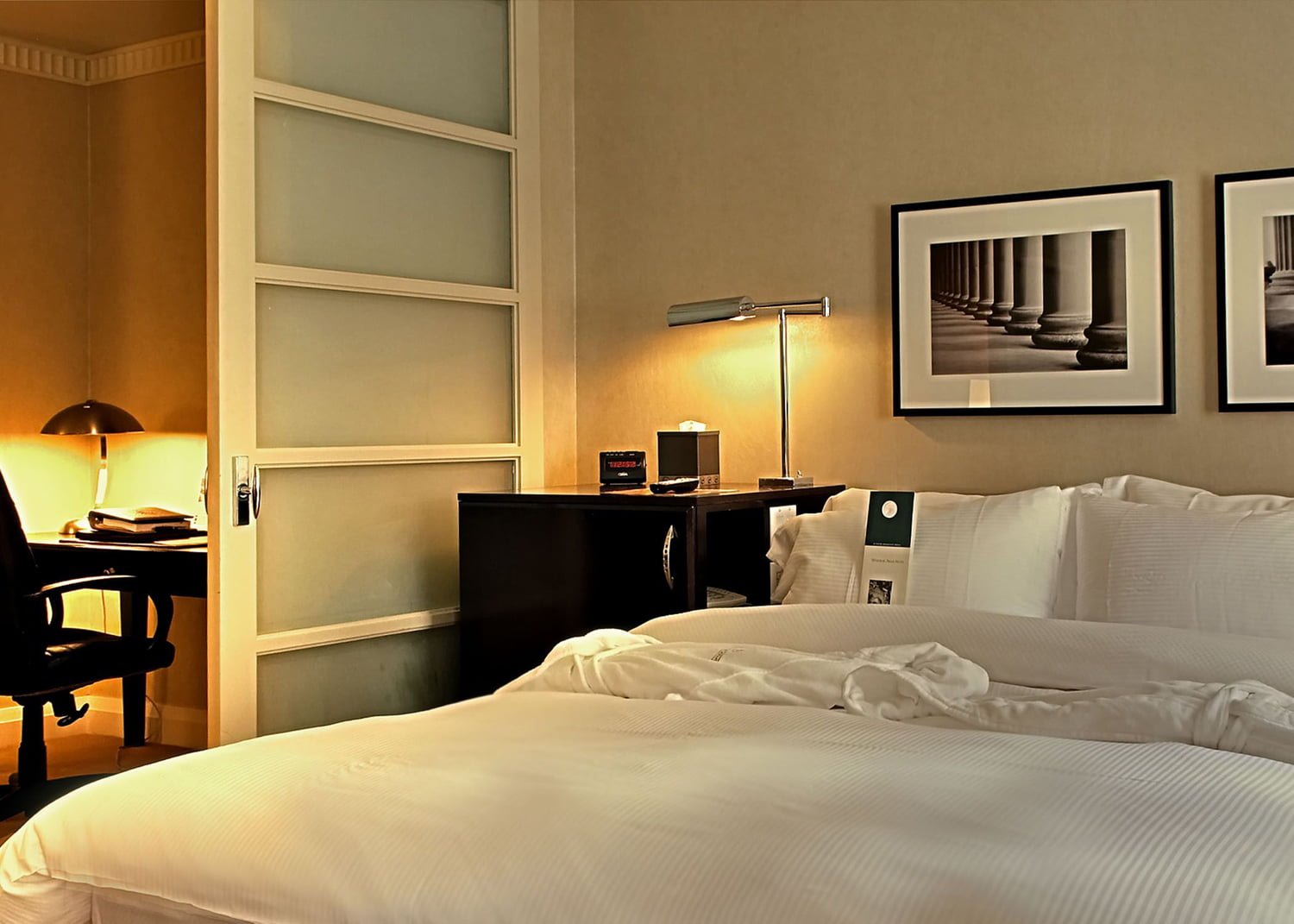 On a quiet little side street between two of the busiest streets in the country sits one of the gems of the hotel world–not just in Toronto, or even this country, but one of the gems of the entire hotel world. This is not just a personal opinion, while certainly being that, it is also an opinion backed up by Conde Nast Traveler Magazine which named the Windsor Arms Hotel the third best boutique hotel in the world (out of almost 300 boutique hotels scrutinized worldwide).

The elegant and luxurious Windsor Arms Hotel has been around since 1927 in various incarnations, but it was in 1995 when a visionary developer named George Friedmann bought the then dilapidated and closed down Windsor Arms Hotel and turned it into something that would be a first in North American and something that would touch off the next wave in the boutique hotel revolution that would be copied by virtually every other hotelier out there ever since.

The term boutique hotel tends to be over used or misused at times. While small hotels, or inns, have been around forever, the term “boutique hotel” was not part of the hotel lexicon until New York hoteliers Ian Schrager and Steve Rubell applied it to a hip little hotel they built in 1984 called The Morgan in New York City. A reporter asked Rubell what the difference between their hotel and any other big hotel was, Rubell answered, “It is like the difference between shopping in a big department store like Saks Fifth Avenue or shopping in a hip little boutique.” The journalist put the words boutique and hotel together for the first time based on Rubell’s comment.

In 1995, when George Friedmann was buying the old Windsor Arms Hotel, he had an idea to do something a little different, something untried. He would refurbish and restore the Windsor Arms Hotel to the famed place of luxury it once was (it was the favourite Canadian hotel of Elizabeth Taylor and Richard Burton–in fact Richard Burton proposed to Taylor in the Courtyard Café in the Windsor Arms Hotel) but he would also build a condo tower on top of the hotel thus combining the worlds of hotel living and hotel culture with condo culture – giving the condo owners access to all the perks and amenities of the hotel and giving the hotel guests, no matter how long their stay, the feeling that they are living in a home, not just staying in a hotel.

At first this idea was rejected by every financier Friedmann approached both far and wide as an untried idea that seemed to contravene what everyone believed to be the separate rules that were applied to condo living and hotels, but Friedmann persisted (and ironically one of the financiers who turned him down now owns one of the Windsor Arms condo units!) and in 1999 the new, ultra luxurious Windsor Arms Hotel and residences opened with great success and ever since virtually every hotel built in this city and other cities around the world would copy George Friedmann’s model of building a hotel/condo tower together, including most recently the new Ritz Carlton and Trump International Hotel in Toronto.

The hotel itself is a perfect mixture of the old and the new. When you enter the lobby you feel the intimacy of the dark wood and limited space, to your right is an intimated little bar, to your left the famous tea room, and straight ahead the immense, Courtyard Café with it’s natural light and very high ceilings and columns (with the main hotel restaurant, Prime, tucked in between the famous tea room and the Courtyard Café).

The hotel has just 28 suites, and all–starting with the standard rooms that are between 500 and 550 square feet on up to the fabulous Windsor Suite at over 1500 square feet–are configured in such a way that they feel even larger and more opulent than the square footage might indicate.

Each suite comes with a kind of a dumbwaiter that allows newspapers or room service orders or anything you may request to be sent to your room without your being disturbed. The butler simply leaves your request in the little closet he accesses from the hallway and turns on an indicator light – you can then receive what you ordered at your leisure from inside the room without anyone having to come into the room to bring it to you. The beds are large and comfortable with soft bedding and each suite has an abundance of natural light via windows that open.

The halls are dark and intimate with very cool photographs lining the wall–all taken by Ron Galella, the first celebrity photographer to become a celebrity (after a high profile incident when he snapped a photo of Marlon Brando when Brando did not want to be photographed. Brando then broke his jaw. The photo of Brando snapped just seconds before he slugged Galella is on the wall on the 3rd floor). If one of Galella’s many photos lining the walls in the Windsor Arms grabs your fancy, prints of all of them are available for sale.

The Spa on the 4th floor is a bright, white, comfortable place for relaxing, getting massages or manicures, working out, or just some quiet time with your morning coffee. The swimming pool in The Spa is delightfully relaxing, because of the layout you feel like you are swimming in a private pool that is just for you. The water is soft and warm (Bromine salt rather than chlorine) and there is a fireplace and a sauna in the pool area for added luxury.

Other recent events held in the Courtyard Café include a whiskey tasting event staged by Balvenie of Scotland during which some super premium single malt scotch was unveiled for only the second time anywhere outside of the actual distillery in Scotland and a highly anticipated upcoming event involves special celebrations to commemorate the impending wedding of Prince William and Kate Middleton. For all of April a special Royal Tea will be held in the Famous Tea Room–the event includes a special tea menu, champagne and a commemorative plate all for one price–then special room packages will be on offer for the night of the 28th of April that include champagne breakfast and live coverage of the Royal Wedding on a huge screen set up in the Courtyard Café.

The Windsor Arms Hotel is a small hotel in terms of size but in terms of its elegance and luxury and well earned reputation as one of the best boutique hotels on earth it is nothing short of being a kind of larger than life grand that has to be experienced to be fully appreciated. 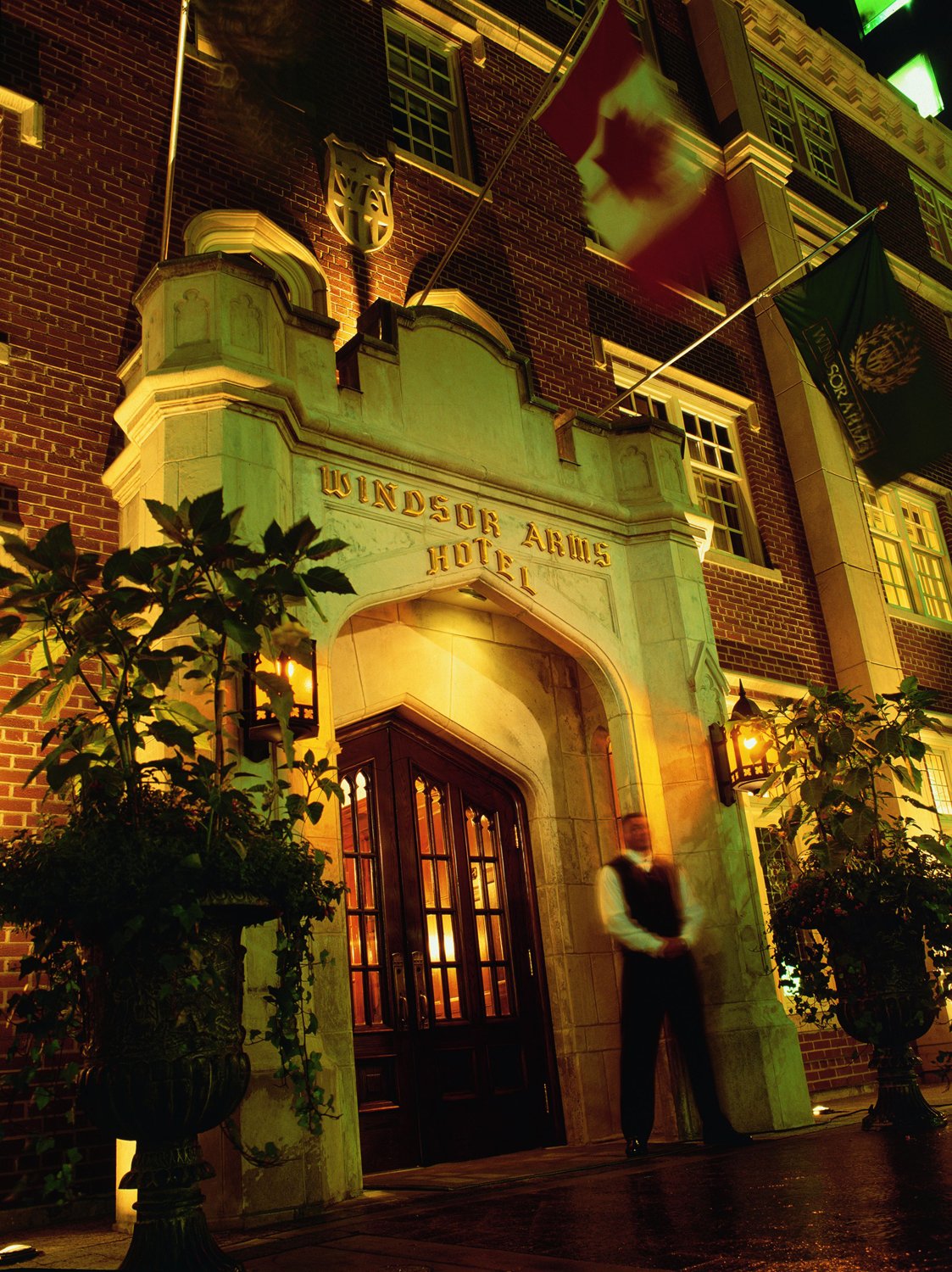 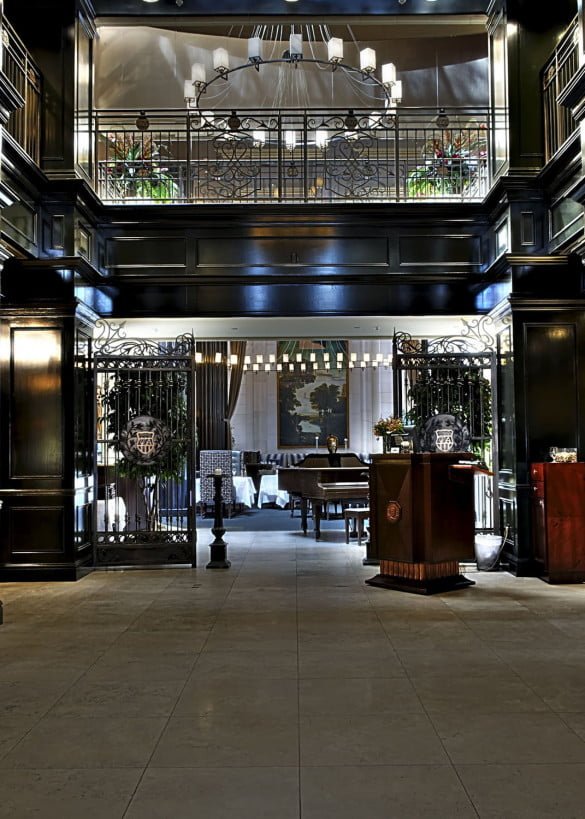 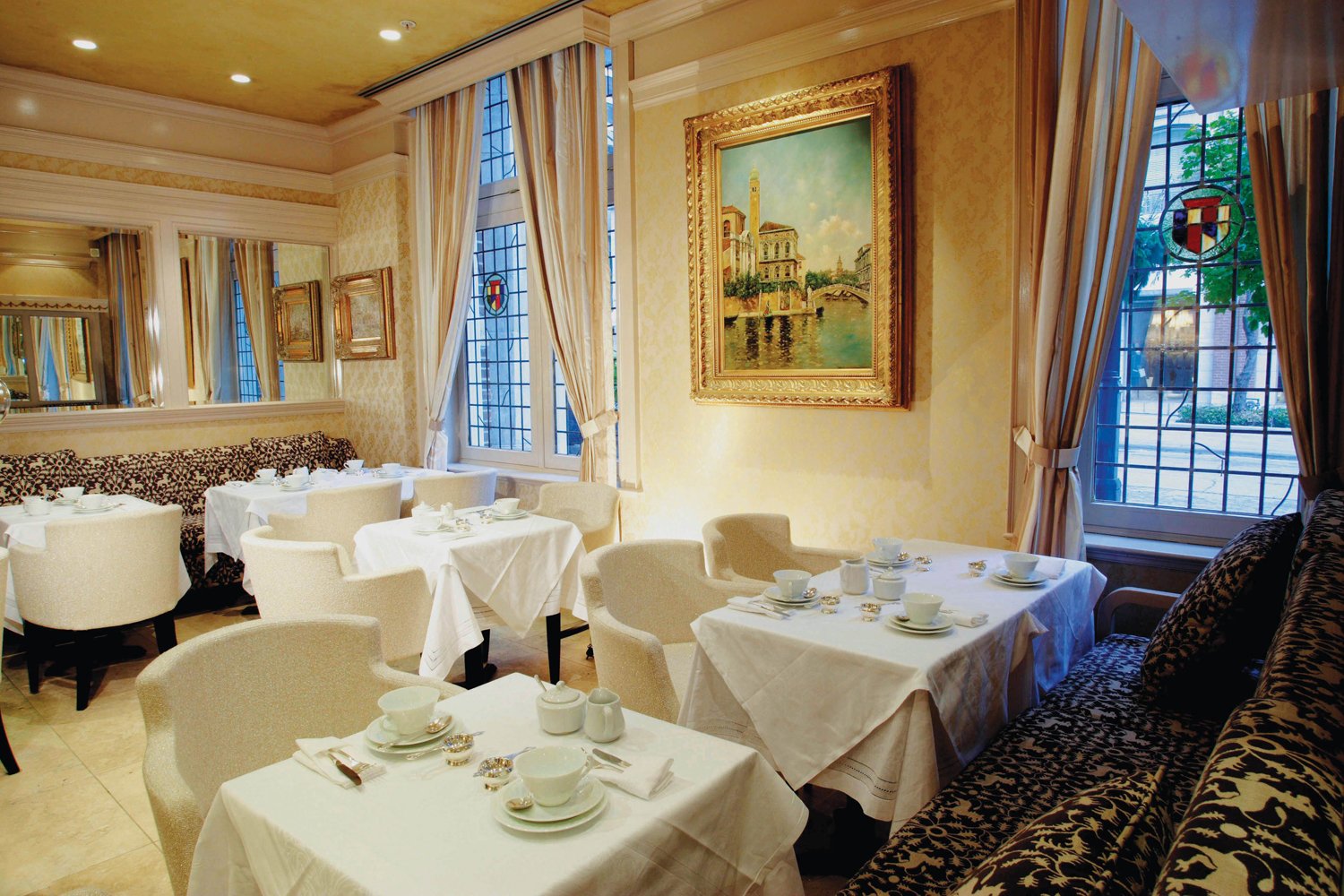 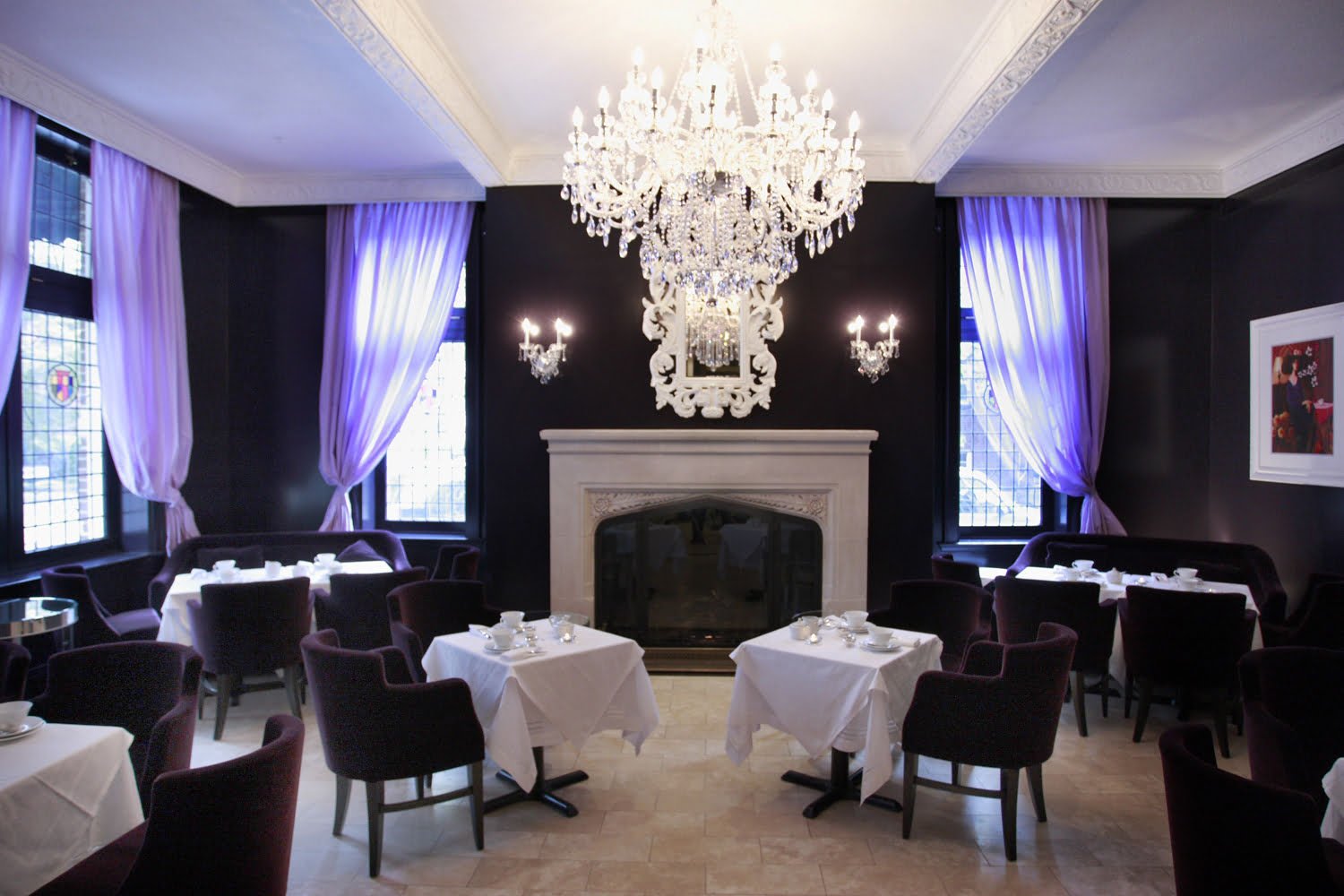