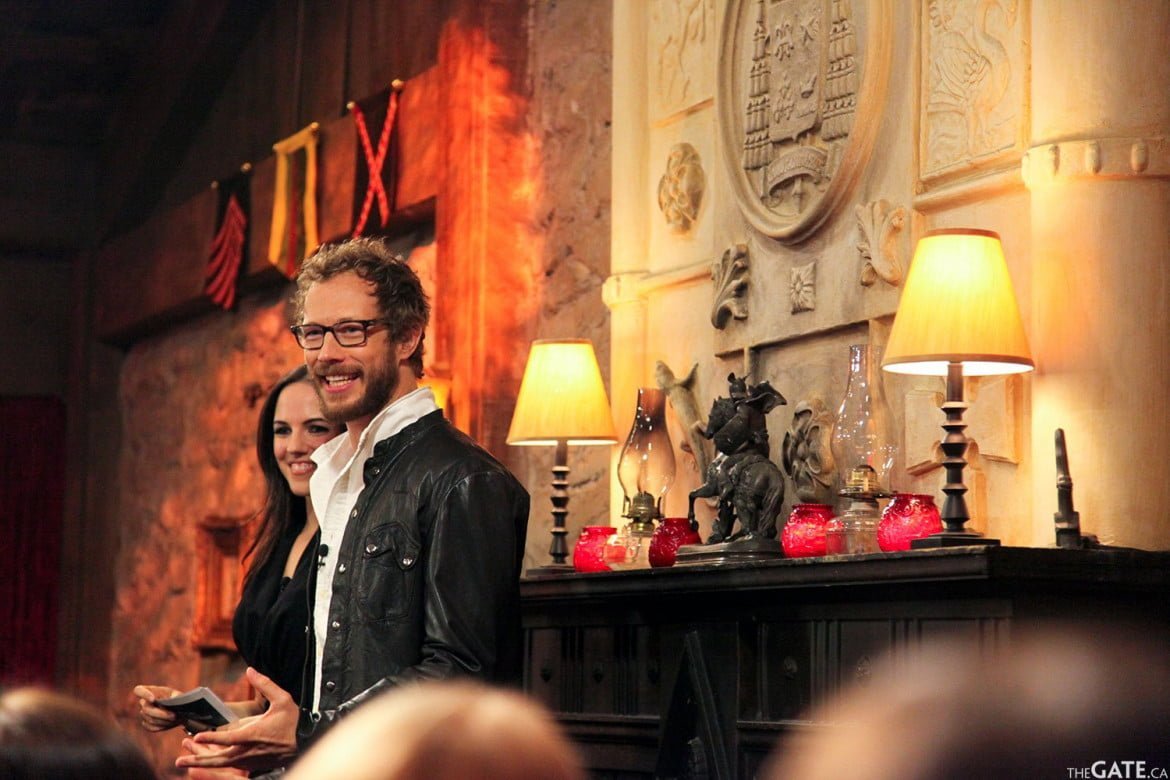 Earlier today, Showcase brought a select group of Lost Girl fans together in Toronto to watch the second-to-the-last episode of season two and spend some time with the cast.

The special event was taped on the set of the Dal Riata, the Fae bar on the series, and will air on Sunday, April 1 at 8:00 PM ahead of the season two finale at 9:00 PM on Showcase.

Because of all the hardcore fans in attendance, who won their way into the event, there was a definite party mood throughout the whole afternoon, and all the stars who came out seemed to have a blast playing off the crowd, not to mention joking around with host Steve Cochrane, who is also one of the show’s writers.

I’ve been lucky enough to interview Anna Silk, the star of the show who plays the succubus Bo, before, and the incredible Kris Holden-Ried, who plays the wolf shapechanger Dyson, but this was my first opportunity to meet co-stars Richard Howland (Trick), Zoie Palmer (Lauren), Ksenia Solo (Kenzi), K.C. Collins (Hale), Paul Amos (Vex), not to mention executive producer Jay Firestone. They’re an incredible group, with huge energy, and it was a blast listening to them talk about this clever, quirky show, and how they’ve made these roles their own.

It was also a great way to watch this episode, ‘Into the Dark’, since it’s pretty rare that you get such a fun chance to watch a fan favorite series like Lost Girl on the show’s set to boot.

Stay tuned tomorrow for a small gallery of photos from the event, plus video from the interview session media had with the cast at the end of the taping (I’ll warn you now, the audio in the room was not great). Otherwise, check out the pre-show and the season finale next Sunday.

One other note for fans waiting for the DVD, staff revealed during the interviews that you can expect season one of Lost Girl on DVD on April 16, most likely, with the DVD arriving in the United States within a couple of weeks after that. The cast will also be making a showing once more at San Diego Comic-Con, but they’re still working out the details exactly who will be able to attend from the cast since filming for season three will be under way at that time as well. 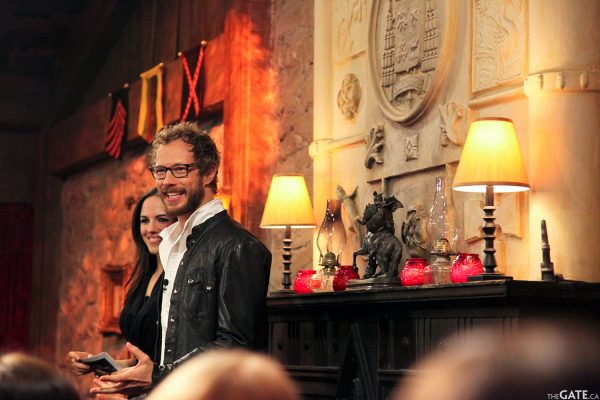