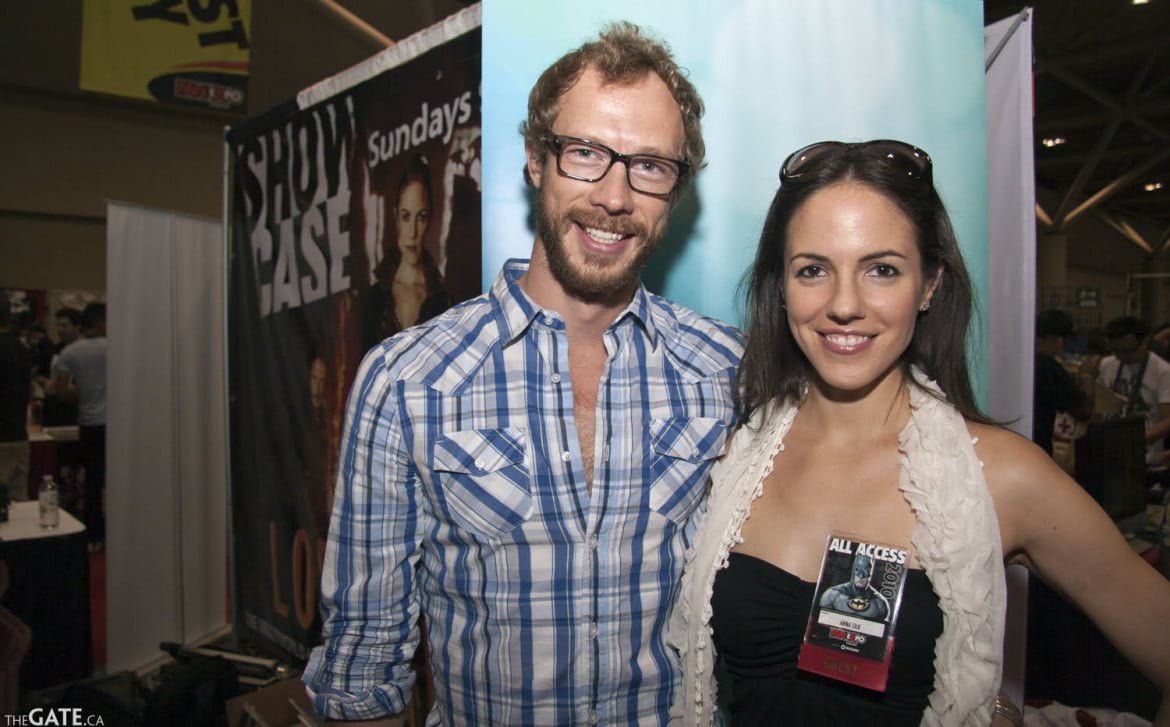 Time to get your geek on as Fan Expo prepares to take over the Metro Toronto Convention Centre from August 25 to 28, covering more than 250,000 square feet, with dozens of stars and celebrities planning to meet with their fans.

Expanded to four days of festivities this year, the nerdgasmic event will play host to: the Six Million Dollar Man, Lee Majors; Karen Allen from Raiders of the Lost Ark; Freddy Kreuger himself, Robert Englund; Harry Potter‘s star bully, Tom Felton; Anna Silk and the cast of Canada’s own Lost Girl; Star Trek: The Next Generation‘s sexy telepath, Marina Sirtis; the one and only John Waters; Hercules star Kevin Sorbo; and the list goes on and on.

Tickets are already on sale for Fan Expo, and you can pick up a limited Premium pass for $109, Deluxe passes for $79, and daily single passes from $25 to $40, depending on the day. Due to the limited amount of space at Fan Expo, and the crowds who came out for last year’s event, fans are encouraged to pick up their passes well in advance.

Although the event still has a long way to go to rival San Diego’s Comic Con, the event is building momentum each year, with studios hosting special sneak peeks and meet-and-greets for fans. Last year, fans got a preview of Tron: Legacy and the recent Alien Anthology on Blu-ray.

For more details about the event, and to view the complete list of guests, go to www.fanexpocanada.com.

MASQUERADE – SATURDAY NIGHT ONLY! 8PM (All genres)
If you’ve never been to a masquerade or costume play, THIS is the one to attend! This annual event features creative fans showcasing their original costumes derived from the comic, sci-fi, horror, anime and fantasy worlds – all on stage for a chance to win bragging rights. Master of Ceremonies, Gordon Rose, brings you the most popular event of the weekend and the largest show of its kind in Canada!

NERD SPEED DATING (All genres)
For the first time ever, speed dating is coming to FAN EXPO CANADA™! Come and enjoy good music, great company, and the thrilling potential to meet your soul mate! Each genre will have its own session and is free for all attendees! This is the perfect opportunity to seek out like-hearted individuals at the biggest fan party of the year! This event is for adult 18 years of age or older.

SKETCHING DUELS (Comic)
Check out your favourite comic artists as they go “pen to pen”! The original art they produce goes up for grabs once they’re all done! An amazing experience to witness, these friendly competitions show who’s got the edge in comic book illustration!

NEW – STEAMPUNK BELLYDANCERS (Sci-Fi/Fantasy)
The Mirage Bellydance Company is a collective of dancers who are passionately in love with this art form. The troupe has recently begun to perform Steampunk-inspired pieces with spectacular results! Enjoy as they join Fan Expo Canada for the first time.

STEAMPUNK FASHION SHOW (Sci-Fi/Fantasy)
Fan Expo Canada has ushered in a new era of costume pageantry, with the help of Steampunk Canada. Don’t miss this eye-popping array of creations that you will never forget!

STAR WARS – JEDI SCHOOL (Sci-Fi/Fantasy)
Lightsaber Dueling Demo & Workshop. How do Jedis do it? It looks so cool! Find out here.

STAR WARS MASKS, COSTUME & PROP WORKSHOP (Sci-Fi/Fantasy)
Do-It-Yourself: Making molds for masks, props, and gadgets and dioramas. The expert members of the 501st Legion share their experience and secrets on making the best costumes in the world.

SCREAMING ROOMS (Horror)
Non-stop previews for new and upcoming films and projects throughout the entire weekend!

ANIMOTION J POP DANCE (Anime)
Coming to you from the heart of downtown Toronto, Fan Expo is proud to present our annual J-Pop dance. Featuring a mix of the hottest hits from the hottest shows, to classics everyone remembers and loves, ANIMOTION promises to give you the beats to unleash your inner dance machine!

ANIME NAME THAT TUNE (Anime)
Many famous Japanese pop stars started off singing opening and ending songs for popular anime shows. Do you have what it takes to identify the songs, the singers, or the show? Test your knowledge in our annual musical free-for-all!

ANIME WIN, LOSE OR DRAW (Anime)
You can draw your favourite characters on your notebook in the middle of classes, but can you do it when the pressure’s on? The clock is ticking down and your friends are watching to see if you can pull it off. Be judged by our crack team to win prizes!

ANIME KARAOKE PARTY (Anime)
Want to relax a little at night? Come on by and pick a song or two to sing. Choose from a wide variety of songs as your friends cheer you on or just lounge around as others belt out their favourite songs. Fans are invited to come and “belt it out” and enjoy great food, beverages & patio. No cover charge – must be 19 or older.

DUNGEON MASTER CLASS (Gaming)
Not often do you get the chance to hold court with such important Dungeons & Dragons creators. Ed Greenwood and Robin Laws lead this panel discussion on the epoch gaming world that is D&D, a system that is approaching it’s 40th Anniversary!

VIDEO GAME TOURNAMENTS (Gaming)
GX offers the largest destination for live competitive console and PC gaming tournaments. Featuring all the latest and hot titles, FAN EXPO CANADA™ is home to the largest gathering of gamers in the country!

CARD GAME TOURNAMENTS (Gaming)
GX has been the site of the Canadian National Championships for the hit card game Chaotic, as well as Magic: The Gathering, Pokemon, and UFS Universal Fighting System.