TIFF ’12: Full scoop on day one at the festival 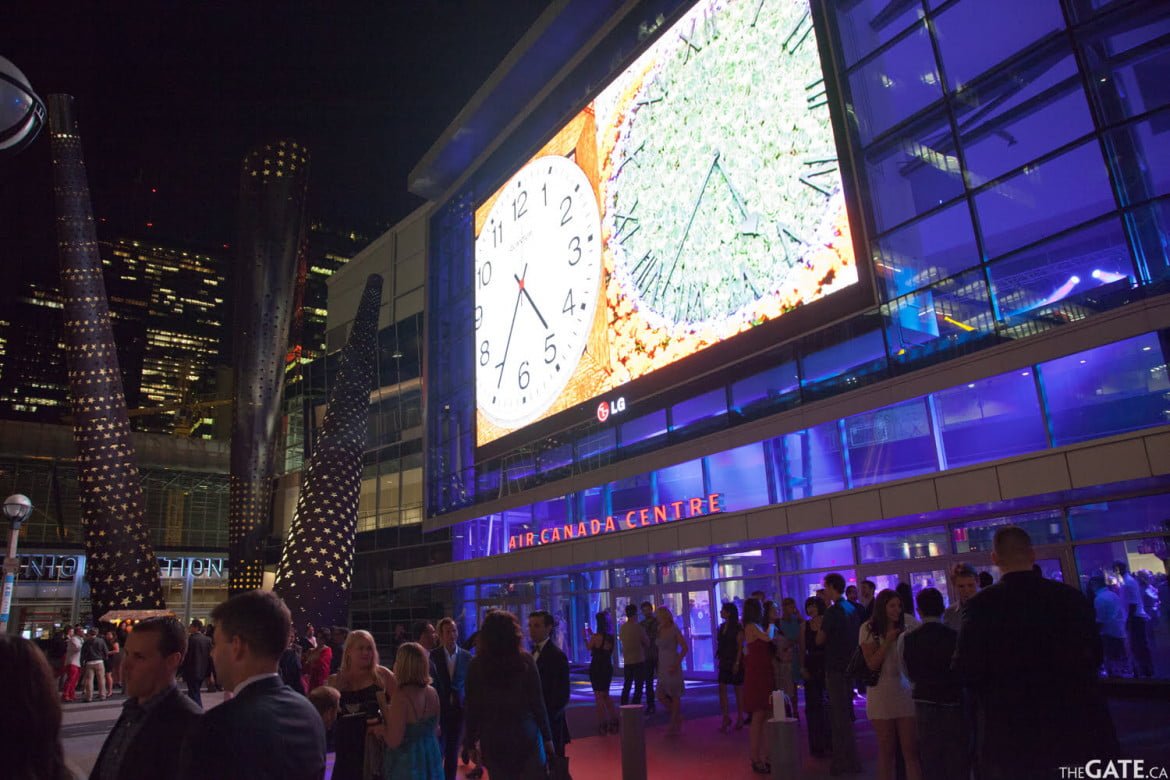 The first day of the festival was a great start to what I hope will be an epic year at TIFF. Although I missed the screening of Tabu, a film I have been dying to see since I first saw the trailer for it, the interview with Emily Blunt for Looper was incredible.

Blunt is a strong, charismatic actress, and she makes any topic interesting, but when she talked about Looper, and about working with writer/director Rian Johnson, not to mention Bruce Willis and Joseph Gordon-Levitt, she really lit up. During the interview she also mentioned that her next film, as some people may already know, will be All You Need Is Kill alongside Tom Cruise–a film that requires her to learn Krav Maga.

After meeting Blunt, I had interviews with actors Karl Urban and Olivia Thirlby, plus writer Alex Garland for the film Dredd 3D which opened yesterday at Midnight Madness. Urban and Thirlby had some interesting things to say about acting in the film, and Urban particularly discussed what it was like acting behind Dredd’s iconic helmet, but I have to admit that I was most interested in what Garland had to say about writing the film and working with director Pete Travis.

Garland, as well as Urban, actually, was a long-time fan of the Judge Dredd comic books, so this project was a dream-come-true, and while Garland was kind of an intense interview subject, he had some great stories to tell about visualizing the effects of the Slo-Mo drug, and some of the deeper subtext of the story.

From that interview, I ran into an elevator to get a few floors up to the Tastemakers Gift Lounge, where I was set to interview TIFF Rising Stars actor Charlie Carrick. Although the Rising Stars program is fairly new, it’s an interesting idea, shining a spotlight on the actors who could be the next big actors to in Canada, and around the world.

Carrick talked about the star system in Canada, and his career so far, but he also touched on his upcoming role on the latest season of The Borgias, and the thrill and fear of working in theatre where each performance has to be fresh. He also readily admitted that he’s not exactly a fan of parties–something I can certainly agree with considering most of them don’t seem all that inspired.

Running from that interview, I made it early to the red carpet at Roy Thomson Hall for Looper, and got a decent spot while I also did a quick radio spot for AM640 with Arlene Bynon. We chatted about the buzz going into this year, and what films people should watch out for before I went back to waiting for talent to arrive.

Although there weren’t a lot of great opportunities for photos of Bruce Willis or Joseph Gordon-Levitt, the carpet was decent, and I nabbed some great shots of Emily Blunt and her husband John Krasinski.

I then made a quick stop at the Toronto Film Critics Association party at Milagro before I sat down at a nearby cafe to post the photos from the Looper red carpet. That took a little time to edit, but once I was done I had enough time to make it for the red carpet at the TIFF opening night party at Maple Leaf Square.

Now, I’ve been covering TIFF for a while, and the opening party has always been kind of interesting, but I felt was a bit mixed about it this year.

For starters, the photo stop for the stars was about 20 feet away from where the photographers were standing, and it was behind the interview line, so you had to shoot over some people’s heads to get a shot.

That wasn’t so bad though, especially since I got an early interview (I was supposed to interview him today) with Looper composer (and Rian Johnson’s cousin), Nathan Johnson, who was frankly just an awesome guy to speak with, and he had a lot to say about the unique approach he took to making the film’s score.

Not as great though was the party itself. Most of the party was actually inside the Air Canada Centre, and while I don’t mind the place for a game, it was not the classiest venue for a party. Compared to the various rooms and spaces at the old venue, it kind of looked like a dive, and felt like the planners had just added some moderately classy food and drink options in a cavernous concrete hallway–which, in fact, they obviously had.

Sorry, I don’t expect a lot from a party, but I do expect a good vibe and a great space, or at least a space that was used right, and this wasn’t it. The crowd felt like they weren’t quite into that whole atmosphere either, but maybe that was just my own mood.

All told, even with the lackluster party, it was a fantastic first day for TIFF 2012. I will be posting everything I can from yesterday over the next couple of days, and in the mean time, expect more updates as the festival progresses.

Oh, and one last thing. Thanks to each and every one of the people out there who have been working PR for festival films and stars and helping me with these opportunities, interviews, red carpets, and everything else. I really appreciate it all, and I hope you all get sunny vacations after the festival to unwind a little after the insanity.