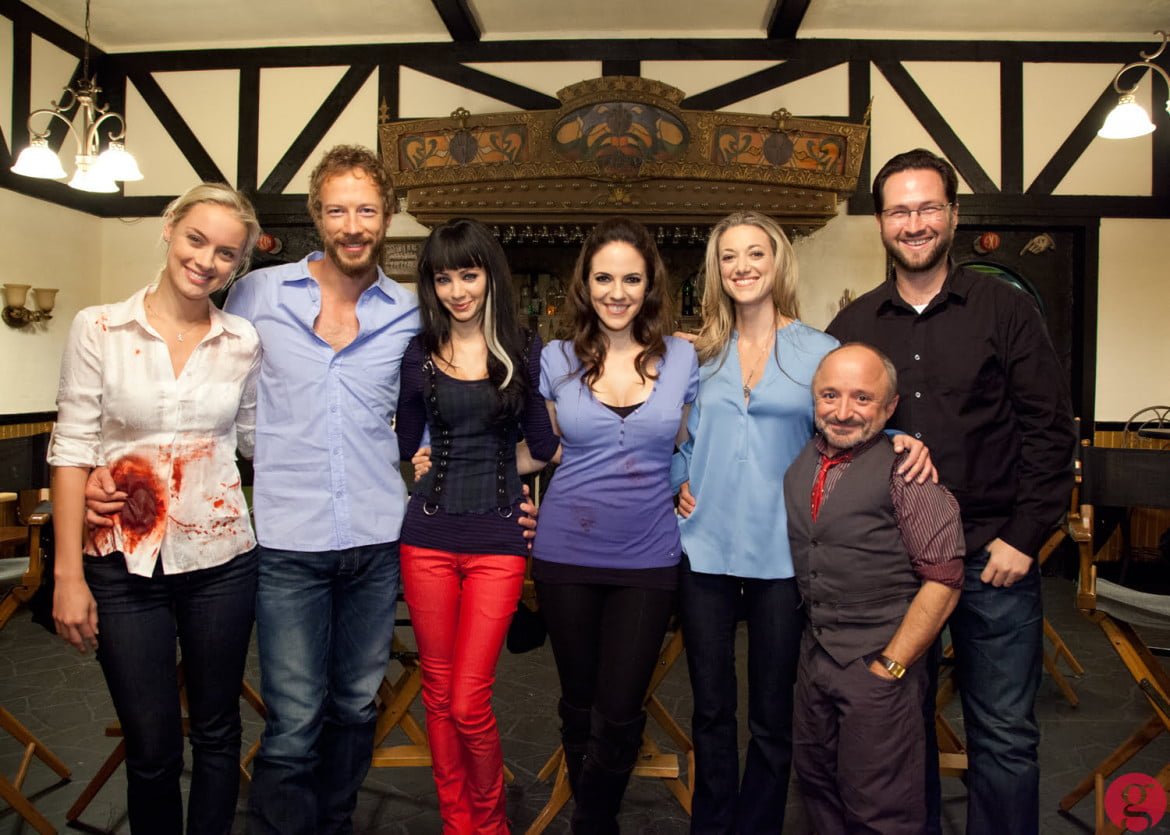 It’s time to be honest with you, Lost Girl fans, about the worst-kept secret on The GATE.

On set, the new character Tamsin, played by Rachel Skarsten, had a giant blood-stained wound on her stomach, and star Anna Silk, who plays Bo, clearly had a matching blood stain on her shirt where she had pressed against Skarsten.

Because of that blood stain, I ended up editing Skarsten out of my photo from the set, which I restored above, and the I hid the fact that the videos were from the final day of shooting on season three, but that didn’t fool the eagle-eyed fans who were paying attention and saw the original photo before I changed it.

Now that the truth is out, it seems pretty safe to finally reveal a bit more of the story. In this week’s episode, “Hail, Hale,” Tamsin is shot, and the consequences are revealed in the season finale, which airs on Showcase this Sunday, April 14 at 9:00 PM (ET/PT). While I won’t give away many spoilers, I will say that one major scene has Bo trying to help Tamsin (the duo now known as “Valkubus”), and they inadvertently pull out a chunk of the Valkyrie’s hair while they’re figuring out what they can do for her.

During my visit to set, I watched filming for that scene, and I even have the sides (the mini shooting script) from that day as well. Not that I’m going to give much away.

The only spoiler I’ll give you is my favorite line for the episode, which Bo delivers: “What a shitstorm of Fae proportions.” (Although the Pretty Woman reference is pretty brilliant too.) There is some big news in this episode, in terms of two major characters, so expect some big surprises.

For now, you’ll just have to watch my Lost Girl videos one more time in anticipation of the finale. Otherwise, expect more coverage from the next season’s filming later on this year!