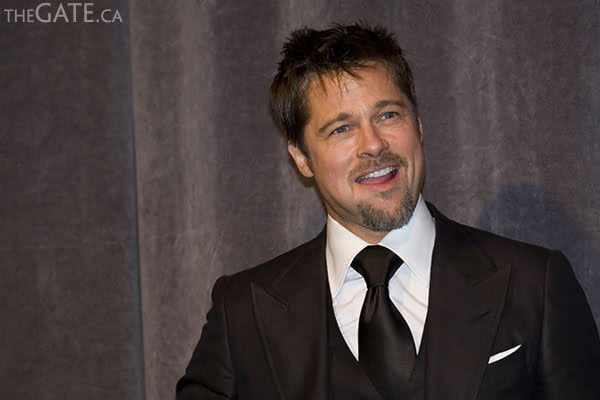 Brad Pitt at the ‘Burn After Reading’ gala

Already during the 2008 Toronto Film Festival I’ve shot about 2000 images, which isn’t much compared to the pros, but it’s a lot to sort through when you’re also doing interviews and planning a week-long schedule.

The big job was shooting Brad Pitt and the cast from the Coen brother’s Burn After Reading, who all dodged by the photographers as quickly as they could. I still managed to get some shots in the end, but nothing like what I had hoped for considering he was very easy to photograph other years.

And last night I didn’t have an ideal spot at the red carpet for Guy Rithcie‘s RocknRolla, but I am pretty happy with the shot below where Jeremy Piven randomly wrestled with Guy.

I also have a good shot of Thandie Newton, but you’ll have to wait one more day for that… 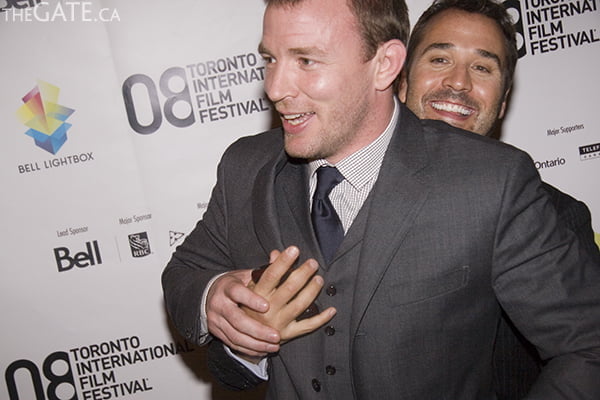 Guy Rithcie and Jeremy Piven wrestle on the red carpet

Andrew – great shots, can’t wait to see more. Brad is handsome as ever and you got the shot – way to go. You rock.