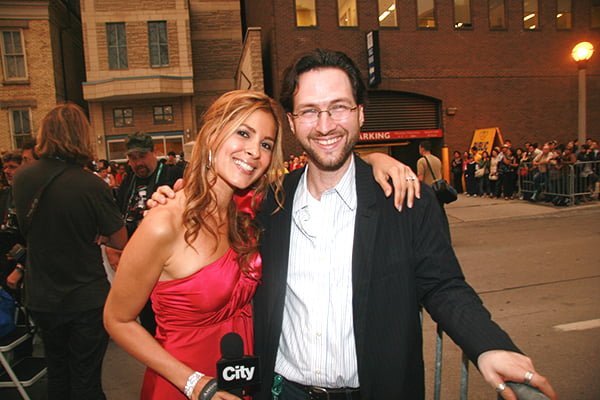 We’re now up to day three of the 2008 Toronto International Film Festival and I’m starting to drown in pictures, videos, and plans for the next week. That said, I still haven’t seen a single movie at the festival yet, unless you include seeing Control Alt Delete before TIFF kicked off.

Yesterday was the busiest day of the festival though, ending with the Burn After Reading gala screening and red carpet with the Coen brothers and of course, Brad Pitt.

I arrived extra early so I could get a good spot, and ended up meeting the lovely Dina Pugliese from Citytv’s Breakfast Television. Watch the video below to check it all out, including clips I shot during the preceding red carpet for The Secret Life of Bees.