A day at the 2015 Canadian Screen Awards gala 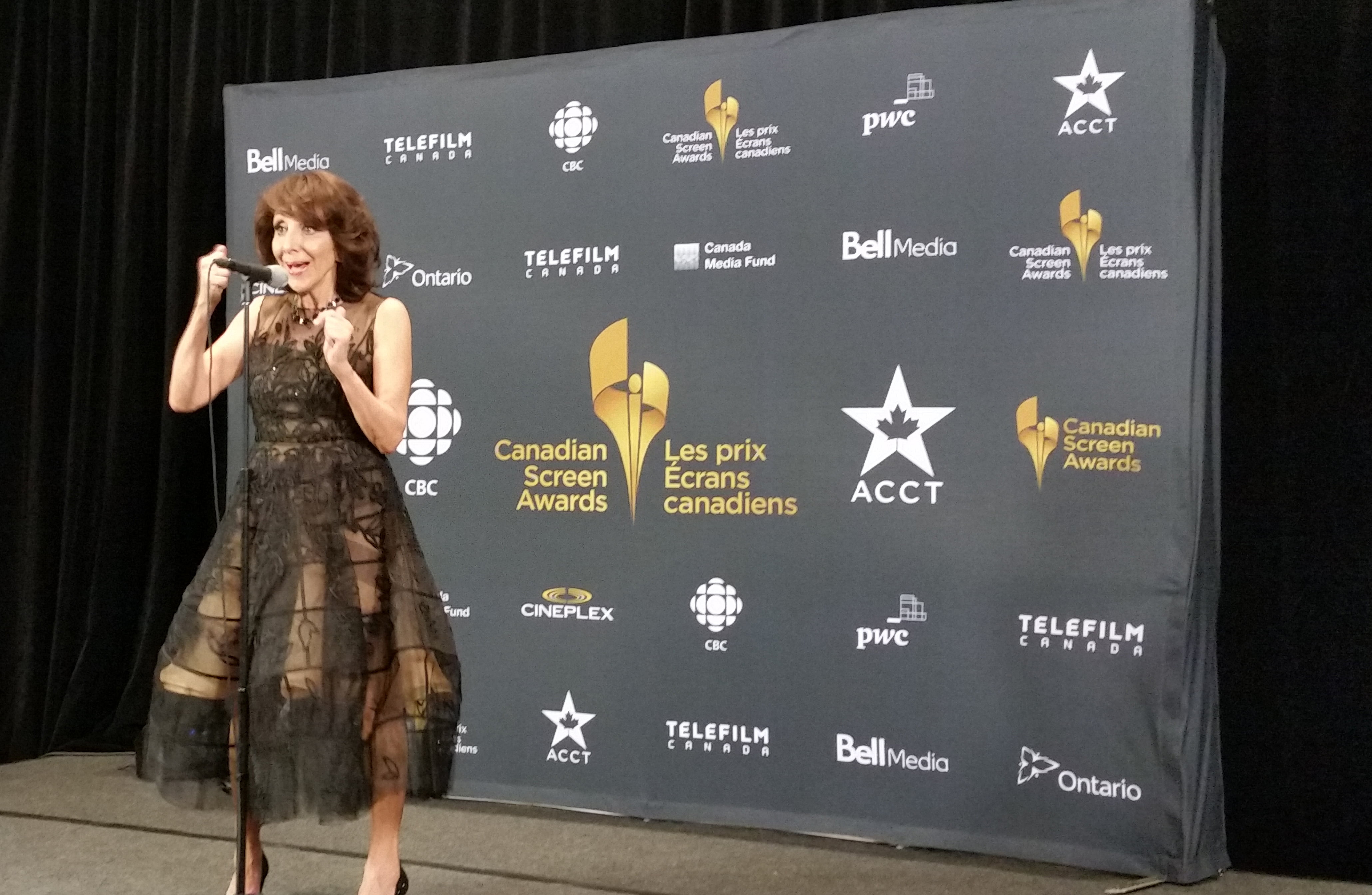 Admittedly, calling it a “day” at the Canadian Screen Awards might be pushing it, since it started at 2:30 PM, but after standing on the red carpet for three hours, and then sitting in the press room for the last three hours (and another hour or more to go), it feels like I’ve been here all day.

My day started with a wait on the red carpet, which was outside, but it was thankfully in a heated tent, and the wait was rewarded with a lot of stars who stopped to talk. In fact, I ended up with about 15 interviews during the red carpet.

One of the more interesting moments came with Oscar winner Julianne Moore, who chatted with a few of us on the carpet; I spoke to Kids In The Hall star Bruce McCulloch; Remedy‘s Dillon Casey and Enrico Colantoni; young Book of Negroes star Shailyn Pierre-Dixon; Kristen Lehman for Motive; Rookie Blue‘s Missy Peregrym and Gregory Smith; director Albert Shin for In Her Place; Seed‘s Carrie-Lynn Neales and Adam Korson; Kacey Rohl for both Working The Engels and Hannibal; Kate Hewlett for Still Life: A Three Pines Mystery; and a few others.

Where some red carpets can be a bit slow, and you can’t always guarantee who you’ll get to chat with, the Canadian Screen Awards were well-paced, and pretty great about getting most of the stars to all of the media on hand.

I’ve also been lucky enough to interview most of these stars before, so it was wonderful re-connecting with people, and finding out what they’re excited about at the awards, or in general.

I haven’t spoken to Peregrym or Smith in a while, but having interviewed them both a couple of times, I was really pleased talking about Rookie Blue once again, which is a huge fan favorite, and a set I enjoy visiting immensely because the cast is just so damn cool and talented.

Backstage, in the press room, there were not a lot of surprises, and at least one too-short visit with one of the winners, but it was generally a good night with the stars and filmmakers, including the fantastic Xavier Dolan for his multiple-award-winning film, Mommy.

The night finished with host Andrea Martin chatting about her work on stage, and all of the writers who helped write the jokes.

Now I’m working to write up all of my notes, and gather my videos together for the CSA 2015 YouTube playlist. So far I’ve got seven videos uploaded there, and the rest will follow over the next few days.

Stay tuned as well for my videos from the press room. Anna Silk did not come back, and Tatiana Maslany only made a brief appearance, but I captured a few great moments nonetheless.

Thanks as well to all of the publicists at the networks and with the event who helped set me up with interviews.