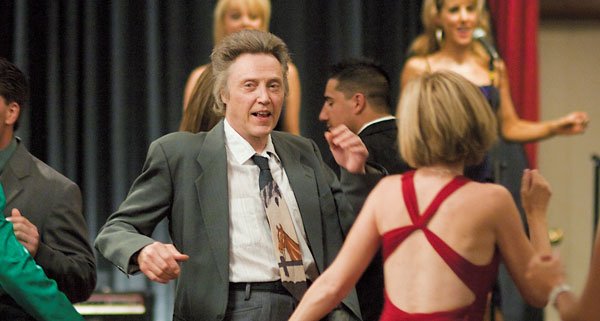 Christopher Walken in $5 A Day

After seven days of the Toronto International Film Festival I thought I should find a little time to recap the films I’ve seen. Since red carpets, interviews, and one press conference have also taken up my time though, I still feel like I have a lot of films to see, but here’s what I’ve seen so far.

$5 a Day
Starring Christopher Walken and Alessandro Nivola, $5 a Day is a sweet dramatic comedy about a father and son con team, brought back together when Nat (Walken) claims he is dying. Flynn (Nivola) finds it hard to believe, but takes his father on a road trip that touches on their past.

While the film is funny, it does drag at times, and feels incredibly uneven from scene to scene. Walken and Nivola are still a great duo, and infuse the story with a lot of heart and character when the script ultimately doesn’t stand up.

Adoration
Atom Egoyan‘s latest film is a convoluted tale of a teenager trying to discover the truth about his parent’s deaths. Devon Bostick is Simon, a sad-looking young man who fabricates a complicated backstory for his parents with the help of his teacher Sabine, played by Arsinée Khanjian. Scott Speedman plays Simon’s uncle Tom, who has been raising Simon since that fateful day.

While I’m not usually a fan of Egoyan’s films, and I do have a lot of issues with Adoration, I was still impressed by the film. It recycles a lot of Egoyan’s work in other films, and I’m incredibly tired of his wife Khanjian starring in all of his films, but Bostick and Speedman are quite good, as is Rachel Blanchard, who plays Simon’s mother.

A Perfect Day
Director Ferzan Ozpetek delivers a taunt story about a woman trying to deal with her disturbed ex-husband, who can’t seem to let her go. Isabello Ferrari stars as Emma, as we follow her throughout one terrible day in her life.

There were moments where I definitely cringed, and I had a hard time with the last few minutes of the film which feel like Ozpetek is really laying it on the audience. But A Perfect Day is an incredible film, full of dark emotions and menace. From the very first frames you can feel the weight of the story, and when the credits start to roll, that feeling of menace makes perfect sense.