TIFF 08: Nearing the end, wrapping up 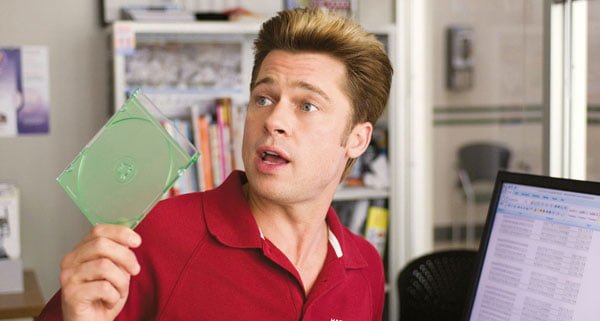 Brad Pitt in Burn After Reading

It’s a sad day for me, the 2008 Toronto International Film Festival is practically over. ET Canada has their last party tonight at Casa Loma for Fifty Dead Men Walking, a lot of press folks I know from out of town leave tomorrow, and I’m not doing too much at the fest tomorrow myself. Plus, screenings end on Friday for media, so I think Stone of Destiny, which is the closing film at TIFF, was the last film I’ll get the chance to see.

On the bright side, I’ve had a fantastic festival, and I finally have time to post some content now. I also have a helpful note from a filmgoer I met during TIFF

The night I shot Brad Pitt on the red carpet and on-stage at Roy Thomson, I met “Film Buff and Fan Extraordinaire” Yvonne Toma, who promised me her thoughts when she saw Burn After Reading.

Here’s what she had to say:

Typical Coen Brothers, with the wacky characters, great camera angles and laugh-when-it’s-really-inappropriate-but-you-can’t-help-yourself-because-it’s-so-funny scenes. The movie has a few, interesting twists that make you squirm a little bit, but it’s great fun. Brad Pitt as “Chad” was really funny as a health obsessed “lights are on but nobody home” trainer . I have to admit he was my favourite, mostly because the mere sight of him made me giggle. George Clooney (hubba-hubba!) and Richard Jenkins rank close to the top in terms of next favourite characters – quirky, pathetic and lovable. Tilda Swinton as a cold bitch and John Malkovich as an angry drunk- totally believable. Of course, Frances McDormand worked it hard as a lonely, desperate woman seeking plastic surgery. Overall, loved it and would recommend it highly!

There you have it. The good news is that for anyone who can’t wait to see it, it opens everywhere on Friday, September 12.

Thanks for this review by Yvonne Toma on Burn After Reading movie. It actually makes me want to see the movie now!