Nearly summer: On the road for Canada 150 with Ford, TV Upfronts, Raise the Caliber & ‘Orphan Black’ 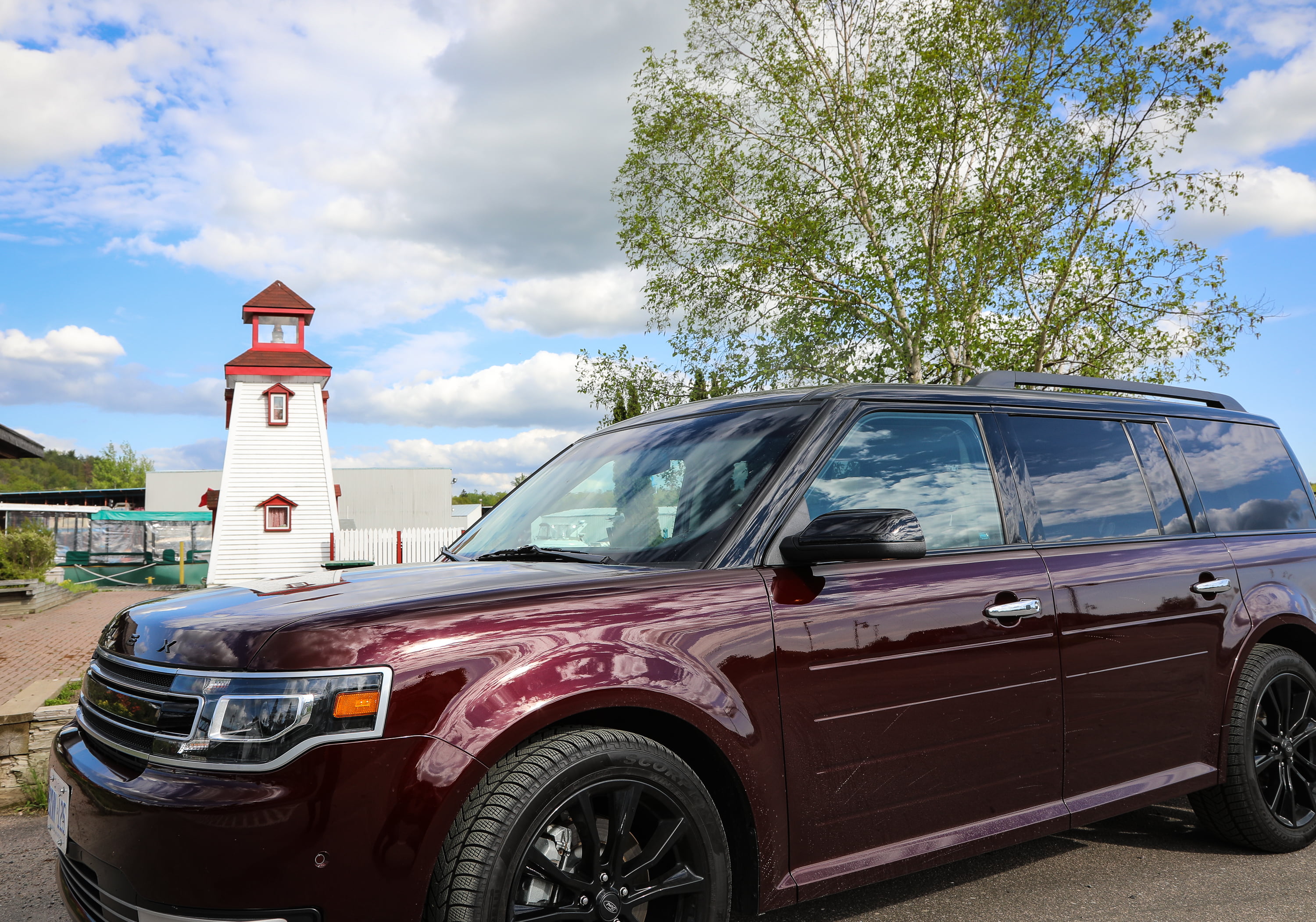 Summer is around the corner, I just got back from a Canada 150 road trip with Ford, and there are only 85 days until the Toronto International Film Festival. There is a lot going on, but the festival is front of mind since I’m prepping The GATE’s Interview Lounge at TIFF, and my accreditation application came in Monday too.

While it’s a stressful, busy time–for press and especially for publicists and anyone associated with the festival and the events surrounding it–I always look forward to it each and every year. I’ll have to save the details on the lounge until July, including our partners, but I am really excited for September and the festival. It’s going to be a great year for The GATE.

In other news, my family and I had a vacation in Ontario at the end of May. For a week my family and I went on a 1600 kilometre road trip in the Ford Flex that took us from Toronto to Parry Sound, before driving up to Sudbury, and then on to Sault Ste. Marie.

The trip was part of Ford’s celebration for Canada 150, with bloggers across the country visiting iconic destinations, so we stopped in Echo Bay to see the Big Loonie (note: the Loonie was missing when we stopped at the end of May, but it appears to be back now), Sudbury to see the Big Nickel, and north of Sault Ste. Marie we visited the mid-way point of the Trans-Canada Highway (yep, it’s in Ontario). The whole trip finished up with a visit to Muskoka for a break at Touchstone resort, where we relaxed for a day before heading back to Toronto.

We had a lot of fun, and I really enjoyed driving in the Flex, which had room to spare, and made for a really easy road trip. I’ll be sharing the whole story this week, including some fun places to enjoy if you’re headed north in Ontario this summer. Check out the #GoFurther150 hashtag to see more from my trip otherwise on Twitter or on Instagram: @wanderpow and @thegatemag.

For more on Canada 150, especially for events this summer, check out Passport 2017. 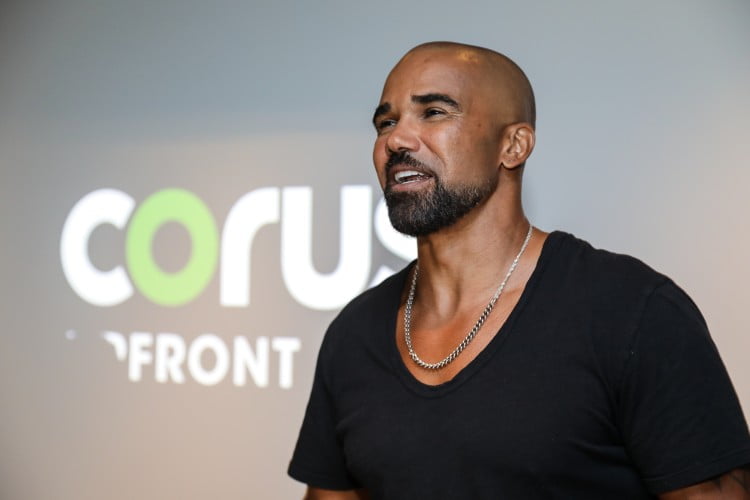 Last week was Upfront week here in Toronto. The big three networks in Canada host Upfronts to announce their new shows for the fall and winter and bring in some celebrities to talk about the shows. I was at the Bell Media Upfront on Wednesday and the Corus Upfront on Thursday, and while they approach things very differently, both networks have some great shows coming up in fall and winter.

At CTV I sat down for interviews with Cameron Cuffe for the Superman-themed series Krypton, which will air on Space in 2018, and then Joanne Kelly and Camille Sullivan spoke with me about the Canadian remake of the drama The Disappearance. There’s a bit of a wait ahead, but I am already really curious what Krypton will be like, considering it goes back to the history of Superman’s home planet, two generations before the DC hero was born there.

At the Corus Upfront, which includes Global television, Jermaine Fowler was on hand to talk about the comedy Superior Donuts, Mike Vogel chatted about The Brave, Shemar Moore got into the S.W.A.T. remake, and Eric McCormick talked about the (hopefully epic) return of Will & Grace. Fowler was hilarious, and I can’t wait to see his show–he instantly impressed me–but I will admit that I’m excited for the return of Will & Grace too.

On the other hand, it was fun being around Moore once again (he was at the MuchMusic Video Awards last year) because he just takes over any room he enters. He’s full of energy and I love what he seems to bring to the S.W.A.T. remake. I’ll be watching screeners soon, but so far that drama looks very interesting. 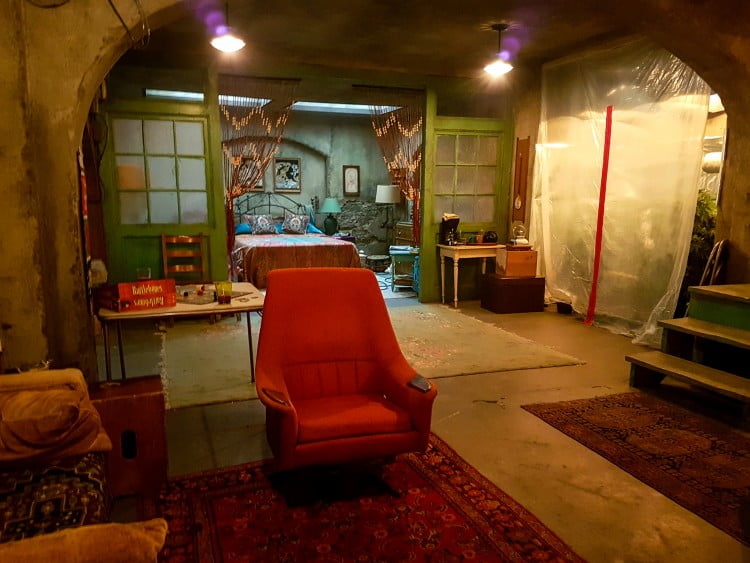 What about television on the air right now, you might ask? I also interviewed Melanie Scrofano for Wynonna Earp season 2 recently, which debuted on Space last Friday, and I spoke to most of the cast of Orphan Black–on set I might add–for the show’s final season which premiered Saturday on Space. Video for my Wynonna Earp interview will be up soon, and I’ll have my first Orphan Black story online this week too, with a few more to come throughout the season.

Last week I also spoke to Eatertainment’s director Sebastien Centner for the art event “Raise the Caliber – Art Creates Change” at OnlyOneGallery on Brock Avenue until June 15. I originally met Centner last winter for a Sonos dinner, so when I heard about this powerful exhibit I was curious to chat with him again because the concept is not only against gun violence, it’s built around a gun trade-in program that has been in numerous cities in the United States.

I’m also covering some sharp technology right now. The big Xbox E3 announcement was on Sunday, showing off the new Xbox One X that will arrive in November, along with a pile of new games, and they even sent me a package to help sit back, relax, and enjoy the show from Toronto that included Xbox cushions, mule mugs, and snacks and treats.

In my living room I’ve got the stunning new Samsung QLED TV for the next couple of weeks to review, and, yes, it’s amazing, beautiful, and bright. LG also had me out to their office to preview the LG Signature OLED TV W, which was incredible paired up with Netflix 4k shows and the PlayStation 4. 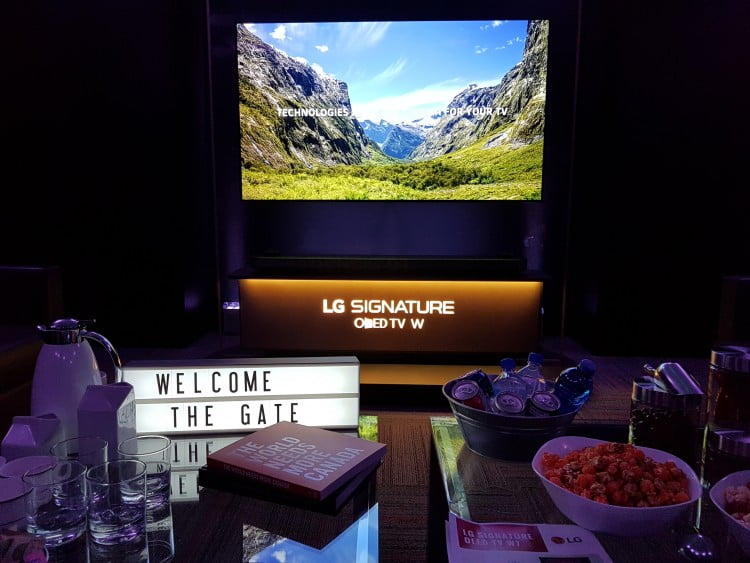 On my wrist, I’m testing the Samsung Gear S3 Frontier smartwatch, and for Father’s Day you can even enter to win one!

And I’m using Amazon’s Kindle Paperwhite to catch up on my reading. I love reading, and I try to find time every day to read a bit because there is really no better way to take a break. In honour of Father’s Day I’m making more time to read, and setting some goals, and I’m going to offer a giveaway soon for an Amazon gift card. I’m also going to be sharing some tips on how to set reading goals, because these days I think it’s important to read, rather than just watch things. There’s a big difference, and it’s a great goal for dads, families, and kids too.

Lots more coming up, and I’ll have more on Canada 150 later in June. Stay tuned too for details on the new Microsoft Surface laptops that were on display at Saks Fifth Avenue, I also had dinner with actor Anthony Lemke to talk about Dark Matter, I’m going to be driving some fancy Ford sports cars for Father’s Day, watching the Red Bull Air Race with Hamilton Watches, and then it’s time for the MuchMusic Video Awards on Sunday!