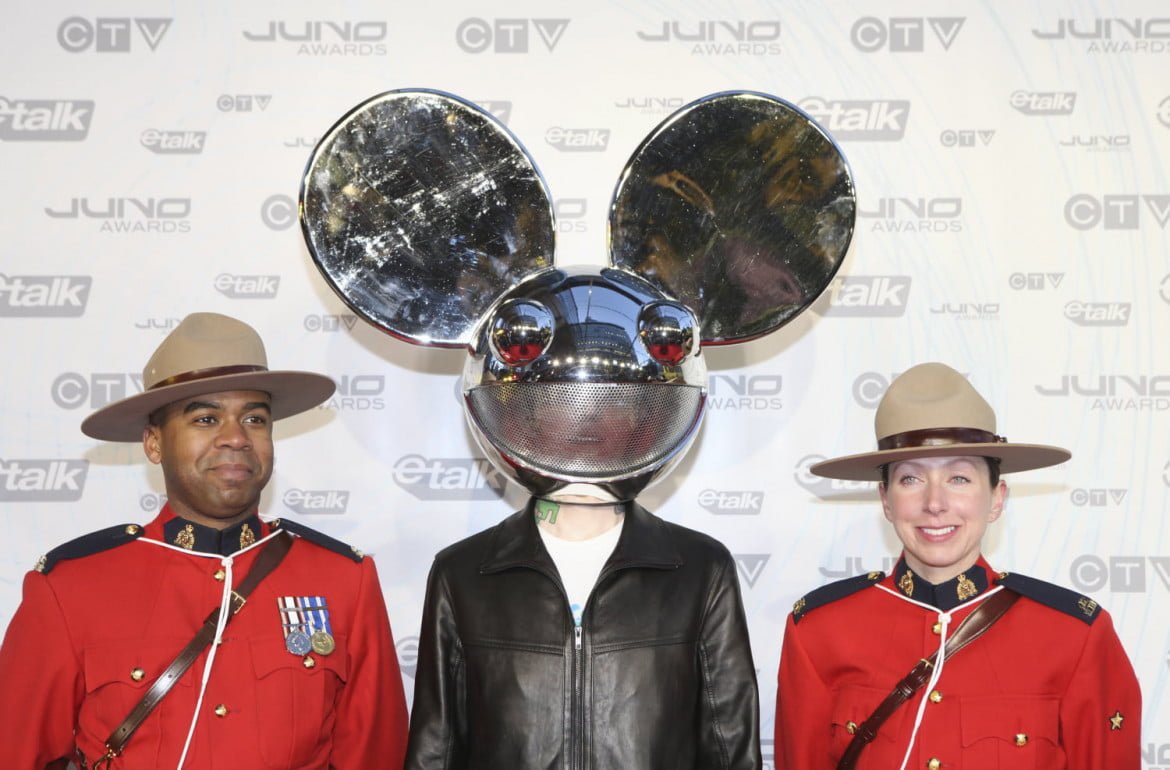 Welcome to my 12th annual Juno Awards coverage. That’s right, I’ve been covering the Junos since 2000 when they were last in Toronto, but I’ve only been to the awards five times, including tonight. The special oddity of the night though is that this is the first year I’ve actually watched the show live. This should be interesting.

Drake opens the show with a pre-taped bit featuring CTV news anchor Lloyd Robertson, who was ready to play Call of Duty. Drake gets rid of Lloyd though to get a Skype call from Justin “the girls are screaming” Bieber, who is currently on tour and the two sing a little duet.

That leads us directly into the show where Down With Webster are play the opening set. Once they’re gone we get Drake live on stage in a tux with the one and only Chilly Gonzalez on piano. Drake welcomes the big names and sings a little song he’s working on called “I’m playing hockey…” before Drake serenades Shania Twain.

So far, the big thing to take note of is that Drake is actually a pretty good host. Certainly better than Oscar host James Franco, but then again, as Alan Cross pointed out on Twitter, the bar was set pretty low. At the very least I’ll admit that Drake is a better host than he is a singer.

After that, Arcade Fire rightly take Group of the Year. No big surprise there, but it’s certainly well-deserved. I would have to say that the best part night so far might have to be Deadmau5’s reflective head wear, when he was on stage to hand out the award.

In between the live sets on the stage, the audience is being treated to smatterings of retro Juno Award happenings on the big screen to keep us amused.

After the break though we get Sarah MacLachlan on stage for her performance, and then our ears are bleeding again shortly after that as Justin Bieber wins the Fan Choice Award. Again, no surprises, especially in the “screaming girl” category like Fan Choice.

We’re then treated to a few moments of K’Naan on stage as he hands out the award for Songwriter of the Year–and guess what–Arcade Fire won again, taking their second award of the night, and their third at this year’s Junos.

Hedley perform “Perfect” which draws some criticism from the Twitter-elite, but the fans in the Air Canada Centre seem pretty happy…

Being from Timmins, I was thrilled to see Shania being honoured and inducted in the Canadian music hall of fame during the Juno awards Sunday Night on CTV. However, I tuned out when the Junos decided to honour Toronto’s music scene!

The Junos are about Canadian artists from across Canada, not Toronto and its music scene. That was a faux pas from the Juno organizers.

The New York Times, SPIN and other Rolling Stones officially labelled Montreal a Hot Music Scene. If the Junos organizers wished to remain unbiased, then Montreal should have received that honour this year.

With the international success of Arcade fire, The Dears, Sam Roberts, Bran Van 3000, Metric and the music legacy of other Montrealers such as Leonard Cohen, Celine Dion, Gino Vanelli, Corey Hart, Luba, David Usher to name just a few of the English singing ones, Montreal was the front runner for that honour this year, not Toronto.

And what about the countless other francophone artists who made it internationally? They get little or no recognition at the juno awards.

And what about the The Montreal Jazz festival, the largest music event in the world and the legacy of John Lennon’s bed in at the Queen Elizabeth hotel? The Junos organizers really missed the boat this year!

Needless to say, the awards are long overdue visiting Quebec for the first time. Hard to believe they haven’t been there yet in the event’s 40-year history.

I’d still say I’m glad the awards not only returned to Toronto finally this year, but honoured the anniversary with a tribute to the city as well. The key is that the organizers need to do more to honour a few more people and locations too.