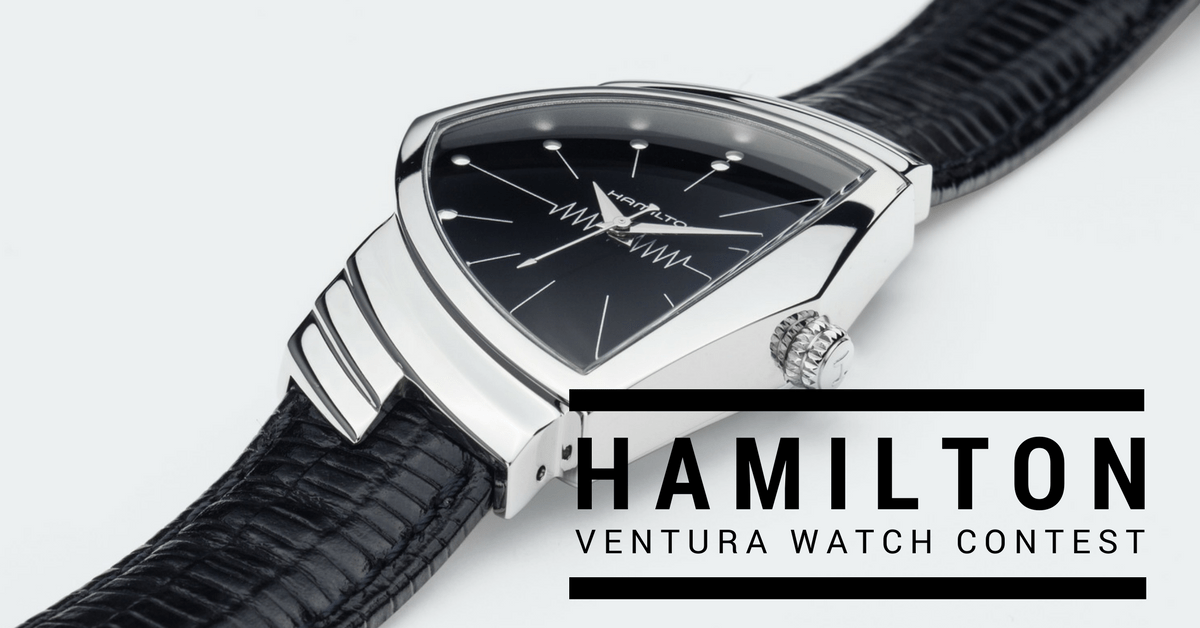 The GATE and Hamilton Watch want to make one lucky winner feel like a star, and to celebrate the 2017 Toronto International Film Festival we’re giving away a Ventura watch with an interview lounge experience.

The GATE’s Interview Lounge at TIFF 2017, presented by Hamilton Watch, invites stars and filmmakers to visit for a break, a portrait, and an interview, and we’re also inviting one lucky winner to act as a “timekeeper” during an interview, and take home their own stylish Hamilton Ventura watch.

Hamilton’s Ventura is a faithful tribute to the original 1957 model, which made history as the world’s first electrical, battery powered watch. The dial is reminiscent of the 1950s Ventura timepieces, complete with digit markings all culminating in an embossed rounded point looking like atoms. The iconic Ventura, with its striking, shield-shaped case, co-starred with Elvis, the king of rock and roll, in the 1961 movie Blue Hawaii.

The giveaway winner must be able to come to The GATE’s Interview Lounge in downtown Toronto on September 7 or on September 9. This contest does not include transportation to or from the event.

Giveaway Details: The GATE’s Hamilton Ventura giveaway is open to residents of Canada who are over the age of 18. Contest closes on September 1, 2017 at noon (ET). The chance of winning depends on total number of entries. This prize is valued at approximately $845. If the winner cannot attend the Interview Lounge on September 7 or September 9, they will forfeit that portion of the prize. Acting as a “timekeeper” during an interview in the lounge is optional, and the opportunity is at the discretion of the talent.