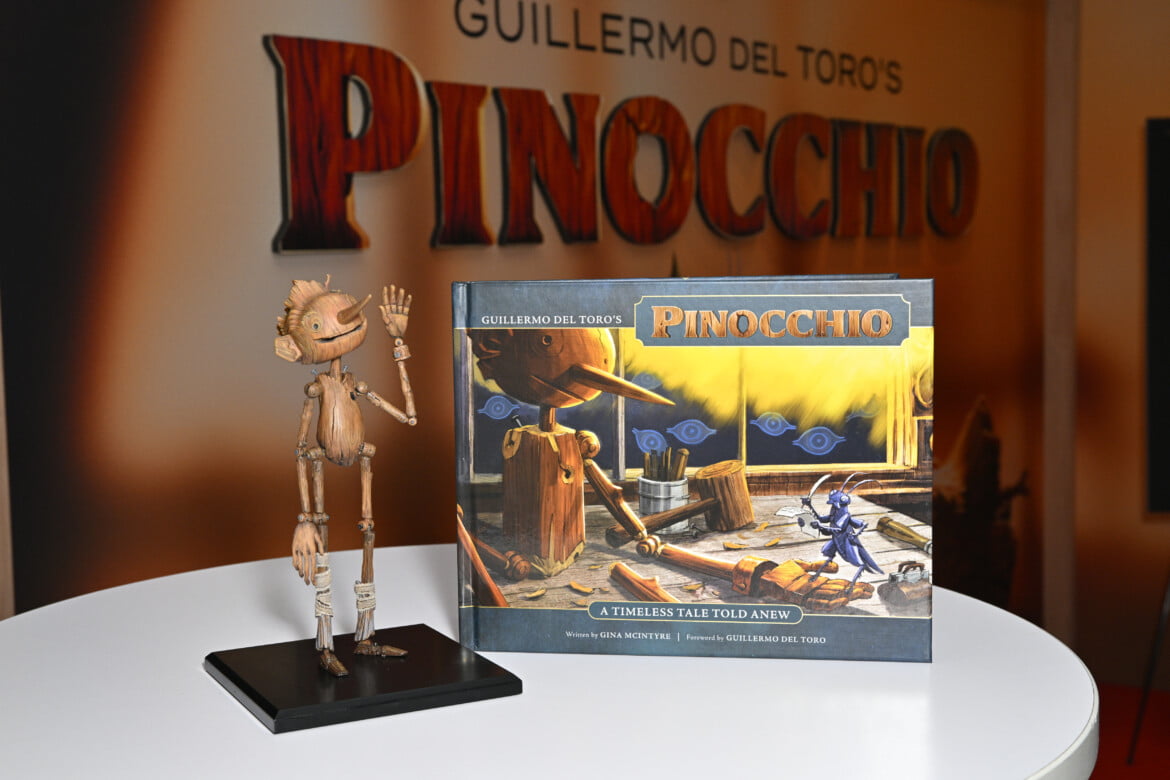 Guillermo del Toro’s Pinocchio is a beautiful and emotional film, retelling the classic fable with the heart and magic that you expect from the Academy Award-winning director.

Director, writer, and producer del Toro, alongside director Mark Gustafson, brought Pinocchio to life, and it’s now streaming now on Netflix. For del Toro in particular, it’s a very personal film about the relationships between fathers and sons.

While del Toro and Gustafson were in Toronto for a special screening of the film, they both signed a copy of the book, Guillermo del Toro’s Pinocchio: A Timeless Tale Told Anew, and The GATE is thrilled to give it away.

Illustrated with stunning visuals, this deluxe volume follows the remarkable creative journey that brought Pinocchio to the screen, from del Toro’s early ideas for the adaptation, through to character design, puppet building, and the meticulous animation process. Featuring interviews with del Toro and a wide range of the film’s key creatives, this is the definitive story behind the birth of a brand-new Pinocchio.

The book includes exclusive interviews with Oscar-winning director Guillermo del Toro and his cast and crew. There’s also a wealth of electrifying character and location art, storyboards, and other visuals used to conceptualize the film. And you’ll find behind-the-scenes images and information about the entire filmmaking process, including the creation of the remarkable puppets and sets that were hand-crafted for the film.

Read our interview with Guillermo del Toro, watch a peek at the Pinocchio exhibit at MoMA in New York, and enter the giveaway below before Monday, December 19 at 1 PM (ET).