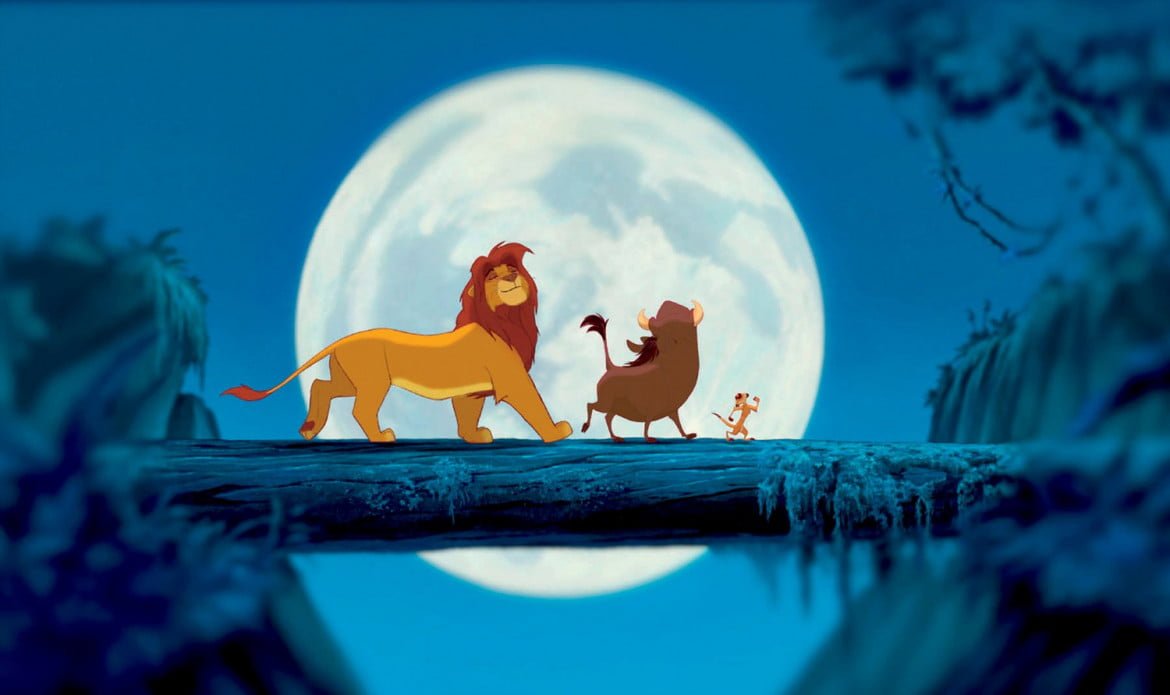 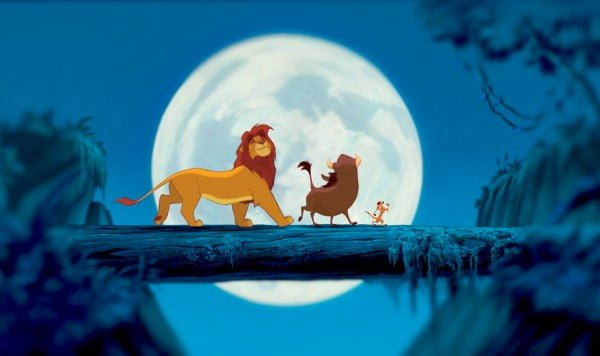 A scene from Disney's The Lion King

Disney has a vault filled with classics, and over the last twenty plus years, very few films have been as influential as The Lion King.

First released in 1994, The Lion King recently enjoyed a two-week re-release in theatres that saw the film in 3D for the first time. Now, available on Blu-ray for the first time, the film has been spectacularly converted to high definition, and the colours explode on the screen along with this carefully told, iconic coming-of-age story.

For the uninitiated who have missed the Lion King so far, the classic animated film follows the young Simba, voiced by Jonathan Taylor Thomas as a young cub and Matthew Broderick when he’s older, who is learning to be the prince in his great father’s kingdom. Simba is unfortunately and unwittingly drawn into the family feud between his evil uncle, Scar, voiced by Jeremy Irons, and his father, Mustafa, voiced by the great James Earl Jones, which changes Simba’s life in an instant.

While Scar’s first plot fails to hurt Simba, it’s the second attempt that forever changes the young lion’s life, forcing him into exile away from his mother, best friend, and the rest of the pride, and leading him to live in the jungle with a meerkat and a warthog, voiced by Nathan Lane and Ernie Sabella, respectively.

Blending humour, fart jokes, lots of heart and a mythical story, The Lion King is one of Disney’s greatest films in recent memory, and one of the top ten best films they have ever made. On Blu-ray the film also pops like never before, with amazing depth and colour and more extras than you will likely watch in one sitting.

Those features include a wonderful new 38-minute HD featurette on the film’s legacy and making, all of the original standard definition extras, plus deleted scenes, sing-along mode, “bloopers” and a commentary track with co-directors Roger Allers and Rob Minkoff.

Overall the film looks perfect, and this is a great package and it’s a must-own release for animation fans.

Director Wes Craven has resurrected the Scream franchise once again, bringing familiar and new faces together as the masked killer Ghostface returns to Woodsboro for a bloody killing spree as Sidney Prescott, played by Neve Campbell, comes home for a visit.

Co-starring David Arquette and Courteney Cox once more, as Dewey and Gale, the Ghostface of Scream 4 has changed since the last time, and the killer is now twisting up film references with horror remakes and modern slasher movies, while forcing the survivors to band together to try and defeat the maniacal killer.

All I can say is, really, what year is it? 1996? That’s the only way I can explain how Canada’s own Neve Campbell has top billing on a new film. She’s a wonderful actress, but after vanishing from the movies for so many years at a time it’s a little odd to see her in this role again.

On top of that, can someone remind me what happened in Scream 2 and 3, because everything since the original film is pretty much a blur now, and the film does nothing to make up for that. In fact, the film rejoices in being utterly meta, as the film’s characters point out early on, and while the point seems to have been to make fun of itself, and horror films in general, that doesn’t change the fact that the film does exactly what we expect. If we’re surprised, it’s rare because the movie revisits the original plot far too frequently.

Yes, the original Scream was a blast, but at this point the films feel threadbare. If you can forgive the lack of originality, Scream 4 is a pretty breezy, slasher adventure that pokes fun at everything from itself to the every bloody killer movie that have come out since the original.

While not the worst horror film out there–not even close–Scream 4 overstays its welcome and needed more than just fresh blood–it also needed some fresh ideas.

The DVD has a hand full of basic features including bloopers, a solid commentary track with the director and key cast, plus a ten-minute making-of featurette.

The Fast and the Furious franchise has been anything but what you would call an action masterpiece, but it has been popular enough to keep the fans interested, the actors paid, and the sequels coming one after another. The surprise this time out is that somehow director Justin Lin finally got the formula right with the first critically well-received release since the original.

Lin is of course not new to the Fast and the Furious, he’s helped drive the franchise into the ground with two of the worst reviewed films in the series, Fast & Furious and The Fast and the Furious: Tokyo Drift. Somehow though, he and screenwriter Chris Morgan have turned things around for Fast Five, and this one just works because it’s ballsy enough to go for guts and glory at all costs, including logic.

The script has a firm “physics schmisics” kind of mentality where anything is possible and it works on pure testosterone, like a muscle car of an action movie that Lin has tuned up with his team to near epic proportions.

Of course the visuals and stunts verge on the ridiculous, but the film never looks back and Diesel and Walker make it all seem like a walk in the park, pulling it all together with their attitude alone.

The Blu-ray combo comes with the DVD and digital copy, but not much else unless you really, really love this ridiculous franchise. While I enjoyed this film, the extras were mostly skippable. Long-run fans will likely be more interested in all the on-set features, the commentary by Lin, and of course the bloopers.

Coming out the same week as The Lion King, one of Disney’s other great animated classics from the 90s returns to Blu-ray for the Diamond Edition release that comes packed with no less than five discs of extras and features including the film’s debut in glorious Blu-ray 3D.

The film retells the age old fairytale about a young prince who has been forced into the shape of a terrible beast until he can find true love that loves him in return with Paige O’Hara voicing Belle, a strong and self-sure woman who is happy to take care of herself. When she meets the strange and enigmatic beast, with his house filled with his servants, who have been turned into the objects that represent their jobs, Belle begins to get closer to the man as she also discovers the secret of his curse.

Thanks to the film’s beautiful animation, and, more importantly, timeless story, Beauty and the Beast is another of Disney’s top ten movies of all time, and on Blu-ray it’s well worth watching again. There is also an unbelievable number of extras spread over the five disc package, including a stunning documentary on the film, a sing along track, deleted scenes, and a lot more for fans of Disney and this incredible movie.

Lastly, Disneynature’s animal documentary about the “kings of the savanna” also debuts on home video this week. Looking in on the lives of cheetahs and lions, African Cats is narrated by Samuel L. Jackson and gives each of the animals names and a story. There’s Mara, the lion cub who is trying to emulate her mother’s strength; Sita, the cheetah, the mother of five spirited babies; and Fang, the leader of a pride who is also protecting his family from a banished lion.

Directed by Alastair Fothergill, who also directed Earth, and Keith Scholey, African Cats is meant to show the real lives of these proud animals with a bit of humour and creative storytelling. Featuring beautiful cinematography, the film was shot on location in the Maasai Mara National Reserve in Kenya, but it’s worth noting that while it doesn’t feature gruesome imagery, it is a somewhat honest portrayal of the hardships of life on the savanna.

The Blu-ray really shows off the cinematography beautifully, and the film is a marvellous glimpse of animals we don’t get to see in their natural habitat, but the failing of the documentary is simply that there’s not a very cohesive story to tell. These big cats are stunning to watch, but the film feels like it meanders too much, and is just a notch too long.