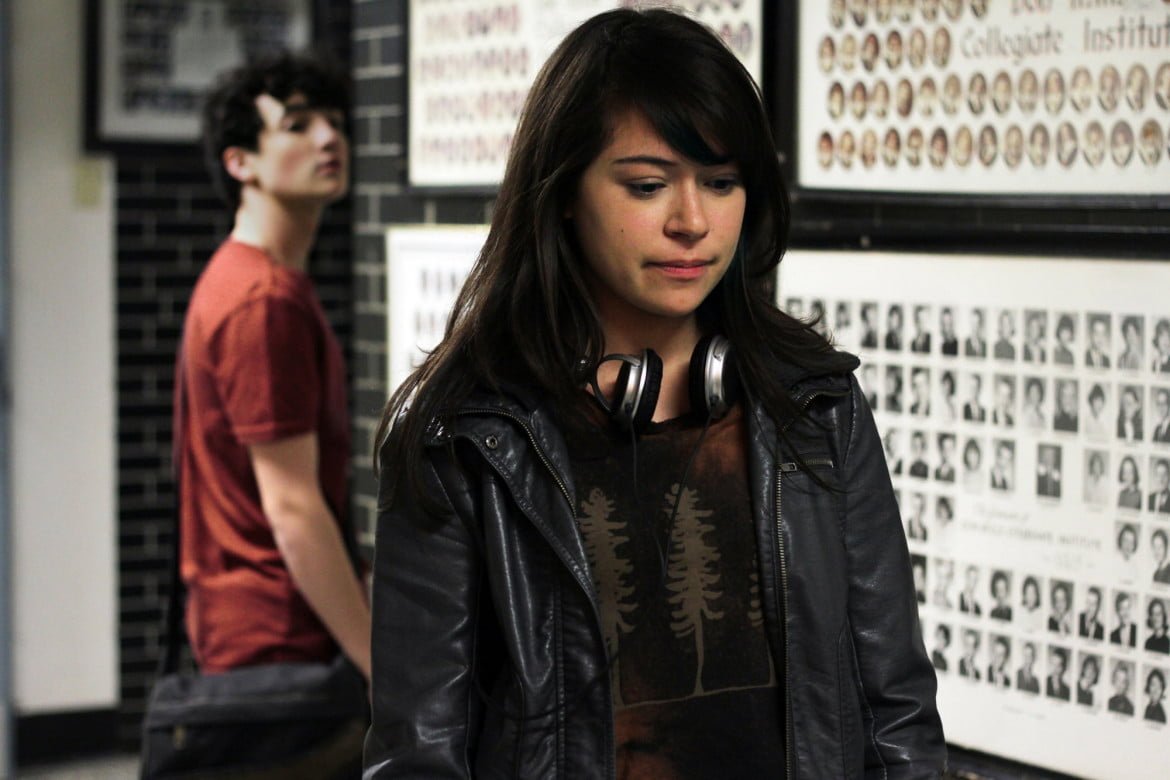 Every summer there are two big press conferences held by Cameron Bailey, Steve Gravestock, Piers Handling and the rest of the TIFF team–the second is always reserved for Canada and all things Canadian being featured at the festival. This press conference was, as usual, held at the grand old Imperial Room at the Royal York Hotel, and the crowd was large and enthusiastic and a rough count estimated that there were no less than twenty TV cameras there covering the event.

I mention this because TIFF has become essential to Canadian cinema and Canadian cinematic talent–the TIFF platform has become integral to the evolution and development of a more vibrant and globally accepted Canadian cinema. This year’s Canadian feature film line-up is proof positive of that TIFF success. Canadian features at this festival deal with everything from child soldiers in Sub-Saharan Africa to the uninitiated and naive becoming involved with the Montreal underworld, to a young woman’s difficult transition to adulthood in inner city Toronto.

Rebelle is from filmmaker Kim Nguyen and it tells the story of a 14 year old girl in Sub-Saharan Africa as she has a running dialogue with her unborn child explaining to the unborn child why she ended up a child soldier and why she has done the things she has done. The footage shown at the press conference was breathtaking and moving and exceedingly compelling.

French Canadian filmmaker Manon Briand returns to TIFF with Liverpool–a story of a coat check person in Montreal who cops an unclaimed coat–what is in the pockets of this coat inadvertently involves him in a dark scenario surrounding Montreal’s vicious biker gangs and the Montreal mafia. Filmmaker Briand made an appearance at the press conference telling us that it was a TIFF showing of a short film she’s made twenty years ago that launched her career and she has returned many times since–she was clearly happy and grateful to be back.

The same is true of Toronto filmmaker Kate Melville who also spoke at the press conference about her feature at this years TIFF, Picture Day–a film about a young women forced to repeat grade 12 even though she is smart and charismatic, but directionless and unfocused.

“As a teenager I would go to TIFF every year and just devour everything I could,” said Melville. “I grew up loving TIFF and celebrating it each year like Christmas, so to have a feature being debuted a TIFF is really cool, a dream come true.”

TIFF as a platform and a launching pad for Canadian features, documentaries and short films before the assembled legion of the assembled world press corps is hugely positive and in some cases has even been the first step on the road to Academy Award nominations. It is also a festival that has become famous for taking chances on films and filmmakers that some might cast a dubious eye towards. This year this might be said of the debut feature from Brandon Cronenberg, son of our legendary filmmaker and Canadian film pioneer David Cronenberg.

Brandon, who was also milling around chatting with people at the press conference but did not take the podium, is bringing his feature debut Antiviral to TIFF 2012. Anti-Viral is a look at the dark side of celebrity worship and celebrity culture served up in a decidedly Cronenbergian (second generation) manner.

While it is true that after TIFF many Canadian filmmakers struggle to get any attention at all and battle an almost Sisyphus-like fight to get their films seen, during those ten days of the festival they get to bath in the shining light and they get their shot because of TIFF, which is all the more reason for us to seek out the Canadian stuff at TIFF and celebrate it.