DVD Tuesday: ‘The Godfather Collection’ & ‘Sex and the City’ 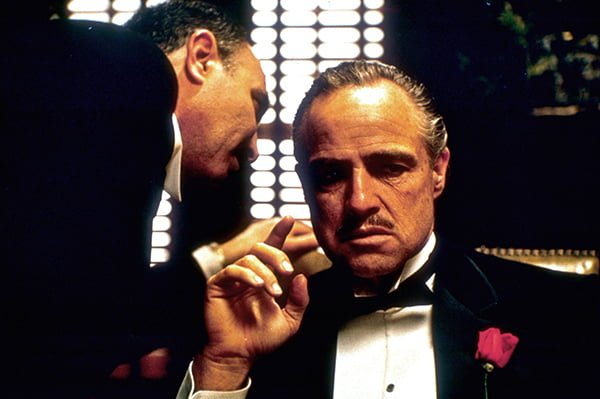 This might be one of the most interesting weeks for DVD releases that I have seen in months, and while not all of the movies are the best ever, there is one gem, and a few fun films. The best of the week is none other than Francis Ford Coppola‘s legendary Godfather collection, which has been fully restored. Less legendary, but very notable for a lot of fans is the release of Sex and the City: The Movie, and the comedies Run, Fatboy, Run, and Leatherheads.

The Godfather Collection – Coppola Restoration
As a Johnny-come-lately to the Godfother trilogy, reviewing this collection was both a puzzling and astonishing experience. Based on the impact, and even the parodies of The Godfather, I knew a lot more about the story without seeing more than a few minutes of the original. And after I watched the films, I also realized I didn’t fully understand the full cinematic impact until right now.

Based on Mario Puzo‘s novel about American mafia family the Corleones in the 1940s and 1950s, the first film stars Marlon Brando as crime boss Vito Corleone as he tries to turn his business legitimate. An assassination attempt changes everything though, forcing his two sons, played by Al Pacino and James Caan, to run the business and fight in a growing mob war.

Featuring perfect performances from the entire cast and a stunning story, the film is easily recognizable as one of the greatest films ever made.

Following that release, Coppola would go on to film two more sequels starring Robert De Niro, and Pacino, and while the second film is a formidable sequel, the only flaw in this collection is the third film, which is only marginally better than awful.

Even considering the failing of the third film, the Godfather trilogy is a remarkable work, with poignant storytelling and unforgettable acting. The Godfather also stands as the prototype for the thoughtful but violent crime drama, paving the way for three decades of films and television shows.

The features on the collection are well worth checking out as well, with Coppola’s intriguing commentaries being the most interesting thanks to numerous facts and anecdotes. The collection also includes a disc full of new features which look at how the films were restored, and what it took to get the films made in the first place. Features from the 2001 collection are also included on a separate disc.

Sex and the City: The Movie
Break out the cosmopolitans, the girls are back and they’re dealing with wedding plans, more issues from the men in their lives, and enjoying as much sex and fashion as they possibly can.

Sarah Jessica Parker leads the pack of ladies as the romantically driven writer, Carrie Bradshaw, who seems to have found her man, Mr. Big (Chris Noth), but when the two decide to get a new place and get married, things start getting complicated.

Filling out the drama is Cynthia Nixon as Miranada, who is getting carried away by a demanding job and troubles with her husband, Steve (David Eigenberg). Kim Cattrall plays the freewheeling Samantha, who is managing her boyfriend’s career, while flying between New York and L.A., even as she tries to figure out what she wants from her relationship. And Kristin Davis plays the seemingly stable Charlotte, who has no real troubles in her life, but is enjoying her sweet, adoptive child.

As a man, who is seemingly out of the film’s core demographic, the Sex and the City movie is surprisingly fun. The girls are funny, the acting is decent, and I even enjoyed a lot of the story. But as a movie, Sex and the City has three core flaws that frequently left me wanting a better script.

For one thing, the story is barely more than an extended episode, which is honestly not even half as good as some of the episodes I’ve seen on TV. I also found that most of the story was drawn out into feature-length territory by cheaply written disasters among the relationships. And finally, the amount of product placement in this film is simply awful, and takes a lot away from the film’s credibility.

Fans will of course still eat this DVD up, especially the extended two-disc volume which features extra scenes. DVD features are sparse, but there are some behind-the-scenes extras, plus you even get a great 4-page car ad, and the opportunity to join a few promotional mailing lists if you happen to pop the DVD into your computer…

Run, Fatboy, Run
After an underwhelming experience with this film during last year’s Toronto Film Festival, I’m glad I gave it a second chance. While I was initially drawn to the film because of writer and star Simon Pegg, I was fairly turned off by the often weak work of director David Schwimmer. On the smaller screen, something about the film feels a lot less like a disaster and more like a campy, romantic comedy that just gets a bit lost along the way.

Pegg stars as another perpetual loser named Dennis. After running away from his beautiful, pregnant, fiancé Libby (Thandie Newton) on their wedding day, we catch up with him five years later when he realizes he wants her back in his life. Libby has moved on though, and while she gives Dennis every opportunity to be with his son, Jake (Matthew Fenton), she has started to see another man. Namely, the professional, well-to-do Whit, played by Hank Azaria.

With no other ideas, Dennis gets the crazy idea that he’ll run in the charity marathon with Whit to prove that he’s no longer a loser and he can, actually, finish something he started.

Co-starring the hilarious, and round, Harish Patel as Dennis’ landlord, Dylan Moran as his best friend, and India de Beaufort as the beautiful Maya, the movie is definitely well-cast. Pegg and Azaria, and Moran for that matter, have some great scenes together, but Pegg is a bit of a disappointment in this role, mostly thanks to the boring script. The story and the jokes are also of the easily forgettable variety.

Leatherheads
Last up this week, George Clooney directs and stars in Leatherheads, a romantic comedy that also aspires to be a sports film, and a drama.

Set in the 1920s, Clooney plays Dodge Connelly, the quarterback and owner of the Duluth Bulldogs pro football team, who are about to go out of business. Considering how wildly popular college football is at the time though, Dodge decides to bring in army hero and quarterback Carter Ruthford, played by John Krasinski, which is sure to bring in the crowds.

However, Dodge doesn’t count on Carter’s charming nature, which earns him the respect of the team, and has Dodge playing second fiddle. He also didn’t count on reporter Lexie Littleton, played by Renée Zellweger, who is doing a story on Carter and has both men falling over themselves to impress her.

The first half of Leatherheads is funny and quick, but somewhere around the first hour the story begins to drag. While the film wraps up with grace and charm, there’s a bit too much dramatic fluff clogging the latter part of the story.

The DVD offers a few extras, including a funny prank, examples of how special effects filled up the stadium scenes, and an enlightening but somewhat boringly low-key commentary by Clooney.

Pick up the complete fourth season of the comedy, Two and a Half Men, Boston Legal, and CSI: New York, plus season three of Canada’s own Robson Arms.