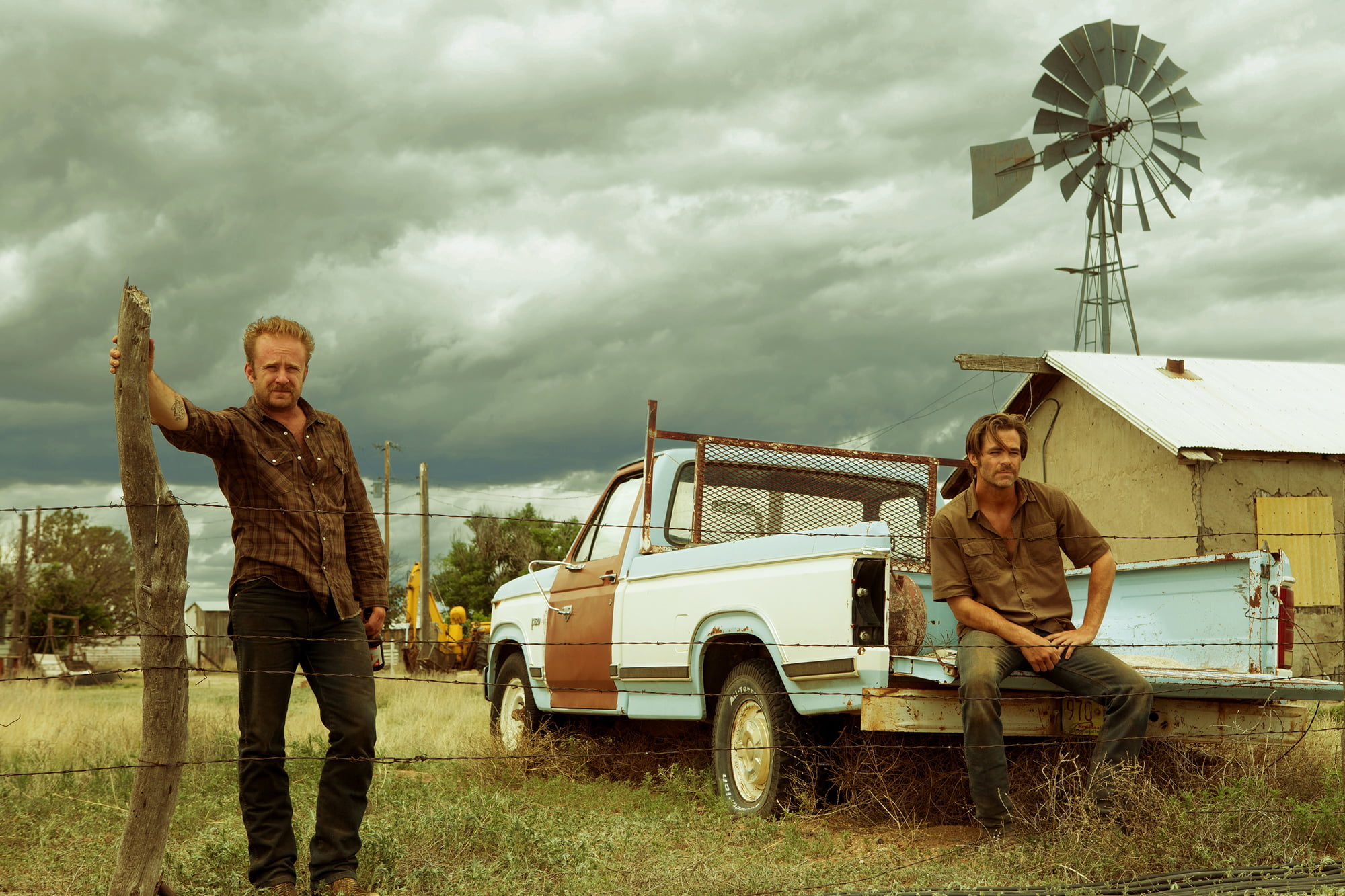 The sundrenched and dirt-caked crime drama Hell or High Water doesn’t break a lot of new ground when it comes to modern day neo-noir, and it doesn’t need to. It’s an expertly paced, exceptionally photographed, narratively nifty, well acted piece of work that entertains, engages, and thrills in all the right amounts. From a distance, it’s an unassuming work, but as with any great art, the more you look at it, the more you’ll find to love about it.

Once estranged cowboy brothers Toby and Tanner Howard (Chris Pine and Ben Foster, respectively) have banded together to pull off a string of bank robberies following the death of their mother. Toby is a stressed out family man estranged from his two sons and ex-wife by way of bad decisions and having to look after his ailing mother before her passing. Tanner’s a bit of a loose cannon, a career criminal who backs his brother up in a scheme designed to earn Toby enough cash to start a new life for his family and erase old debts. The amounts of money they steal from banks in West Texas backwaters isn’t enough to warrant FBI attention, and a Texas Ranger weeks from retirement (Jeff Bridges) and the partner he constantly annoys (Gil Birmingham) are placed on the case.

British filmmaker David Mackenzie (Starred Up, Young Adam) and screenwriter Taylor Sheridan (Sicario) initially make the viewer feel that the vibe here will contain a lot of heavy economic subtext in the vein of films like Killing Them Softly or A Walk Among the Tombstones, but just as quickly as they set a scene of fiduciary ruin, they make it known that this is merely one of many factors influencing the actions in motion. For all the talk of corrupt bankers screwing over small town folk living in dying communities tumbleweeds don’t even want to take residence in, it’s not the only thing on the minds of the filmmakers. In fact, the economic underpinnings are so out in the open that calling it subtext is a bit of a misnomer. It’s more the backbone of the film that all the other intricacies tie into.

Almost immediately Mackenzie establishes the mood and tone. It’s a world where no one cleans the dirt off their faces and misdeeds are worn like scars amid the creases on every wrinkled brow. The landscape – gorgeously photographed by Giles Nuttgens – is warm and breathtaking in some spots, but barren and inhospitable only a few blocks or rural roads away. Musical luminaries Nick Cave and Warren Ellis provide a subtle, ominous score to highlight the hopelessness and grandeur of the terrain. The Howard Brothers are able to get away with their criminal endeavours largely because anyone capable of stopping them is long gone from their neck of the woods. It’s a gorgeous place where it looks like awful things often happen. 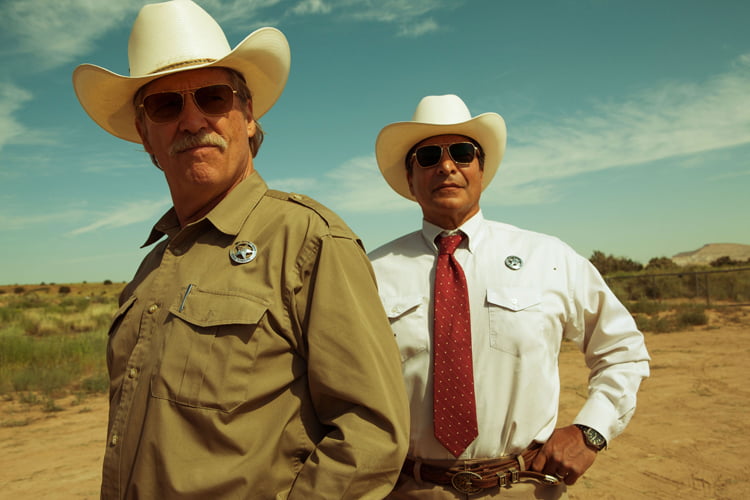 On top of the exemplary visual work and pacing provided by Mackenzie (who has been an underrated filmmaker for quite some time now outside of the UK), Sheridan provides some deft, modern twists on the classically romanticized bank robber story. It firmly takes place not only in an America where the poor are fed up with banks getting bailed out over the common folk, but also a dangerous place where everyone has a gun. Granted, Toby and Tanner have their own firearms and the latter certainly knows how to use one, but the police seem like the least of their troubles. Anyone could shoot them at any moment for any number of reasons. The level of danger here is palpable and around every corner. What could have easily been a Coen brothers riff turns into a stock story that’s been given its own voice and sense of purpose. Hell or High Water is a great example of how to write an original genre movie out of the building blocks other films have provided and without being obvious about it.

The leads also match the strength of the direction. Foster’s a perfect choice for a squirrely, trigger happy, but loyal criminal type. Bridges is just about the textbook definition of an actor who should be playing this kind of character, and his interactions with Birmingham – who steals every scene he’s in – add an extra layer of depth to the film, even though the lawman’s subplot is the most clichéd element of the film. Bridges and Foster are both able to take characters that could have been archetypes and inject a lot of humour and warmth into their performances.

The true standout here is Pine, however, who continues to grow as a leading man. Looking haggard as hell here, it’s the first time I could say that the naturally rugged and handsome actor loses himself in a role completely. He’s sympathetic to an extent, and Pine dials the star power way back in order to deliver a performance that’s more internalized than surface level. It’s definitely the finest thing he’s done as an actor, and thankfully the film around him is worthy of his efforts.

Check out the trailer for Hell or High Water: