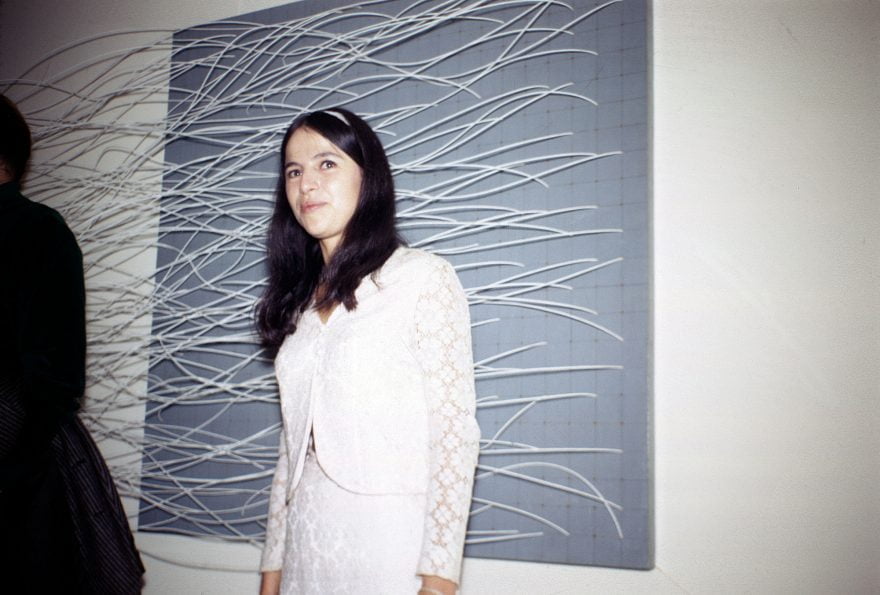 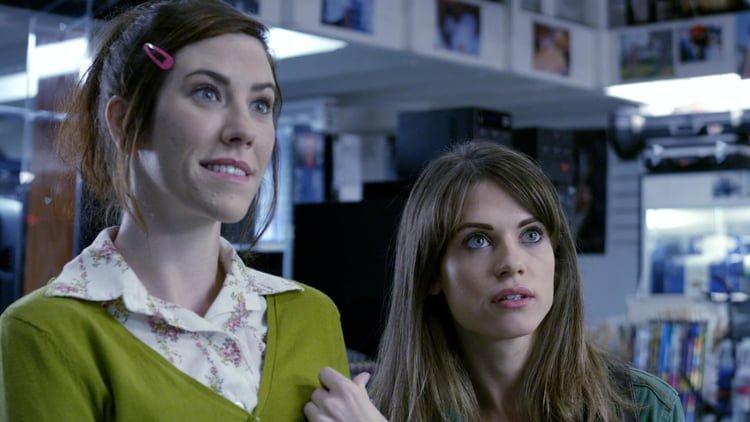 There’s a wilder, unrestrained comedy threatening to break out from the oppressively quirky indie flick Moments of Clarity, but thanks to obvious budgetary restraints, half-baked writing that’s a few steps from usable, horrendous direction, and wonky performances that kernel of promise disappears pretty quickly.

It’s a road movie where the sheltered, pious, sexually curious, bubbleheaded Claire (played by co-writer and Toronto native Kristin Wallace) heads out on a semi-spontaneous road trip with the more adventurous, world weary, put upon daughter of a pastor, Danielle (Lyndsy Fonseca) to go to some youth church conference or something or other (despite both women being in their mid-twenties). Along the way, they’re tracked by Danielle’s dad (Mackenzie Astin) and Claire’s agoraphobic mother, all while Claire learns about the wonderful, awkward, scary world around her.

Directed with minimal effort and resources by Stev Elam, Moments of Clarity has less production value and fewer laughs than an improv sketch performed on camera by first year drama students. It’s an ugly looking, awkwardly paced, poorly assembled final product, and while Wallace and Fonseca give their all in terms of performance, it’s never clear what sort of tone Elam or the script are trying to achieve. And while a film can overcome looking and seeming cheap, it still feels curiously like Elam has given up and just shoots scenes so he can get onto whatever he has to get onto next.

It’s packed to the brim with lame innuendos and forced circumstantial moments of what I think is supposed to be comedy, but there isn’t a laugh to be had. Yet, to some degree I have sympathy for the film. It seems like a good idea that the likes of either John Waters or the Farrelly Brothers could have had a field day with. That’s not the film that ends up on screen, though, and what we’re left with is yet another inert, confused indie to toss onto the pile of similarly minded misfires.

Moments of Clarity is now playing at Carlton Cinemas, and can also be found on VOD. 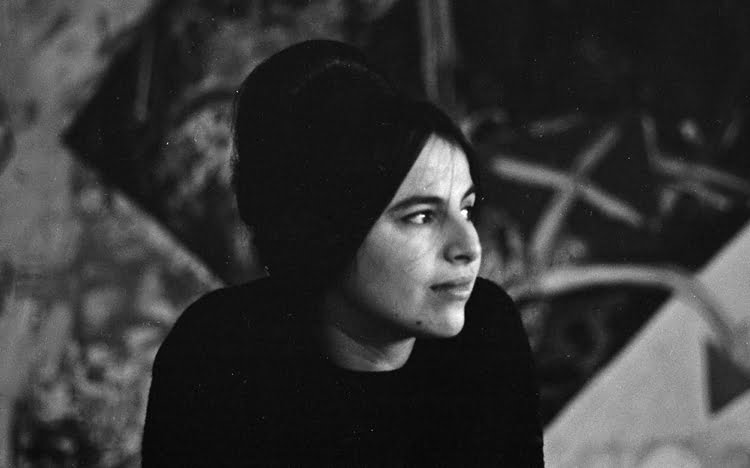 One of the greatest artists to make a major impact in only roughly a decade of working on a professional level, New York visual artist Eva Hesse, the subject of filmmaker Marcie Begleiter’s rudimentary but remarkably comprehensive and compassionate documentary of the same name, is a name that even casual art buffs should know and respect.

A mainstay of the New York City arts scene in the 1960s – which was no small feat given the male dominated art culture of the time – German born Hesse dabbled in everything between minimalism and maximalism, and although she was best known for her stunning, often austere sculptures and installations, she was also a force to be reckoned with when it came to painting and drawing. Focused on her art as her one true passion in life, Hesse seemed like she could do anything.

Her life wasn’t an easy one, though. She was Jewish and only just barely escaped from Nazi Germany during her childhood. She struggled with depression, which was troubling since her mother committed suicide at a young age. She thought she had found love in fellow sculptor Tom Doyle (who to his credit does show up, but to his discredit goes light on himself and tries to mansplain a lot), but she watched in agony as her marriage crumbled around her. And if all that wasn’t enough for one lifetime, she was diagnosed with a brain tumour that would end up taking her life in 1970 at just 34 years of age.

Eva Hesse does right by its subject, even if Begleiter’s directorial approach and structure is virtually indistinguishable from most biopics about famous people. It helps that most viewers are likely unfamiliar with Hesse. Using modern interviews, archival footage, intimate examinations of how some of her finest works came to be, and a lot of Hesse’s own words and feelings from her diaries (read here by actress Selma Blair), a full and compelling picture is painted of a major talent that the world lost far too soon.

Eva Hesse runs for three screenings at The Hot Docs Ted Rogers Cinema on Sunday, September 25, Tuesday the 27th, and Wednesday the 28th. 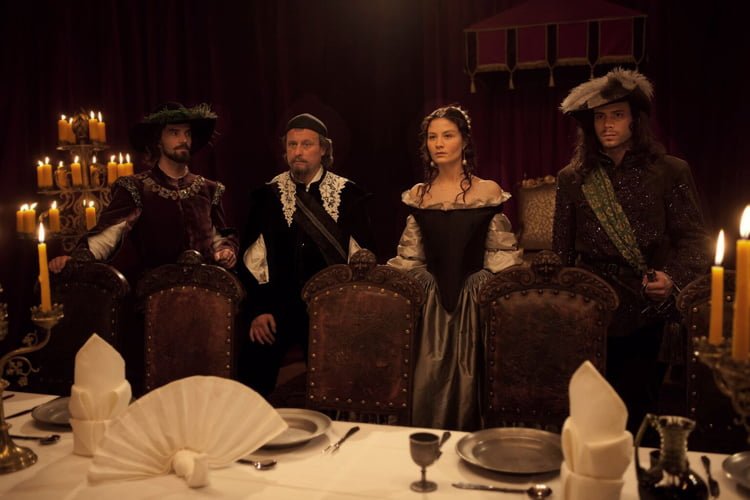 A so-so movie about a fascinating historical figure, The Girl King tells the story of Queen Kristina (played by Malin Buska), who became the leader of Sweden in the 17th Century by virtue of being the only heir to her father’s throne. Her views were radical and potentially game changing, especially for a young, female monarch, prioritizing the need for peace in the thirty year long war between the Roman Catholics and the Protestants over the need to take a husband. Inspired more by Marcus Aurelius, Martin Luther, and Rene Descartes (with whom she forged a friendship and correspondence) than any concept of divine right, Kristina was a true anomaly at the time. She also kept part of her headstrong personality to herself, as she was a closeted homosexual.

Finnish director Mika Kaurismäki (older brother of Aki) certainly mounts a credible, sumptuous period drama on a production design level, but everything else about The Girl King – from the pacing to tone deaf dialogue that sounds like every word is its own speech – feels like a made for television production. The film races over Kristina’s early years and upbringing so fast that it all takes place before the title card comes up, and the film that follows seems somewhat hobbled by it. There’s a distinct lack of patience here, and while Kaurismäki and screenwriter Michel Marc Bouchard seem to cover everything they want to, a moment to let key decisions and emotional beats sink in would have been appreciated.

Thankfully, the film’s biggest asset and attraction is the work of Buska, who delivers a commanding, charismatic, and confident performance in the lead. She towers over every frame of The Girl King, and rightfully so. Even when the material is at its cheesiest and most inert, she’s compulsively watchable. She’s particularly exceptional in scenes where Kristina has to square off philosophically against the chancellor who essentially raised her, played by an almost equally strong Michael Nyqvsis, and Buska singlehandedly rescues the film’s lazily slapped together infatuation between Kristina and her lady-in-waiting, played by Sarah Gadon in yet another role where she gets very little to do outside of playing the object of someone’s affections and desires.

It’s hard not to wish that a better film could have come of The Girl King, but thanks to Buska there’s a specialness to it that wouldn’t have been brought to the project without her.

The Girl King is now playing in the GTA at Carlton Cinemas, Market Square, and Elgin Mills.