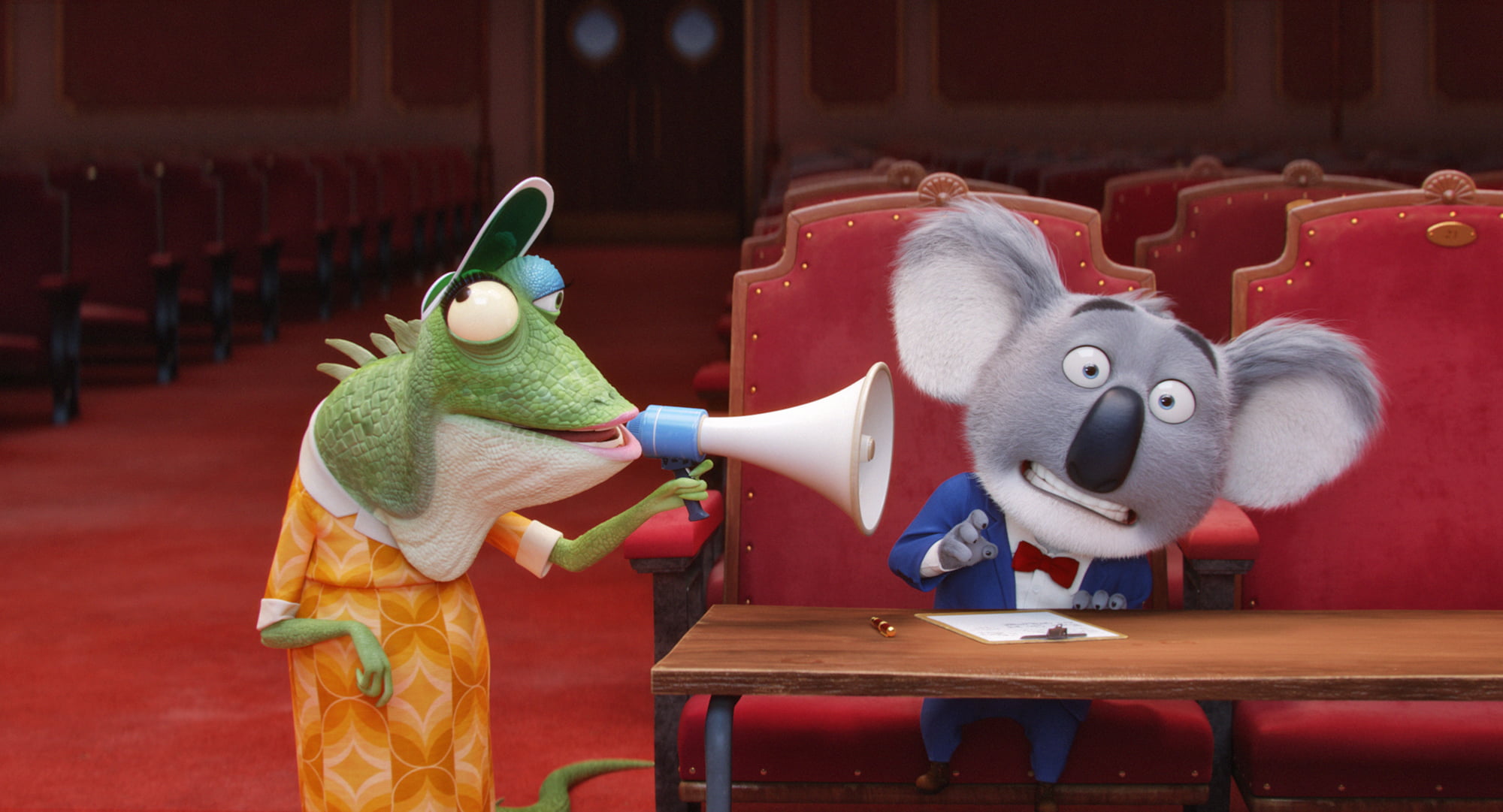 A harmless, well meaning, toe tapping animated romp, Sing isn’t a new family movie classic by any stretch of the imagination, but it will do fine for both kids and adults in a pinch. It’s the kind of movie single adults can suitably enjoy and get the gist of after a single viewing before moving on with their life, but a parent of small children will instantly recognize this as a film where the inevitable DVD or Blu-Ray will be placed into heavy rotation thanks to its blend of cute and cuddly anthropomorphized animals and instantly recognizable pop smashes crammed wall to wall. It seems tailor made for parents who might need to throw something on the TV to keep a toddler distracted for almost two full hours. There are far worse things those kids could be watching, but just be prepared for all those lengthy sing-along sessions.

Sing kicks off by documenting the troubles of Buster Moon (voiced by Matthew McConaughey), a koala whose dreams of being a legit theatre impresario are crumbling thanks to massive amounts of debt following a string of costly flops. In danger of losing the theatre and career that means so much to him, he devises what he thinks is the low cost idea of holding a singing contest with a top prize of $1,000. Via a clerical error, a notice goes out saying that the top prize is $100,000, sparking frenzy among wannabe musical superstars. Buster notices the error and presses on anyway, hoping that his spoiled rich kid best buddy (John C. Reilly) will find a way to help him make good on the deal before the theatre crumbles and he’s found out to be a fraud.

There’s Rosie (Reese Witherspoon), an over worked, big dreaming pig and mother to dozens of little piglets that her perpetually exhausted workaholic husband (Nick Offerman) can’t be bothered to deal with. There’s Mike (Seth McFarlane), a bullying, jazz crooner mouse with a tendency to borrow and gamble away more money than he can pay back. Ash (Scarlett Johansson) is a teenage punk-rock porcupine trying to be herself and cope with a bad break-up while Buster tries in vain to change her image. Kindly, soft-spoken gorilla Johnny (Taron Egerton) wants to put his singing talents to good use, but he’s been forced into the life of a getaway driver by his master thief father. Easily stage frightened but powerfully voiced elephant Meena (Tori Kelly) can’t even find the courage to audition, let alone perform in front of an audience, but Buster sees something in her and makes her a stage manager. If you’re wondering if she ultimately gets a chance to live out her dream and overcome her fears, you’ve never seen a movie in your life.

Post-Zootopia it’s hard not to realize that Sing aims pretty low and isn’t all that clever, despite never doing anything groan-worthy or necessarily wrong. There are great messages here about following your dreams, believing in yourself, and how honesty is the best policy, but there are thousands of films that already bear these hallmarks and deliver those points more imaginatively. It’s gleefully unpretentious in its desire to entertain, but also not as inventive as it could have been, but visually and narratively. Unlike many recent efforts that try to create a balance between appealing to kids and adults, Sing aims squarely at the younger members of the audience with a few, slight passing nods to the parents that brought them to the theatre. It’s just good enough to hold together. 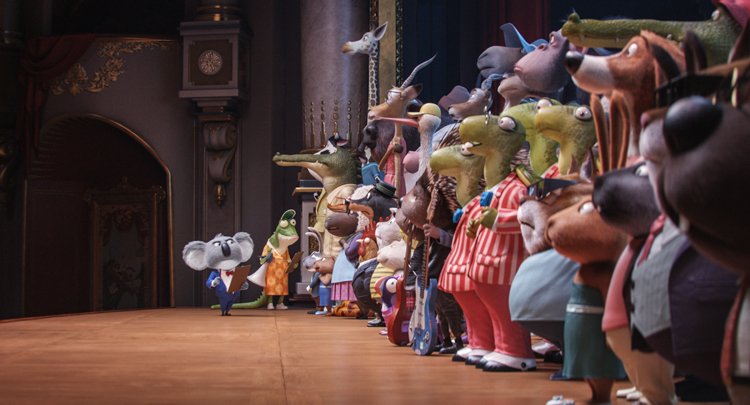 Still, writer-director Garth Jennings (Son of Rambow, The Hitchhikers Guide to the Galaxy, and also the scene-stealing voice here of Buster’s elderly, glass eyed, forgetful lizard assistant) knows how to keep things snappy, and his biggest success is something that a film with this many plot threads might take for granted. Each character here has a story, an arc, and they all come to a firm resolution. Given the somewhat unusually long running time for this kind of film, I began to worry if Jennings (who gets an assist in the animation department by co-director Christophe Lourdelet) was taking on too much and was in danger of leaving things dangling. Lots of films aimed at kiddies leave plenty of frayed plot threads, thinking that kids wouldn’t notice or care as long as the primary heroes make it out okay. The best asset of Sing – outside of breaking the record for most instantly recognizable pop hits in a single film that Suicide Squad set earlier this year – is that everything wraps up more or less perfectly. Every character has their own mini-movie, and while some are more entertaining that others, it’s nice to watch Sing come together as a well structured whole and not just as an excuse to string a bunch of songs together in montages and call the final product a movie.

The voice cast – most of whom do their own singing – also lend a lot of charisma to their well rendered avatars, but it’s actually McConaughey who remains the film’s biggest ace in the hole. Although Buster only sings a snippet of a song (quite hilariously), the character doesn’t need to show off its vocal range to shine. McConaughey seems to be channeling Gene Wilder for his performance as a charlatanic, but genuinely sweet natured producer, and it’s the perfect decision. While everyone else gets to have fun and romp around, he provides the heart and wit the film needs to take flight. I dare say it might actually be one of the actor’s best performances.

Sing has a lot of great moments and has been made with a lot of thought an care, but it never goes the extra mile to achieve anything great. Such is the M.O. of Illumination, the French animation studio that gave the world the Minions and The Secret Life of Pets. As long as the kids are into it and the majority of adults don’t find it annoying then this studio seems to think they’re on the right track. It’s not careless in any way, but very basic. Next to the Despicable Me films, Sing is assuredly their best effort, but it’s still largely kids stuff.

Check out the trailer for Sing: