The behind-the-scenes performing arts documentary Reset, from filmmakers Thierry Demaizière and Alban Teurlai, never reinvents the template set forth by the countless films about dance troupes that preceded it, but within that well established framework the directorial duo looks at a fascinatingly atypical figure in the ballet world. In terms of construction, it’s fairly rudimentary with some great touches here and there, but in terms of substance it’s compelling and engaging even for those who probably don’t care about the inner workings of one of the most revered and celebrated dance troupes in the world.

Reset finds Demaizière and Teurlai capturing the over 300 year old Paris Opera Ballet at a time of great artistic change. Stepping into his new role of director for the ballet is choreographer extraordinaire Benjamin Millepied, taking over from a director who had been there for the past two decades. Millepied – perhaps best known outside the dance world as the choreographer for Black Swan and as the husband to actress Natalie Portman – brings with him a lot of game changing ideas that make some around him bristle. He thinks that ballet is unnecessarily competitive and political. He thinks it’s so driven by white people that it’s practically racist. He doesn’t think that yelling at his dancers to get them to do better is at all constructive. He’s also remarkably hands on for a director, functioning almost as a teacher and mentor to the 154 members of the venerable troupe.

Reset documents Millepied’s first major challenge as the head of the Paris Opera Ballet: the construction of an original 33 minute show that has to come together in 39 days (not counting a five week summer break, but definitely including a nail biting labour strike). Demaizière and Teurlai wisely focus on the attempts made by Millepied to buck hundreds of years of dance world tradition and the tensions that come with someone trying to mount their first big show.

The primary audience for Reset remains those already enamoured by ballet, but curiously the actual moments of dance are saved largely for the film’s final third when the show is allowed to speak for itself. The dancers and their efforts are wisely only looked at in any true depth once all of the nuts and bolts pieces of the show have already been slotted into place. 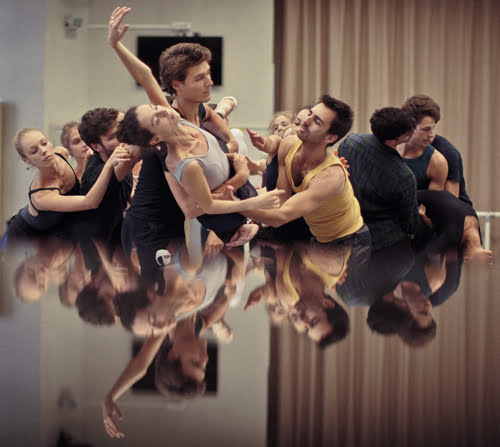 Millepied is a fascinating figure to follow around. He’s always happy to explain to the viewer just what he’s doing, occasionally breaking documentary convention by directly addressing the camera to express a moment of frustration, joy, or as a bit of a joke. He’s as much a teacher as he is a student. It seems like hardly any of the 39 days being documented goes by that he isn’t intensely watching or closely reading a performance from the past. He’s constantly striving to be better, and he wants people who genuinely want to learn along with him instead of surrounding himself with selfish types who only want to succeed. While a lot of the training sequences with the dancers in Reset seem a bit pat (but gorgeously captured), Millepied’s place as an anomaly in the ballet world makes him a perfect audience surrogate. He’s wise and seasoned, but nothing can prepare him for the pitfalls he might be facing.

The stress headaches, financial concerns, and mental demands of putting on a large scale ballet for one of the most discerning and critical audiences in the world comes through wonderfully here. The prospect of watching Millepied grapple with various bureaucracies in order to get funding for the show sounds like it would be dull as dishwater, but it turns out to be one of the most humane highlights of the film. Glimpses into how the ballet created a successful web division and the exploits of Benjamin’s constantly on-the-go assistant sound like asides, but end up informing the greater whole.

Demaizière and Teurlai have juggled all of the elements of putting on a show by showing a keen sense of knowing when to slow down or speed over certain aspects of the production. If something is interesting or integral to an understanding of how the Paris Opera Ballet works, they’ll dwell on it. If something is more of an aside or can be explained away in seconds, they move along pretty quickly. Reset feels comprehensive, but it never drags. It moves at a fast pace, but it never feels like something has been missed or glossed over.

At a certain point in the film, a dancer possibly breaks her nose in the middle of a rehearsal. She stops the bleeding, everyone makes sure she’s okay, and they get back to work. This scene is a near perfect metaphor for the film that Demaizière and Teurlai have created. Unlike Millepied’s work, it’s hardly a game changing film, but it’s definitely worth appreciating.

Reset opens at The Hot Docs Ted Rogers Cinema in Toronto on Friday, December 23, 2016 and at Vancity in Vancouver on Sunday, January 1st. You can also catch it on VOD this coming March.

Check out the trailer for Reset: