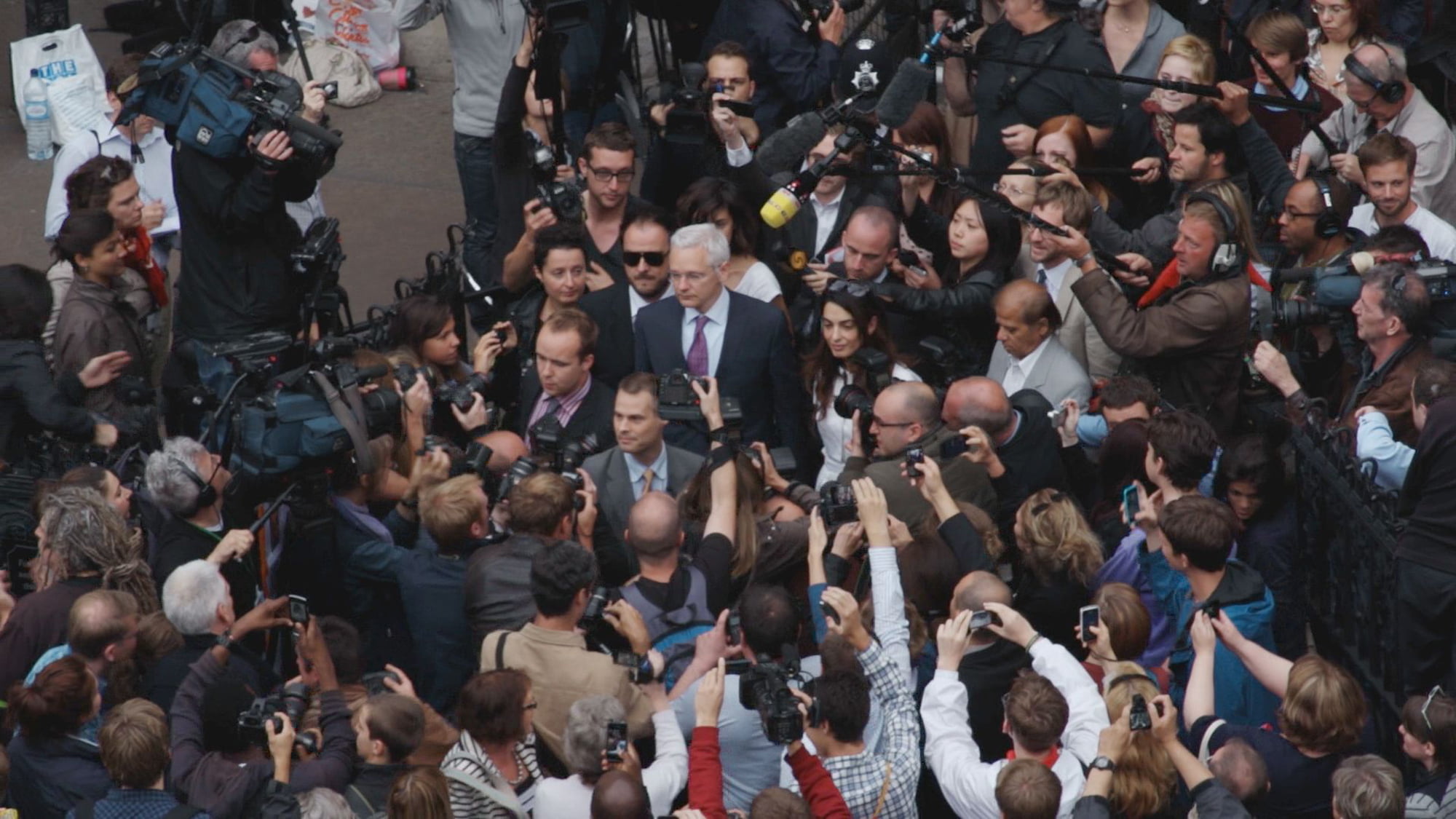 Filmmaker Laura Poitras captured the essence and danger of modern whistleblower culture with her Oscar winning documentary Citizenfour, a first-hand look at the leaking of sensitive U.S. government surveillance documents by Edward Snowden. However, it turns out that before Snowden contacted Poitras to document his struggles and escape to freedom, she was already hard at work on following a much more high profile and controversial whistleblower: WikiLeaks founder and mastermind Julian Assange.

Risk, which now acts as Poitras’ follow-up to Citizenfour instead of a precursor, was filmed over the course of six years with unprecedented access to Assange and his inner circle that will likely never be granted again. Poitras was there at the beginning of WikiLeaks’ notoriety in 2010, when Assange and company had a hand in the publication of unredacted governmental cables, and witnessed firsthand the fallout that resulted. She was also in close proximity to the filmmaker when he was accused of sexual assault in Sweden, and his prompt 2012 retreat into hiding at the Ecuadorian embassy in London to avoid extradition. Not too long after that, she would leave Julian to spend time with Edward Snowden – something Assange was not happy about being excluded from – before returning to him during the recent U.S. presidential elections and documenting his uneasy relationship to the Donald Trump campaign because of his beliefs that Hillary Clinton was a warmonger who had the daggers out for him.

That’s the gist of Risk, but Poitras’ markedly lesser look at a famous whistleblower almost defies explanation or analysis. It’s a confused, muddled mess of admittedly decent footage in search of an overarching throughline that maddeningly never materializes. On one hand, Poitras clearly still identifies on a deep level with Assange’s crusades for transparency by world governments and the power brokers pulling the strings, but she also doesn’t fully trust him. I guess that’s understandable, since Assange doesn’t seem to trust her, either.

After an opening thirty minutes that seem to praise Assange to the high heavens and boost his megalomaniacal tendencies even more, things quickly become baffling and inscrutable. This shift occurs right about the time that the sexual assault charges against Assange are brought up, and briefly Risk threatens to become an interesting film. Inexplicably, Assange allows Poitras to film a briefing with his lawyers where he desperately wants to make it known that the charges against him are a part of some sort of vast feminist conspiracy. It’s a decidedly un-heroic moment from someone who clearly wants to be loved for his contributions, but desperately wants to avoid martyrdom; someone who wants to take all the credit for his successes and none of the blame for his failures and misgivings. He wants transparency in the world, unless he’s the one who has to be transparent. One hopes that Poitras, a woman filmmaker, would use this as a jumping off point, especially when there are revelations that WikiLeaks fostered a sexist working environment. Even before this moment, Poitras says that she tried her best to ignore the contradictions of Assange, but that they eventually became the bulk of her story.

I would suggest that she’s still trying desperately to forget about those contradictions. Risk feels like a film made by someone trying to escape a cult-like indoctrination with only one foot out the door. Taking out of the equation what one might think about WikiLeaks itself, Risk never fully decides on a focal point and quickly just looks at brief moments from the past several years. Since she can’t quite bring herself to be critical of Assange’s personal actions – despite providing voiceover from her own journals – she never dwells on the negative for longer than necessary. She captures Assange saying and doing things that can’t be spun in a positive light, so she just lets them sit there. 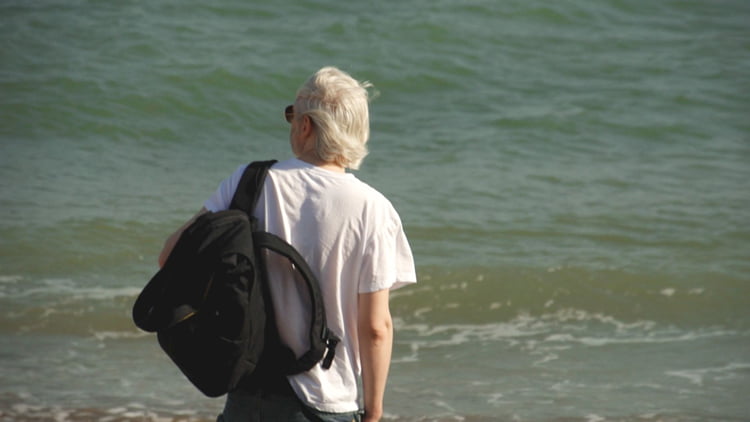 The opening, where Assange naively tries to get right-hand woman Sarah Harrison to reach then Secretary of State Hillary Clinton’s office, feels laughably staged and unrealistic, like watching people playing up to the presence of a camera rather than pure documentary. Instead of delving deeper into Assange’s darker aspects, and so she doesn’t lose access to her arrogant, egotistical, passive-aggressive subject, Poitras instead shows the viewer sequences of Assange working out at the embassy with a boxing coach and a painfully long interview he did with Lady Gaga that’s banal in every respect. Late in the film, Assange, seemingly bored by his inactivity and time out of the public spotlight, jokes that a sex scandal every several months would be great for his profile. It’s only barely remarked upon by Poitras, who reveals that she might be too close to her subject to think critically about him at all.

Which brings up a great point that I don’t think Poitras wants to consider: why make Risk at all when it would have been less painful to walk away from the story? It offers nothing new in terms of insight about Assange, positively or negatively. It’s a film made up of carefully curated moments that go nowhere and advance nothing in either direction.

The major question at the heart of Risk is a simple one that people have wrestled with for decades. What if the person you idolized was actually a terrible human being? Poitras has no answers and doesn’t even want to slightly hypothesize, instead asking her core question with a resounding ninety minute shrug. Throughout every moment of Poitras’ documentary, Risk comes across as an attempt to salvage a project that has both gone off the rails and fallen apart. Considering how good Citizenfour was at making someone as complicated as Edward Snowden into someone worth following, Poitras’ inability to do the same with the even more complex Assange strikes as a massive letdown.

Risk opens in Montreal and at TIFF Bell Lightbox in Toronto on Friday, May 12, 2017.

Check out the trailer for Risk: