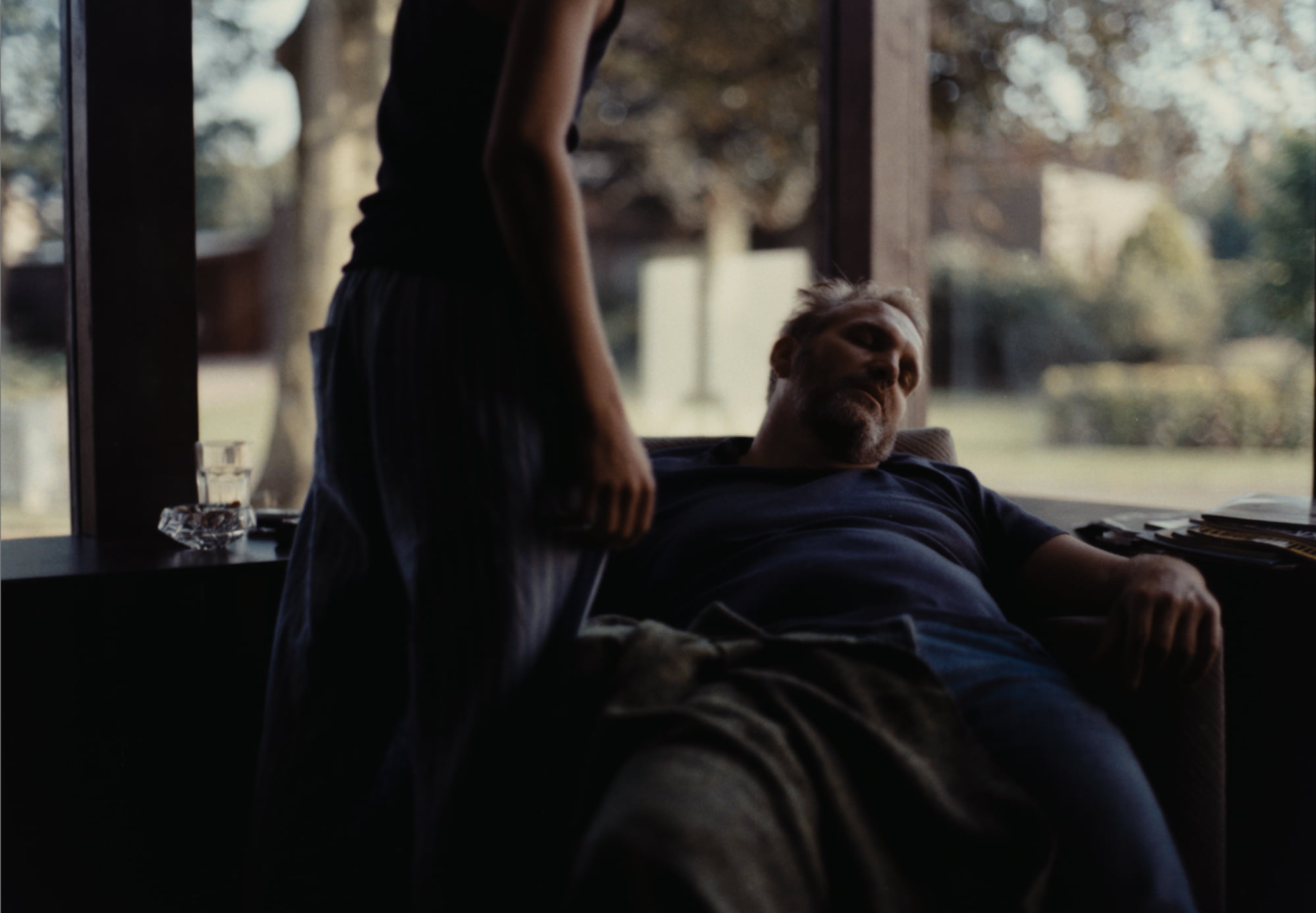 Belgian filmmaker Bas Devos’ chilling, but empathetic debut feature Violet looks and feels like life as observed by a hovering ghost. It’s the rare sort of film that can blend the austere and ambiguous with the profoundly emotional. It’s life viewed at a distance, but always easy to decipher. Many films have been made about young people attempting to cope with life in the aftermath of a tragedy, but few have been as unflinching and intimate as Violet. Although it has taken a couple of years to find wider release, it’s not hard to see why Devos’ film garnered a Grand Prix jury prize at the Berlin International Film Festival in 2014.

Violet opens with a sequence as unique as it is haunting. The viewer watches several security camera monitors at a quiet, nondescript strip mall. The actual security officer leaves his post. The viewer is left alone with the cameras and their shifting, cycling perspectives. What starts to unfold is the stabbing death of a teenager named Jonas. The viewer is one of a small number of to see the crime happen, with the other primary witness being fifteen-year old Jesse (Cesar De Sutter).

At first, Jesse retreats into his grief, but eventually begins to hang out with his BMX riding homies again. Jesse further spirals into a quiet depression when he discovers his friends, family, and various well wishers try their best to avoid talking about the incident. Deep down, finding someone to talk to about what he went through in that moment is all Jesse really wants.

Violet is a patient film, and Devos never lands in a single place that he doesn’t feel like spending a great deal of time. Even the briefest scenes are drawn out to great effect and creatively staged, from the aforementioned opening scene, watching people in a house simultaneously in different rooms from the exterior, capturing a conversation in the flatbed of a pickup via an ambitious tracking shot, or just watching people sitting down to eat and reflect. Most haunting of all these stitched together moments might be the dismantling of the rotting mass of flowers and candles left at the site of Jonas’ stabbing. That moment doesn’t last as long as some of the others I mentioned, but it’s the one that haunts me the most, underscoring Jesse’s desire for closure in a world determined to move on without it. 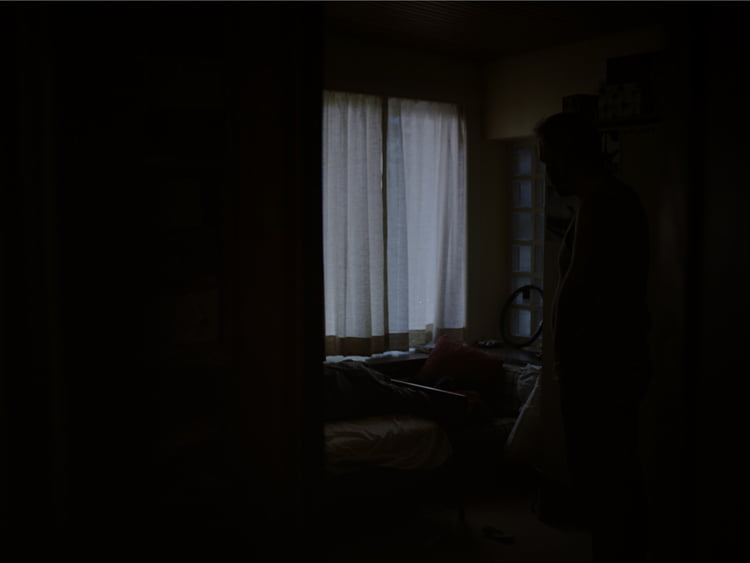 I’d hesitate to say that the viewer has assumed the viewpoint of Jonas’ disembodied ghost via Bullhead cinematographer Nicolas Karakatsanis’s full-frame imagery. I’d also hesitate to say that Devos wants the viewer to act as a sort of impartial, omniscient god-like entity. It could be either of those things, but mostly the stripped-down style serves as a simple, potent reminder of the all encompassing nature of grief and misplaced guilt. While there are few smiles to be cracked on the faces of characters throughout Violet, they are there. Devos asks for viewers to have patience with Jesse and to spend the appropriate amount of time looking for them.

Long before it reaches its stunning long-take climax, viewers will be unsure of exactly what Violet might be building to. Those willing to put in an effort to spend time reflecting on the film – the same amount of time that those around Jesse almost refuse to put in – will be richly rewarded and engaged by wondering just where Devos might be going with all of this. Depicting grief and loss appropriately and empathetically as a form of suspended animation or emotional paralysis, Devos gets to the heart of his characters and rough hewn story with a great deal of power.

Violet opens at Kingsway Theatre in Toronto on Friday, May 12 and at Carlton Cinemas in Toronto on Sunday, May 14. It also opens in Los Angeles and New Orleans on May 12, Chicago on May 19, Portland, Oregon on May 26, June 2 in Columbus, Ohio, June 9 in Seattle, Washington, and screens for one night only on June 18 in Cleveland, Ohio.

Check out the trailer for Violet: