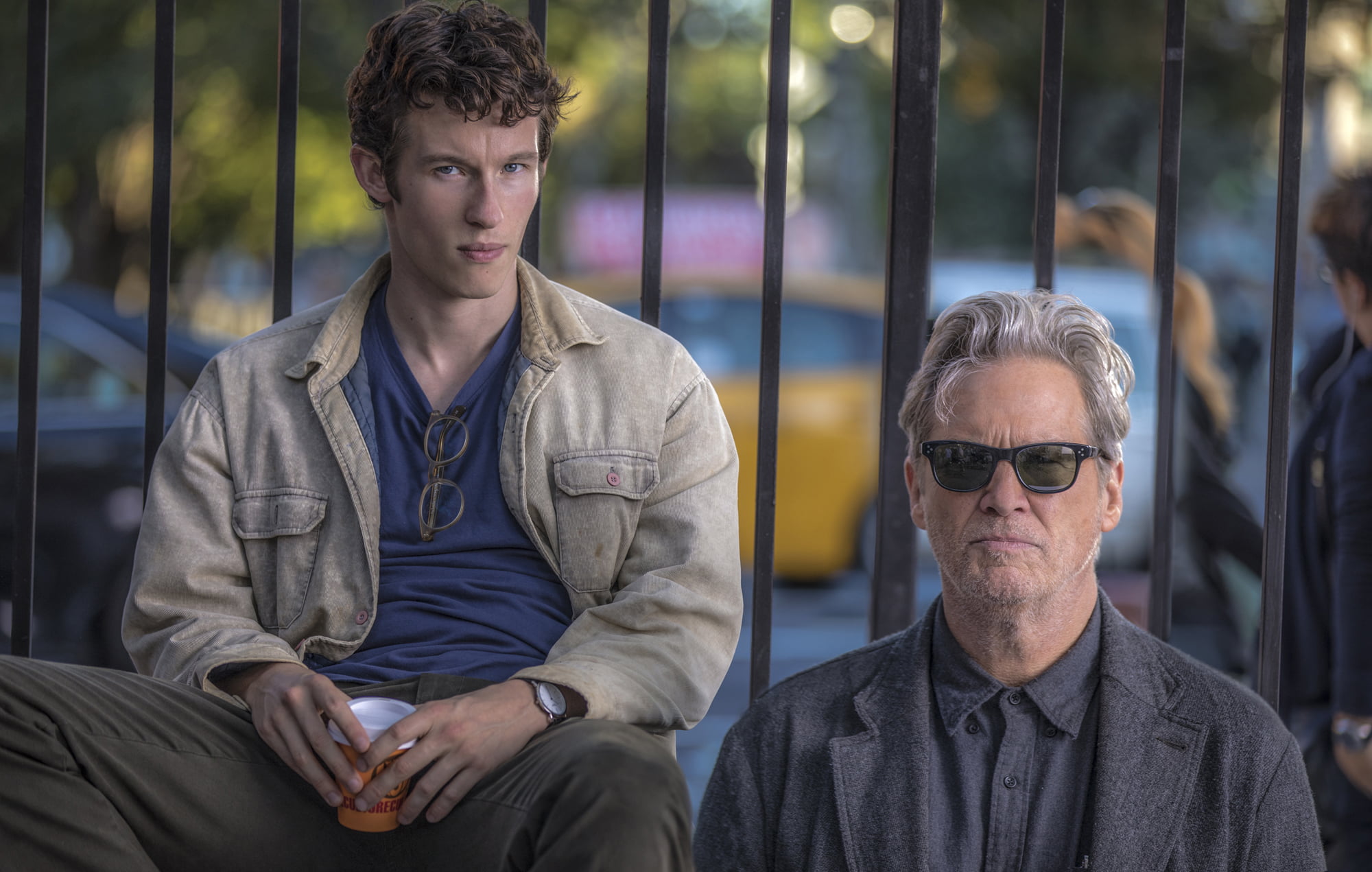 I’m always amazed whenever a drama like The Only Living Boy in New York gets made. I’m not amazed in terms of how it reflects upon the human condition or how it’s able to convey grand emotions in subtle ways. I’m amazed by films like director Marc Webb and screenwriter Allan Loeb’s The Only Living Boy in New York because they feel like they’re made by artists who have never once sincerely interacted with flesh and blood human beings. Together, Webb and Loeb have crafted something so thoroughly self-aggrandizing, stultifying, and pretentiously off-putting that it essentially has no real audience outside of a select handful of hermetic, standoffish bibliophiles who are silently waiting for the world to end so they can catch up all the reading they missed during the cold, harsh, eternal winters of the apocalypse.

Thomas Webb (Callum Turner) is a hyper-literate, struggling young writer of privilege from Manhattan at a romantic crossroads that seems to exist only in his own toxic “nice guy” mind. He yearns for a romantic connection to equally literate (and only slightly less vapid and pedantic) Mimi (Kiersey Clemons), a woman he had a molly fuelled one night stand with. She has a boyfriend (never seen, but we know he’s a musician in a band named after an edgy, heroin-chic reference), and she’s about to head off to Croatia once her time is up at NYU. Thomas sulks, but finds solace in the company of W.F. Gerald (Jeff Bridges), a mysterious neighbour in his building that doses out poetic, sage advice with glasses of wine. Thomas’ life becomes even more complicated when he discovers his publisher father (Pierce Brosnan) is having an affair with a smouldering temptress (Kate Beckinsale) not long after his mother (Cynthia Nixon) suffered a nervous breakdown. Thomas wants to confront his father’s mistress about the affair, but instead of giving the woman what-for, he carries on a flirtation and sexual relationship with her instead.

Opening with clunky, forced, and overwritten narration about how New York City has “lost its soul,” The Only Living Boy in New York doubles down on cramming in as many cultural, musical, and literary signposts as it can possibly hold without ever once trying to come up with intriguing characters or any situations worthy of audience investment. It’s a film that wants to show off all of its knowledge at once, without ever showing that said smarts are being put to constructive or healthy use.

There was a great running gag in the parody comedy They Came Together about how New York City functions cloyingly as a character in most films that take place there. The Only Living Boy in New York is one of the few films where the Manhattan locations are the only things worth following or paying attention to. Webb (500 Days of Summer, The Amazing Spider-Man) makes the city look appropriately chic and pastoral, while openly groaning about how great it looks and how it needs some dirt and grit to lend it character once again. To say that Webb has missed the point of his own move entirely would be an understatement. 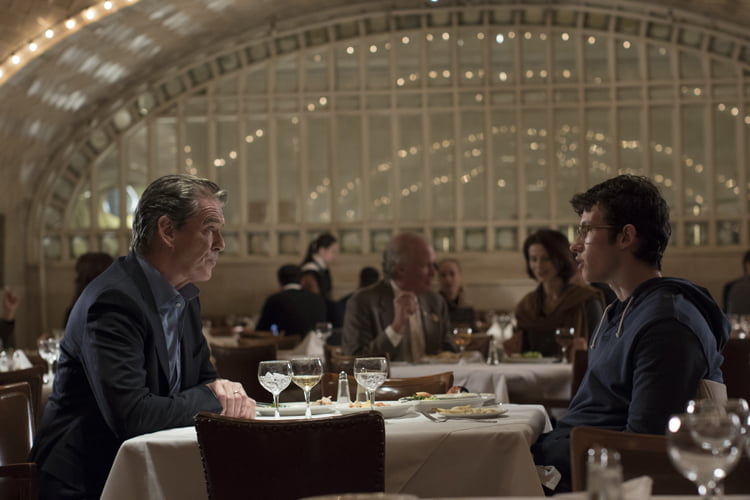 Loeb (who has penned such “classics” as The Dilemma, Collateral Beauty, and Just Go with It) thinks he has made a film about how everyone is the narrator and writer of their own life’s story, but every cloying sentiment contained within The Only Living Boy in New York is phony to the point of arrogance and offensiveness. Everyone in Loeb and Webb’s world fights to control every shallow, pointless conversation not as interactions between human beings where they talk about their feelings, desires, and thoughts, but as if they were in a verbal knife fight over who gets to be the next Woody Allen or Allen Ginsberg. There’s never a sense that these characters actually give a damn about what happens to them as long as they sound smart in their indignation towards the world around them. Everyone lugubriously spells out how they’re feeling in a slew of references that suggest they’re all secretly competing to write the next “Great American Novel” aloud. That might be the point, but the arrogance on the part of Webb and Loeb to not offset any of this with even a shred of genuine humanity or humility is stupefying and laughable.

Every male character is sexually frustrated and tortured, and every woman is frail and harbouring secrets that can ruin lives. All inner monologues are laid bare for other characters to hear, but everyone’s so self-obsessed that none of it registers beyond some occasionally raised voices. Bridges (delivering his worst performance next to R.I.P.D.) pops up every now and then like a Manic Pixie Dream Great Gazoo to give Webb’s “hero” advice on how he should demand affection from his crush and why it’s perfectly okay to bang his dad’s mistress. The more The Only Living Boy in New York morphs into a brain dead riff on The Graduate, the worse and more unwatchable it becomes.

It all builds to an obvious twist that blends into the rest of the film’s nothingness like a fart in a Manhattan sewer, and it’s one that no one in the cast can sell credibly. Outside of Bridges (who I pray is purposefully hamming things up here), none of the rest of the cast can be faulted for playing Webb and Loeb’s material as it has been written on the page. In fact, it’s the most “written” film of the year, and I mean that in the worst possible way. The Only Living Boy in New York has delusionally positioned itself as a postmodern deconstruction of modern problems told through old school literary tropes, but it has its head so far up its own ass that it forgets that writers – no matter how pretentious or gregarious – are people, too. The Only Living Boy in New York purports to be a love letter to the classics. All it’s really in love with is its own sense of self-importance. This is a film made by people who know what they love, but have no clue whatsoever what real love is.

The Only Living Boy in New York opens on Friday, August 25, 2017 at Cineplex Varsity in Toronto and Fifth Avenue Cinemas in Vancouver.

Check out the trailer for The Only Living Boy in New York: