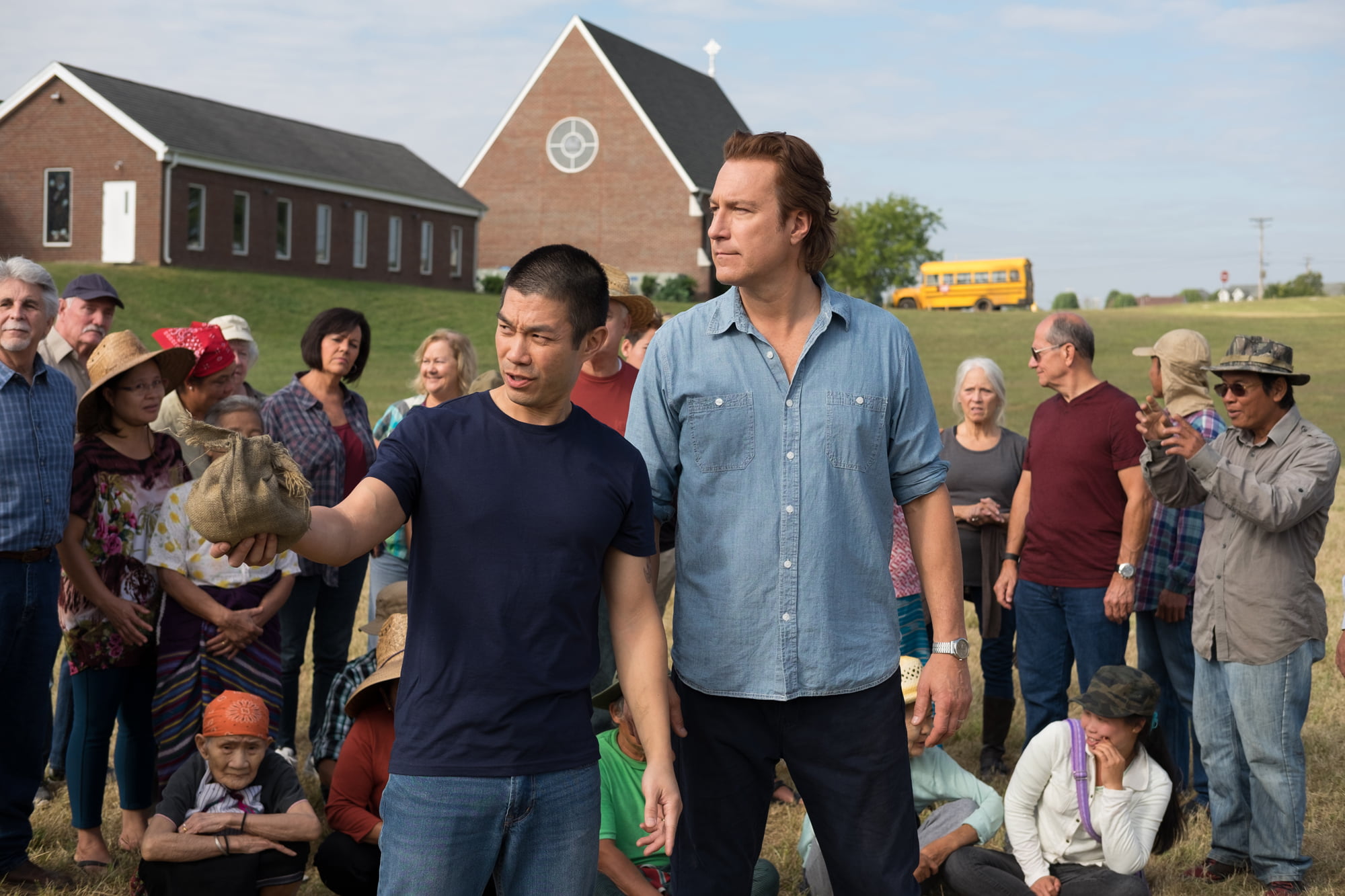 Modern day faith based films are an often dire, but highly profitable lot. Usually preaching the teachings of Jesus Christ while lecturing the viewer that bad things will happen if they don’t follow, or perhaps even more dangerously telling people to keep praying for solutions instead of being proactive, these cheaply made tracts of choir preaching tend to send mixed messages about what it means to live a holy life. So when a film like the imperfect, corny, but wholly genial and genuinely well meaning All Saints comes along, it’s cause for minor celebration. Sure, it’s still pitched at the same emotional level as a Hallmark movie-of-the-week, but at least it’s about good people doing good things and never sitting around waiting and hoping that God will just bail them out for being good.

Based on a true story, All Saints casts John Corbett as Reverend Michael Spurlock, a former paper salesman turned Episcopalian pastor who moves to the small town of Smyrna, Tennessee to take over leadership of the titular church. Rookie preacher Spurlock has been hand selected by local bishops not because of his piety, but instead for his business background. The powers that be in the church hierarchy want to sell off the land All Saints sits upon to any land developer keen on building a big box retailer there, and Michael’s job is to help put the parishioners at ease about losing their beloved place of worship while making sure the property assessment goes smoothly. Michael seems keen on doing the best job possible as a lame duck pastor, but he makes no bones to his wife (Cara Buono) and son (Myles Moore) that they’ll probably only be in town for a few weeks before he’s sent to another church.

Michael’s mission changes when a group of Burmese refugees discover the church and come looking for help. Fifteen Anglican Karen families’ totalling about one-hundred people have been landed in town, barely scraping by on welfare, finding few job prospects, and are in need of a leg up. Led by the well spoken Ye Win (Nelson Lee), the families look to Michael and the essentially broke church for practical solutions to their problem. Seeing this as a chance to prove that his change in vocation was the right call, Michael teams up with the town’s original parishioners (against the wishes of his bishops) to create a large scale garden on the property. If they grow enough crops on the fertile, untapped land with the help of the agrarian Burmese immigrants, there could be enough money to pay down All Saints’ massive mortgage, pay Michael’s salary, and provide sustainable jobs and food sources for the families.

With rudimental direction courtesy of Steve Gomer (Barney’s Great Adventure, lots of television) and a screenplay from Steve Armour that’s been constructed with broad, but well placed brush strokes, All Saints won’t break too much new ground in the filmmaking and storytelling departments, but what they have created might be the most left leaning faith based film to come out of the recent spate of Jesus-y cinema. A film about treating others as one would like to be treated, All Saints never judges any of its characters despite always threatening to go off the rails. I cringed a bit when the first time the viewer meets the Karen refugees in a welfare office, fearing this was going to be another right leaning look about a white saviour who brings people into the Lord’s guiding light. Very quickly, All Saints proves that it has no interest in giving into stereotypes. Government and church officials are painted in skeptical lights (with small town police officers daringly shown as the worst and most uncaring of all), while the refugees are shown as intelligent, hard working people who want to make their own second chance at a better life instead of waiting for someone else to provide it for them. There’s also a healthy dose of skepticism, but none of it is delivered towards the refugees, with characters questioning the ill prepared Michael as to whether or not he’s helping out altruistically or if he’s trying to find some sort of divine, personal glory. 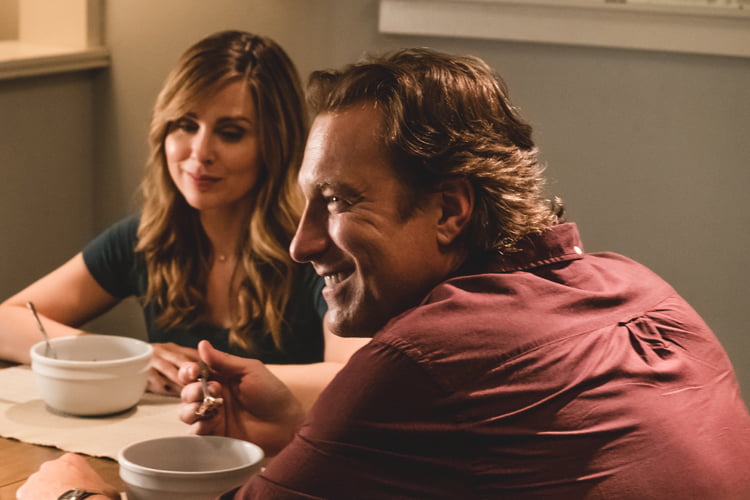 Not once during All Saints do any of the characters stop and pray to the heavens for a miracle, and Gomer and Armour wisely never provide any moments of real epiphany. Everything good that happens in All Saints is because of the intentions and hard work of others, and the film wisely never makes too big a deal of it. All Saints succeeds mostly by just letting people do what they have to do in order to survive or to help the less fortunate. The characters aren’t expertly defined, but the situation at hand is, with Gomer and Armour explaining the enormous task of keeping the church and starting a farm from the ground up, convincing others outside the organization to help, and trying to integrate these refugees into a local economy that initially wants little to do with them. The story moves along not because God is good God is great, and God will solve all of your problems if you wait long enough, but because there are always a handful of good people willing to help.

Now, that sounds like what a Christian themed film should normally be about, but anyone who has had to suffer like I have through dozens of American produced, faith oriented movies across their mainstream resurgence in the past decade will tell you that this shockingly isn’t the case most of the time. Most works of Christian cinema are dour, preachy, pushy, and judgmental in ways The Good Book would probably argue against. Most Christian films talk about how people need to repent, sermonize, convert people, and fight back against a non-existent persecution complex in modern society. All Saints never cares about any of that. It wants to be about deeds, not words; kindness in action instead of keeping those needing help merely “in our thoughts and prayers.”

It’s hardly a landmark work of cinema by any stretch, and I’m probably grading on a healthy curve here, but I dare say that All Saints is the Christian themed film that the faithful could use right about now, and the kind of motion picture that faith based filmmakers should have been making all along. Filming at the real life Tennessee church and made with the involvement of many of the church leaders, townspeople, and refugees who lived through the story lends a great deal of authenticity and allows the film to eschew any hoarier sentimentality than is absolutely needed. Instead of spending all its time on its knees or with its head in the clouds, All Saints remains comfortably and likably earthbound.

If there’s one major weak link to All Saints’ feel good structure it’s Corbett, who’s likable, but all wrong for this role. Michael Spurlock has been written to have a bit of fire and edge to him, but Corbett, who always comes across as if he’s hosting a low-key television show, has about as much fire and edge as a beach ball in a swimming pool. He’s not a good enough leading man to portray Spurlock’s huckster side and even worse when it comes to conveying frustration and anger whenever the farm hits a setback. If a scene requires Corbett to smile or just generally be a nice guy, he can do it, but anything beyond being genial and the actor stumbles. With a better, more passionately nuanced leading man, All Saints could have gone from being okay for what it is to being something genuinely great.

There are plenty of other things that I could nitpick about All Saints, but I realize that as a long since lapsed Catholic I’m not the audience for such a film in the first place. I do, however, recognize All Saints as a well intentioned, timely film aimed solely at Christian audiences. At a time where so many churches and films are railing against the perceived death of Christianity, All Saints sets aside all the noise to tell a story about pious people trying to do something good instead of acting angry and bitter all the time. Is it reductive? Yes. Is it the Christian themed films that faithful audiences need right now? Also, yes.

Side note: In recent years, most Christian films have gone unscreened for mainstream press, even those with major distributors like All Saints. This is the rare case where the studio probably could have screened the film for press without much issue.

All Saints opens in theatres everywhere on Friday, August 25, 2017.

Check out the trailer for All Saints: