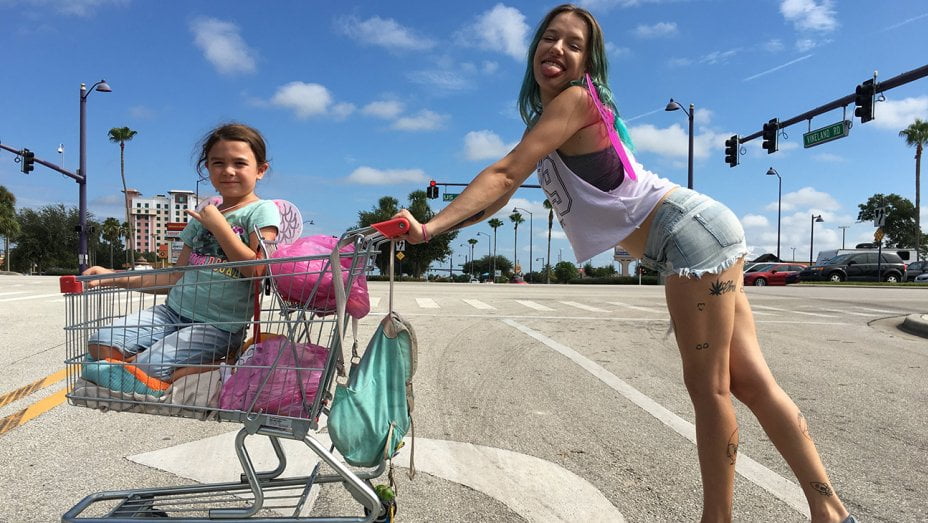 It’s rare when a film comes along that is moving, inspiring, and so touching that you find it hard to forget after you leave the theatre. The Florida Project is one of those films that will not only have you talking about it’s subject matter but also about the extraordinary performances from it’s stars.

Director Sean Baker–who burst onto the scene with Tangerine, which told the story of transgender sex workers in Los Angeles and was filmed entirely on an iPhone–now gives us The Florida Project, a deeply moving and unforgettably poignant look at childhood.

Set on a stretch of highway just outside the imagined utopia of Disney World, The Florida Project follows a precocious six-year-old named Moonee (Brooklynn Prince in a stunning breakout turn) and her rebellious mother Halley (Bria Vinaite, another major discovery) over the course of a single summer. 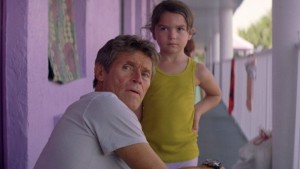 The two live week to week at “The Magic Castle,” a budget hotel managed by Bobby (Willem Dafoe), whose stern exterior hides a deep reservoir of kindness and compassion. Despite her harsh surroundings, the precocious and ebullient Moonee has no trouble making each day a celebration of life, her endless afternoons overflowing with mischief and grand adventure as she and her ragtag playmates–including Jancey, a new arrival to the area who quickly becomes Moon’s best friend–fearlessly explore the utterly unique world into which they’ve been thrown. Unbeknownst to Moonee, however, her delicate fantasy is supported by the toil and sacrifice of Halley, who is forced to explore increasingly dangerous possibilities in order to provide for her daughter.

The Florida Project screened in the Directors’ Fortnight section at the 2017 Cannes Film Festival and was an audience favourite at the Toronto International Film Festival this past September.

The film is filled with wonderful performances but the breakouts belong to six year old Brooklynn Prince and first time actor Bria Vinaite, who director Sean Baker discovered on Instagram. Vinaite was literally shocked when she first heard from Sean about possibly being in the film. 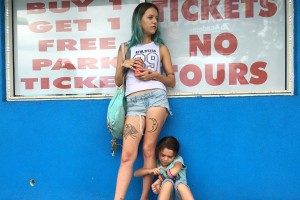 “She was living in Miami and I was working part time from home, so she would make these videos and post them on Instagram mainly to entertain herself.” Baker stumbled upon one of those videos and it made him laugh, and he reached out thinking Vinaite was exactly the kind of personality he was looking for to play Halley.

When he first emailed her and told her who he was, she watched all his films that same day. Being a little weary whether this was really Vinaite, she watched some of his interviews on YouTube. A week later he flew her out to Orlando to audition, and she met young Brooklynn who plays Moonee, and they instantly connected. Talk about the power of social media.

I spoke with newcomers Brooklynn Prince and Bria Vinaite during the Toronto International Film Festival about what it was like to work on this film and how it affected them personally.

The Florida Project is in theatres now.