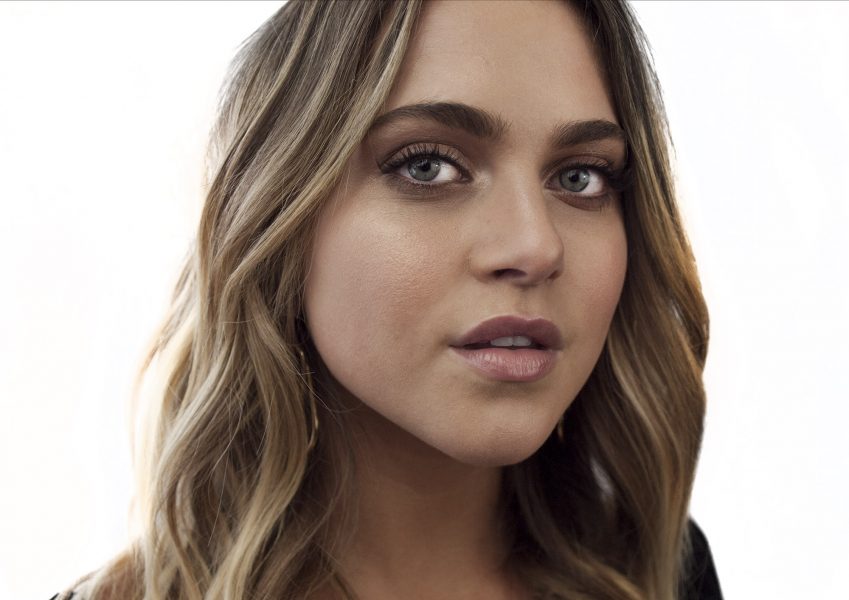 Anne Winters surprised more than a few people when she dropped by The GATE’s Interview Lounge at TIFF 2017. Winters has stopped by to talk about the horror film Mom and Dad, but when I asked for a demo of her “horror movie scream” even I was surprised. Luckily no one called the cops on us.

Winters, who is also known for her roles on Tyrant and The Fosters, stars in Mom and Dad as Carly Ryan, a girl who has to survive the night when parents everywhere suddenly turn on their children. Nicolas Cage and Selma Blair co-star as her blood-thirsty parents, and Zackary Arthur plays Carly’s little brother, who flees with her to try and stay alive.

“The film is pretty crazy… it’s out there,” Winters said. “Basically something happens in the world where one day parents want to kill their kids, and I’m basically running away from my parents who are trying to kill me the whole movie.”

“Honestly I had so much fun doing this film because of the action. It was a non-stop action-packed screaming-fest. It was always on. I was either always balling, or always screaming, or always falling… I love doing action.”

That is of course when we asked her to show off her scream. “Oh my God–in this room?”

Watch the whole interview and check out how well Anne Winters pulls off the classic horror movie scream. She also talks about working with Selma Blair, action scenes, and starting to work on 13 Reasons Why.

The GATE’s Interview Lounge at TIFF 2017 is presented by Hamilton Watch.