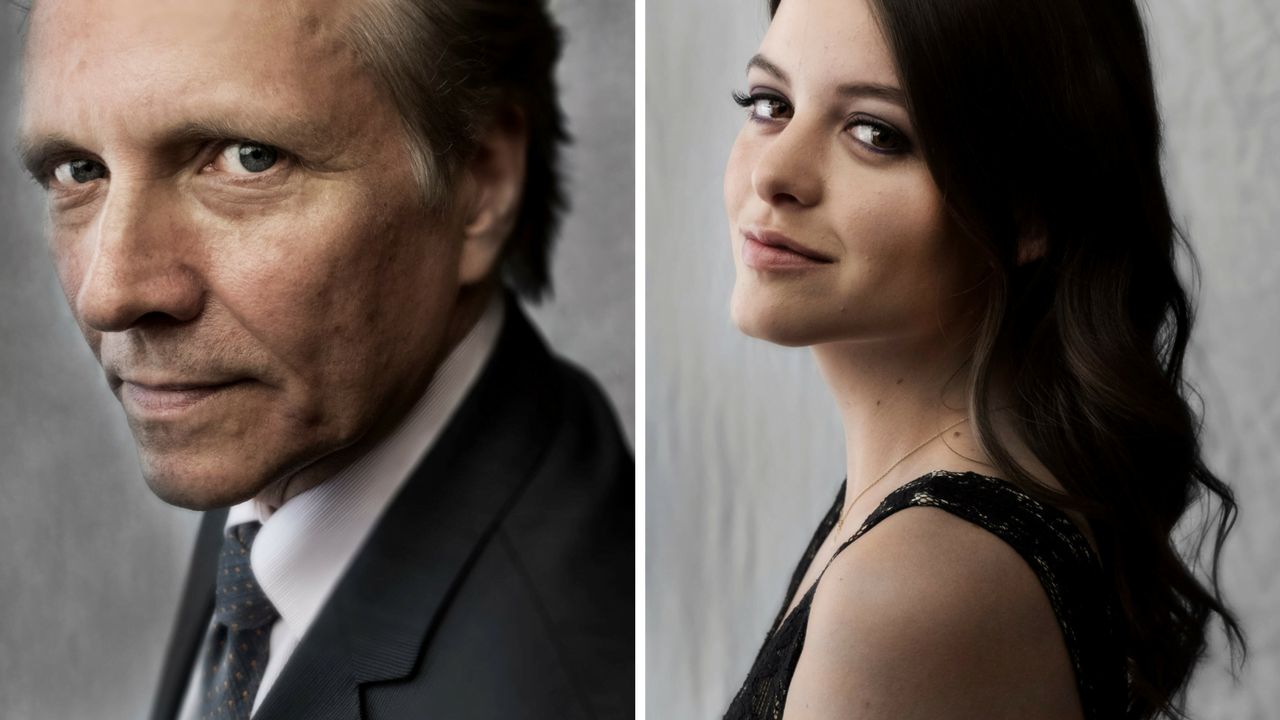 Director Molly McGlynn’s Mary Goes Round opened at Cineplex Yonge and Dundas in Toronto today, and it’s a beautiful, heartfelt, funny, and dark drama about a young woman, played by Aya Cash, who has to deal with a major substance abuse problem as she comes to terms with a father she hardly knows.

Forced to return to her home town, in Niagara Falls, Mary gets to know her father, played by John Ralston, and her half-sister, Robyn, played by Sara Waisglass. Mary has serious problems, and the film has a darkly comic tone, even as it tackles those issues, but McGlynn has a strikingly original style, and Cash is the perfect star for this troubling but fascinating character.

During the 2017 Toronto International Film Festival, at The GATE’s Interview Lounge, I sat down with Ralston and Waisglass to talk about the film, and what it means to work with a talent like McGlynn.

“I’m happy for us,” Ralston said, “but I’m especially happy for the director, Molly McGlynn and producer[s] Matt Code and Kristy Neville. They worked obviously really hard to get [Mary Goes Round] off the ground.”

“It’s just a lovely film, that’s truly based on character study,” he said. “These are really fascinating characters.”

“That’s probably my favorite part of the film,” Waisglass said, talking about the tone of the film. “The subject matter is very much dark, and yet Molly wrote it in this light way, and you still have moments where you can laugh, which is very true to life. I mean, even in our darkest moments we laugh.”

For Waisglass, she sat down with McGlynn to learn more about the character before she even took the part.

“The thing I connected with most was the fact that this character loves her father, like, beyond words, and my relationship with my dad is amazing. I mean, we’re best friends, and I loved that, and I also very much connected to the fact that Robyn really keeps her image up. She’s very meticulous about who she lets in to her inner circle, and I think that was a very cool, complex character to play because I’m usually playing sweet, happy girls, and this was the first time that I had to play someone a little more layered.”

Asking the actors about their favorite scenes from making Mary Goes Round, Ralston recalled meeting Cash. “I think what I really kind of liked was meeting Aya for the first time, because we pretty much met and started shooting,” Ralston said.

“I just remember those first few moments of looking up and making eye contact, and you can do all the work you want to in the world, but really what it gets down to is acting with this other person, and she was really quite disarming and truthful, and just lovely in all the best ways.”

Watch the interview with Ralston and Waisglass below, and visit Cineplex Yonge and Dundas to see Mary Goes Round in theatres. Watch the trailer on Vimeo.