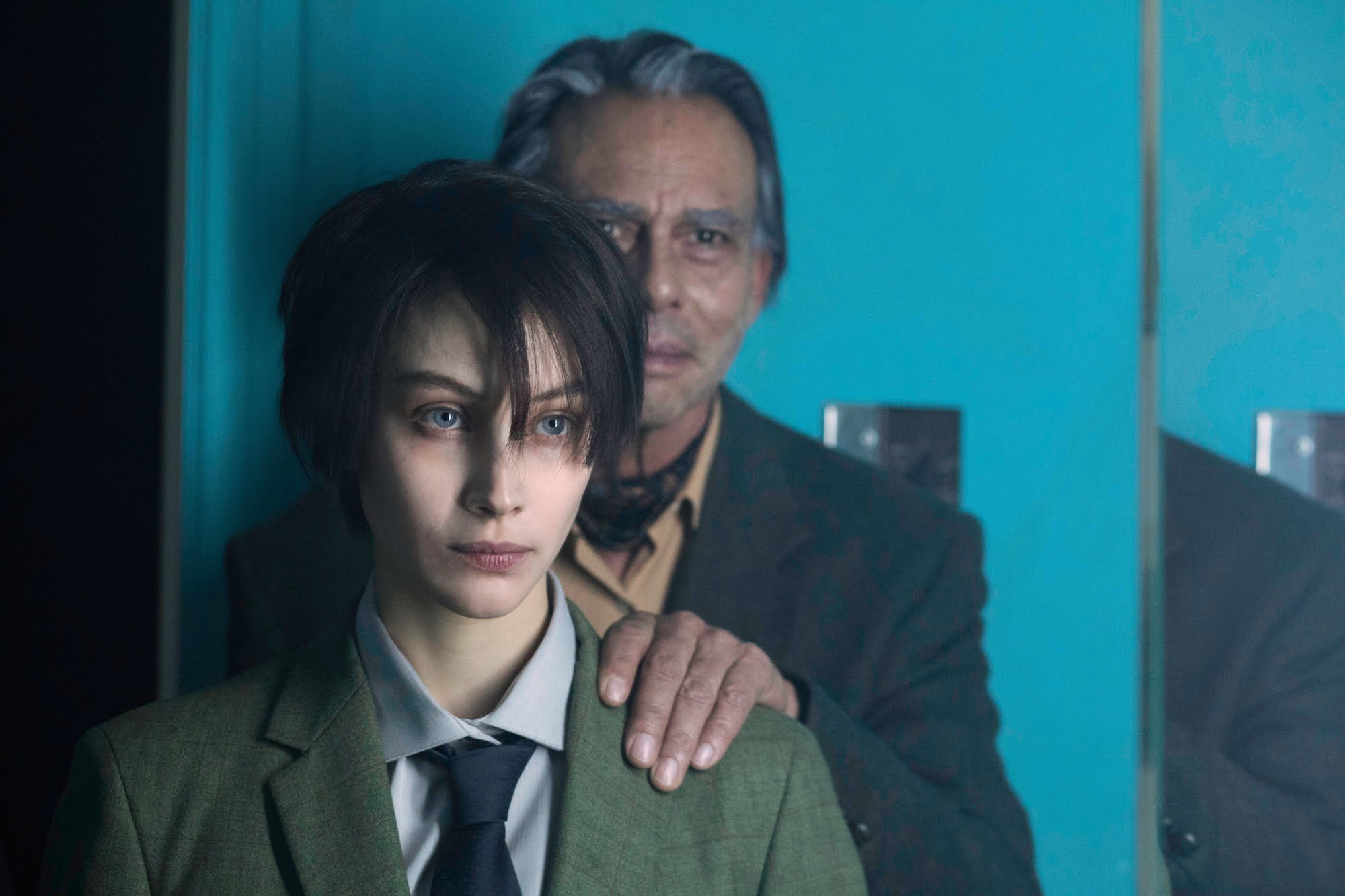 Multi-hyphenate talent Sook-Yin Lee’s second directorial feature, Octavio is Dead, contains a lot of intriguing ideas and concepts revolving around feelings of grief and sexual identity, but they could stand to be better fleshed out. Too brief and succinct for its own good, Lee’s first feature since 2009’s Year of the Carnivore is a case of a director paring things back instead of enhancing them, but the whole thing finds a grounding, commanding figure in the form of leading performer Sarah Gadon, and the experience remains fascinating on the whole.

Gadon (who also serves as an Executive Producer) plays Tyler, a recently laid off bookstore employee living at home with her disability milking mother, Joan (Rosanna Arquette). Tyler learns that her estranged father, Octavio, has passed away and left her as sole beneficiary of his estate. Knowing nothing about the man who essentially abandoned his family around the time she was born, Tyler makes an out of town pilgrimage to Octavio’s decrepit condominium in hopes of learning more. While there, she makes a spiritual connection with Octavio’s ghost (Raoul Max Trujillo) and becomes fascinated by Stolis (Dimitris Kitsos), a local Greek immigrant who works as a bartender at an exclusive gentleman’s club. Disguising as a man to gain entry to the club, Tyler gradually begins a friendship and romantic attraction to Stolis.

There’s plenty of thematic material to chew on throughout Octavio is Dead, much of which will stick in the viewer’s mind after Lee’s film has ended. The only problem is that while the themes in play will easily provoke thought and reflection in the viewer, not enough of the emotional and moral wrestling that naturally arises from the material is making its way onto the screen. It’s the rare example of a film where the ideas playing out in the viewer’s head might be better thought out than the drama playing out on screen.

Octavio is Dead switches thematic gears too often without building substantive connective tissue, initially starting off as a tale of a mother and daughter drifting further apart, then transitioning into a story of a daughter attempting to reconnect with the ghost of a relative she never knew all that well, then into a borderline Shakespearian romance dripping with queer subtext, and finally amounting to not much of anything at all because no dramatic momentum has been maintained. Each section of Octavio is Dead works as its own short film, but when taken as a whole, Lee’s latest starts and stops with frustrating frequency.

Octavio is Dead gets off to an abrasive, but well realized start thanks to Arquette’s performance as Tyler’s disingenuous and jealous mother. The relationship between Joan and Tyler is fraught and strained, but not without moments of genuine tenderness. Unfortunately, before this push-and-pull dynamic can be defined any further, Tyler is on the road to her father’s and little is said about the mother-daughter relationship until late in the film.

The portion of the film where Octavio’s spirit connects to his daughter from beyond the grave is narratively obvious in terms of where Lee’s story is heading, but also the most thematically and emotionally fruitful. The loss experienced by Tyler is mutable and amorphous, filtered through the lenses of distance, uncertainty, and abandonment. Tyler doesn’t know what to feel about her current situation, but clearly there’s a latent fear in her that she’ll turn out like either of her parents.

Lee’s subtle grace notes and quiet observation of Tyler’s internal struggle for closure offer a poignant look at the nature versus nurture debate from the perspective of someone with either absentee or obviously flawed parents. Octavio’s apartment – complete with black mold, musty cigar butts, faulty plumbing, and overgrown plants (all captured gorgeously through the film’s detail oriented production design) – is more of a reflection of Tyler’s fears than her interactions with a ghost that may or may not be real. If Tyler is, like any young adult, a product of their environment, what does it say when both environments are frightening or triggering? Lee’s material dabbles in soulful, thoughtful contemplation here, but then the gender bending love story kicks in and everything is put on hold once again, and then barely returned to. 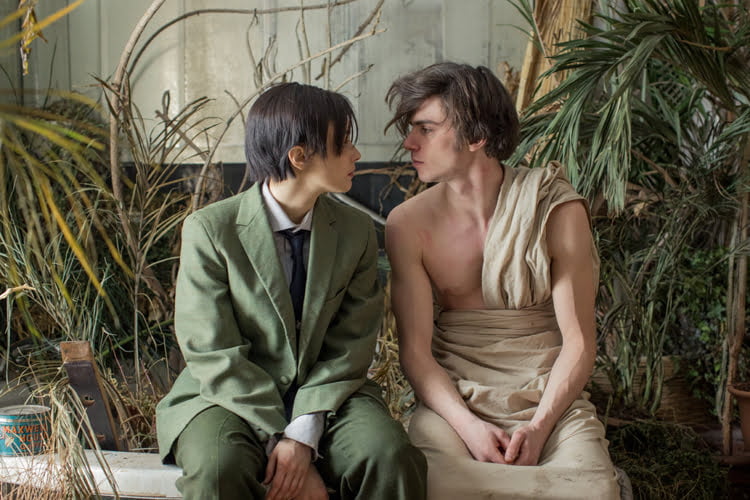 It’s not that the attraction between Tyler and Stolis isn’t believable or well performed, but that the film to this point has been raced through so quickly and forcefully that the ultimate endgame for Octavio is Dead might as well have a dozen conspicuous neon signs pointing at it. When the obvious twist finally arrives, Lee’s film never fully recovers and slowly fizzles out. What was initially intriguing, opaque, and resounding has turned literal. While being literal puts the “realism” in “magic realism,” it isn’t satisfying. Lee has come to these conclusions so quickly and swiftly that she’s outrunning her own material. With a bit more time for every segment to percolate in the mind of the viewer, Octavio is Dead could have been exceptional.

What is exceptional, however, is Gadon’s leading performance; one of the best in her career. Hiding behind a thicket of long black hair and looking as plain as possible, Gadon’s naturalized appearance, cadence, and body language lend Lee’s film a sharp degree of authenticity. Even before her attempted transformation into a male appearance, Gadon keenly maintains an almost androgynous sensibility and demeanor, which allows viewers of all backgrounds to openly engage with Lee’s intriguing themes. Gadon understands the emotional weight of this material intuitively, and she never overplays it to a point where the viewer can’t put themselves in Tyler’s shoes. Dramatically, it’s riveting throughout, but it’s also a emotionally generous performance.

Gadon’s performance with Lee’s resonant, relatable themes are enough to give Octavio is Dead a try, but it also isn’t the film that could have been. With a bit more running time and a slower pace (and, like most independent films, more production time and money), Octavio is Dead could have been Lee’s best work to date. Instead, it’s a flawed, but pretty good piece of work. I’ve watched it twice in the past month (once during the film’s local premiere at Inside Out), and have enjoyed thinking about it after the film was over quite a bit more than trying to keep up while watching it. But what one thinks about the film once it’s over will depend on what they bring to the film and how they choose to read it. If you’re not willing to engage and overlook a pace that’s trying to eclipse the audience, Ocatvio is Dead won’t hold much interest for you. It’s a bit of a misfire, but it’s certainly an intelligent misfire, and vastly preferable to something blandly competent that will make the viewer feel nothing at all.

Octavio is Dead opens at Cineplex Yonge and Dundas in Toronto and Rainbow Cinemas in Regina on Friday, June 22, 2018. It opens at Globe Cinema in Calgary on Friday, August 3, and screens at the Vancouver Queer Film Festival on Friday, August 10. It hits VOD and Digital platforms everywhere on September 18.