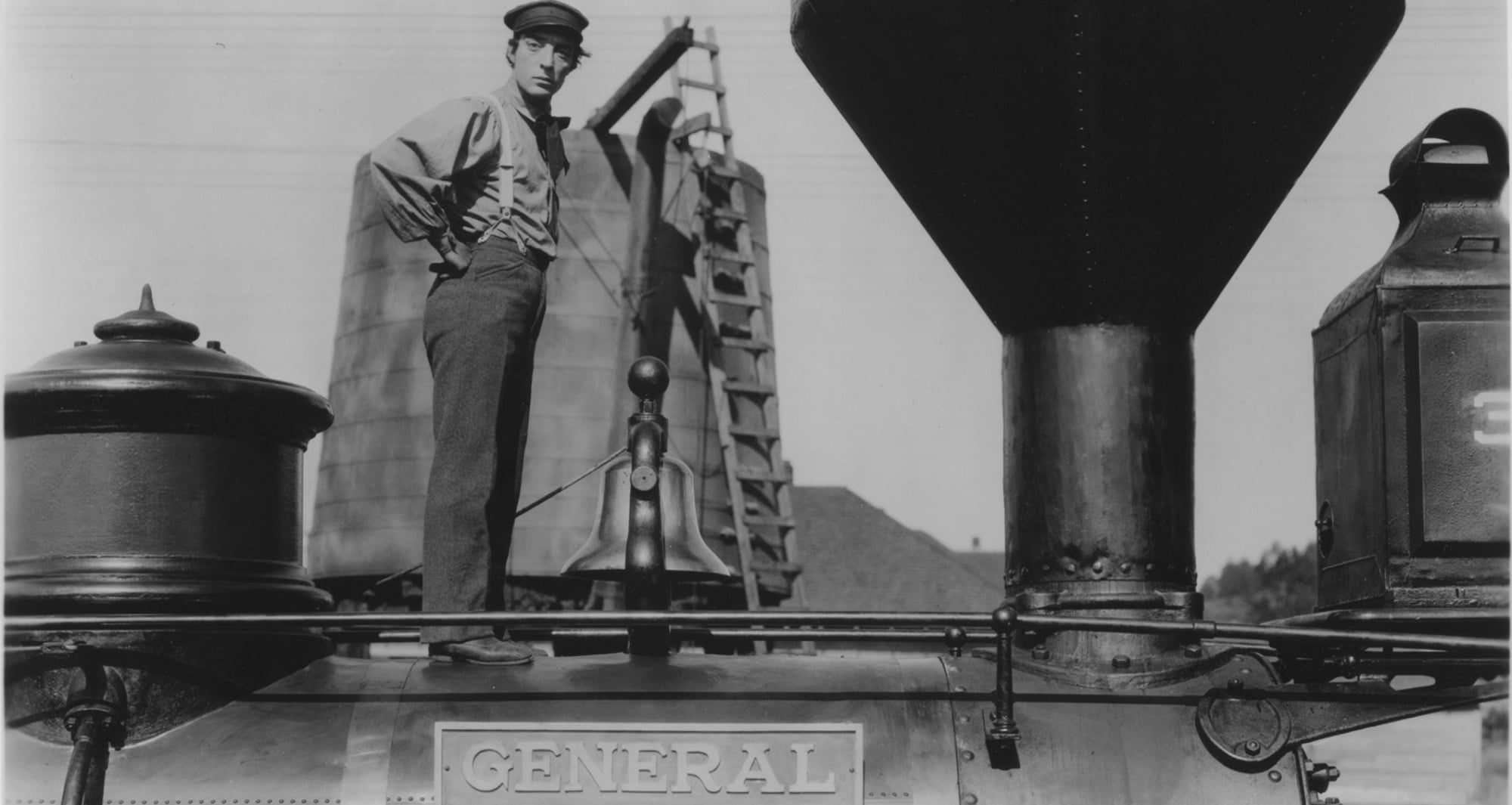 A straightforward and charming look back at the career of one of the most comedic and creative minds in cinematic history, Peter Bogdanovich’s The Great Buster eloquently and delicately lays out the highs and lows of the man often referred to as “The Great Stone Face.” No one dominated the box office in the 1920s quite like Buster Keaton, whose string of successful shorts and features during the decade was impressive and unparalleled. Bogdanovich sets his own auteur hat aside and dons his film critic chapeau once again to walk audiences through the struggles and successes Keaton faced, often letting the actor, director, writer, and innovator’s work speak for itself.

Joseph Frank Keaton was born to constantly travelling Vaudevillian parents who turned their two person physical comedy routine into a family act after the birth of their eldest son – rechristened Buster for the stage – and two subsequent siblings. When it came time for the Keaton Family to break up their lucrative and controversial act, Buster was introduced to the emerging wonders of cinema by mentor and friend Roscoe “Fatty” Arbuckle, and after a handful of supporting roles and cameos, Keaton was making his own movies by the early 1920s. Starting off with 2-reel shorts and his first masterwork, One Week, until towards the end of the decade with his last truly noteworthy feature, Steamboat Bill Jr., Keaton’s blend of stunt-based physical comedy and elaborately constructed set pieces and sight gags made him one of the biggest draws in movie history. It wasn’t meant to last, however. After being more or less forced into a bum deal with MGM that would strip him of the creative freedom that made his films so successful, Keaton’s career floundered and faded, with only a handful of inspired reminders of what made his run in the 1920s so endearing and enduring.

Bogdanovich more or less follows along the timeline of Keaton’s career through the opening stages of The Great Buster, narrating the briskly paced documentary with a handful of insights and facts, but never bogging things down by explaining everything to death. Bogdanovich’s tone is warm, inviting, and matter-of-fact. While some might accuse the filmmaker and writer of dwelling too long in some spots while only paying fleeting lip service to some of Keaton’s other career milestones and anecdotes, it’s always clear to see what he’s trying to do with The Great Buster. 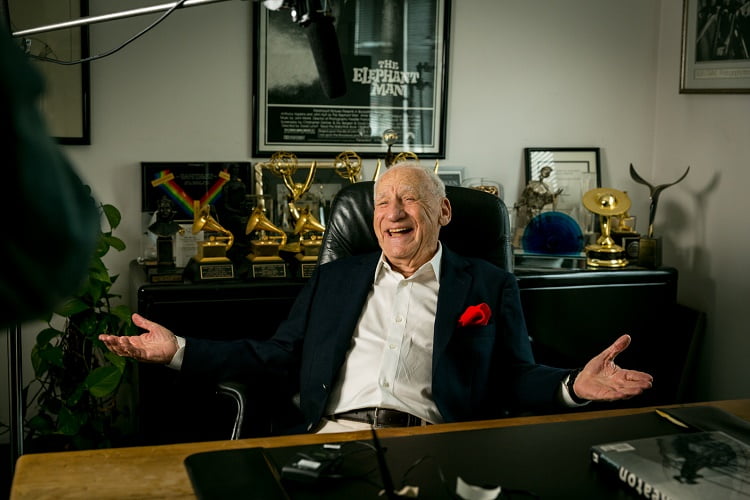 The subheading for The Great Buster is “A Celebration,” and that’s precisely what Bogdanovich provides. He’s not here to lecture the audience about the minutiae of Keaton’s films or mount a tell all biography of the man, although he could likely do either if given the chance. He brings out a bunch of modern day historians and admirers to talk about Keaton’s influence on cinema (including Leonard Maltin, Johnny Knoxville, Mel Brooks, Richard Lewis, and Werner Herzog), but they’re on hand to briefly observe, respect, and admire, not to analyze. The Great Buster is a film about appreciation or art, not the deconstruction of it, making Bogdanovich’s film both an entertaining trip through Keaton’s career and a great starting point for anyone who might be inspired to take a deeper dive into its subject’s filmography.

The timeline pauses, fast-forwards, and eventually rewinds when it comes time to talk about  Keaton’s 1920s feature efforts, preferring to address the bad stuff first. Bogdanovich doesn’t spend too much time talking about Keaton’s struggles with alcoholism or adultery, but instead looks more closely at how Buster’s post-1920s career drove the stoic comedian to unhappy places. Keaton’s MGM years were a debacle from which he’d never fully recover, and although he’d stay busy and financially stable through thankless stints as a gag writer and sequence director and successful work in commercials, shorts, B-movies, television, and a handful of productions outside America, the success he once experienced never returned. The biggest success in the second half of Keaton’s life is probably that he was able to stay somewhat sober and settle down with the love of his life. These setbacks aren’t presented by Bogdanovich as sour grapes or to make viewers wonder what might’ve been if Keaton hadn’t gone over to MGM. They’re shown as unchangeable facts and handled with a great deal of artistic empathy.

Bogdanovich doubles back on Keaton’s biggest successes to close out The Great Buster in a bid to send the viewer home happy and remind them that his subject was one of the biggest stars of the silent era next to Chaplin and Lloyd. Keaton was responsible for some of the most expensive and technologically innovative motion pictures of the time; marvels of the artform even by today’s standards. Often, Bogdanovich will allow long clips of Keaton’s works to play out unencumbered by narration or external explanation, giving viewers a chance to become appropriately awestruck by his subject’s comedic, narrative, and constructive ingenuity. From Jackie Chan to Jackass, physical comedy wouldn’t be where it is today without Buster Keaton, and Bogdanovich’s homage to one of cinema’s most overlooked greats gives the man his respectful due.

The Great Buster is now playing at Mayfair Theatre in Ottawa. It opens on December 7, 2018 in Calgary (The Globe), Regina (Rainbow Cinemas), and Saskatoon (The Roxy), and on December 21 in Toronto at The Hot Docs Ted Rogers Cinema.

Check out the trailer for The Great Buster: