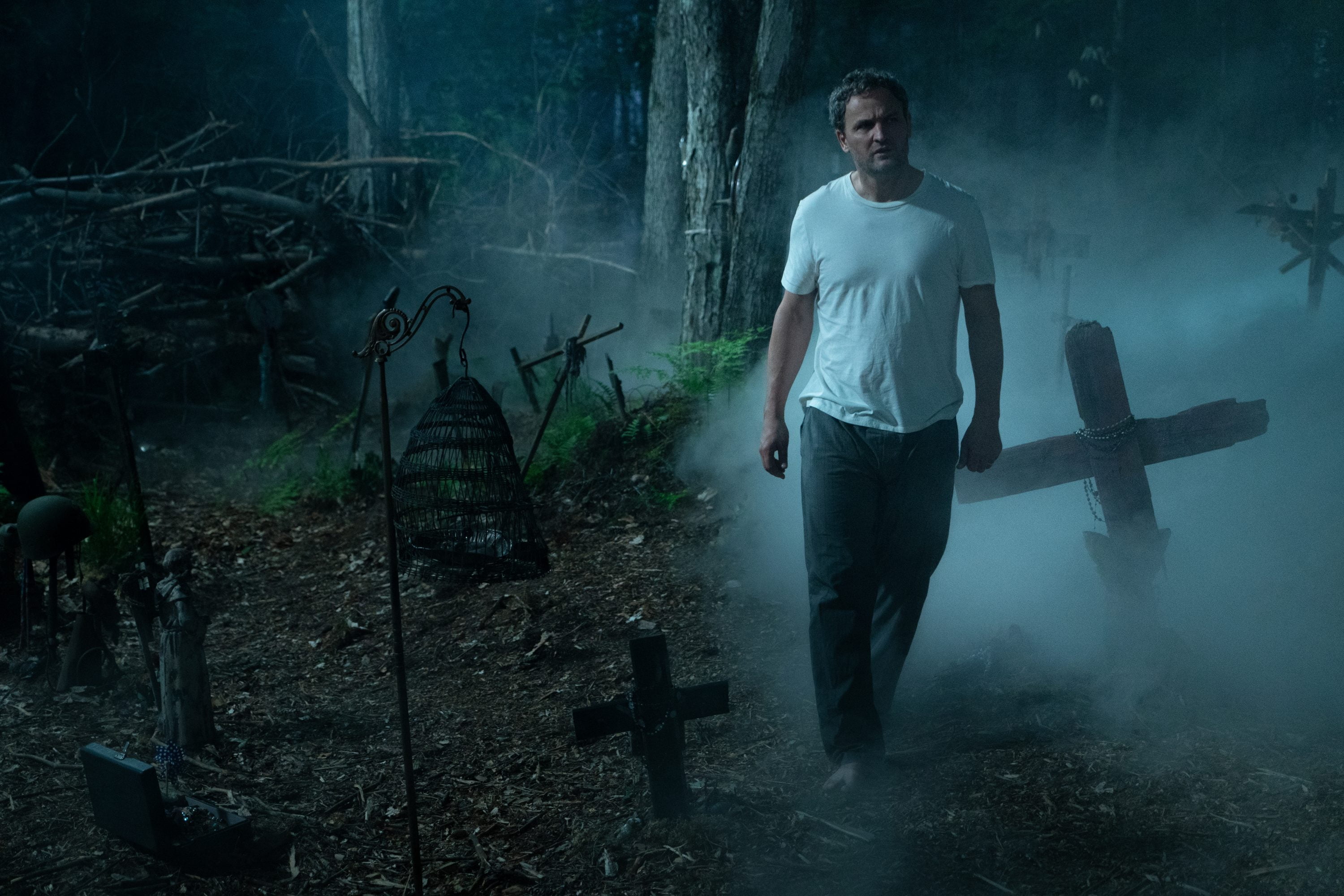 It’s amusing and serendipitous to me that the remake of Stephen King’s Pet Sematary is getting released the same week as the superhero movie Shazam!. That’s not because there’s anything specifically in common with them in terms of construction or thematic material (although both are made by filmmakers known primarily for thrillers and horror movies), but how I felt watching them was almost the exact same experience. Earlier in the week, I described Shazam! as the kind of film that was so well made that it was easy to overlook the fact that it wasn’t terribly original. That same sentiment goes double for Kevin Kölsch and Dennis Widmyer’s skillful, spooky, and ultimately superfluous updating of Pet Sematary, a film that recycles about 85% of its big screen predecessor wholesale with modest improvements here and there and a respectable reverence for its source material.

The story is basically the exact same as King’s bestselling novel and director Mary Lambert’s critically divisive, but ultimately underrated 1989 film (which marked one of the few times the master of the macabre has penned the screenplay for one of his adaptations). A family of four – father and doctor Louis Creed (Jason Clarke), his wife, Rachel (Amy Seimetz), nine-year-old daughter, Ellie (Jeté Laurence), and toddler son, Gage (Hugo and Lucas Lavoie) – are moving from their Boston home to the sleepy hamlet of Ludlow, Maine for a hopefully quieter life. Before they’re barely settled in, they learn about the nearby presence of a creepy looking graveyard for the pets of local children (albeit with a misspelled sign). After the family’s beloved cat, Church, suffers a catastrophic accident at the hand of one of the tanker trucks that goes barrelling down the road in front of the Creed estate, Louis learns from his wisened and slightly creepy older neighbour, Jud (John Lithgow), about a land beyond the border of the “Pet Sematary”; a place where the dead can be resurrected. Louis buries Church in the “sour” ground, setting forth a chain of events and increasingly poor decisions that surely won’t come back to bite any of these characters in the ass.

For anyone who’s seen Lambert’s take on Pet Sematary or read King’s novel, there will be very few surprises to be found in the script from writer Jeff Buhler (The Prodigy, The Midnight Meat Train). Every high spot from Lambert’s film comes ported over to this version of Pet Sematary almost perfectly intact, with a few notable deviations. There’s a swerve around the midway point that has been switched up, and the final twenty minutes or so peppers in a few changes here and there, but ultimately all of the outcomes (and even many of the effects) remain exactly the same. One hopes that the tweaks might be leading somewhere new and exciting, but they rarely do. These changes only exist to ensure that those familiar with the other incarnations of Pet Sematary will only be taken slightly aback; throwing them for a loop for a couple of minutes before settling back into the familiar grooves of the material as if nothing had changed. If you know this story, everything will work out exactly as you think it’s going to, and if you haven’t, you’re in for a genuine treat.

Unfortunately for me, I have seen Lambert’s Pet Sematary several times, and even did a hilariously overwritten book report on King’s novel back in high school. Divorcing the two are impossible when the overall material and scope of the film remains the same. With a script this uncannily close to the original and boasting a miniscule amount of new twists that are as effective as they are arbitrarily tacked on, it becomes quite a task for all parties involved to make sure that this remake doesn’t feel completely redundant. Thankfully, the biggest upgrades here come in the form of the directors and their cast (except maybe for Lithgow, who’s just fine here as the sage Jud, but isn’t nearly as iconic of a presence as Fred Gwynne was in Lambert’s original). 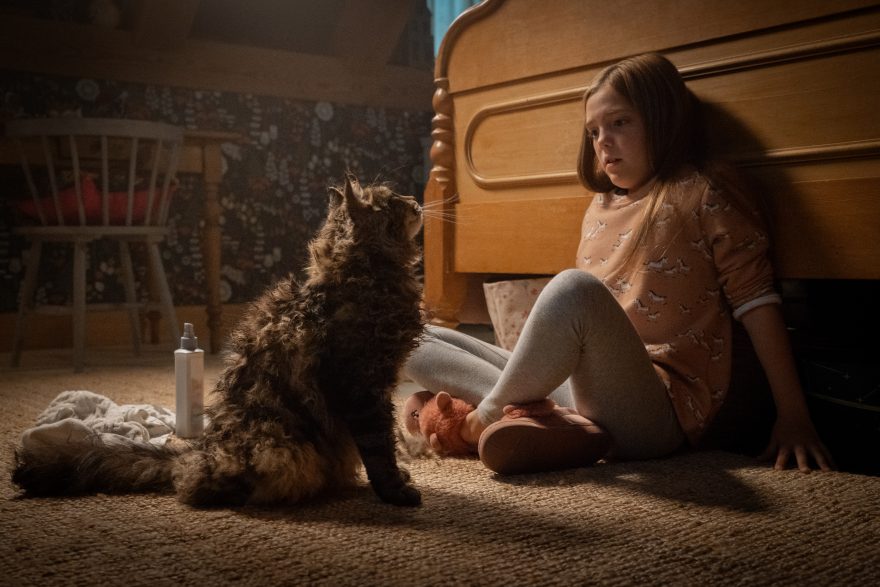 While Lambert’s film was well directed for its time period, her Pet Sematary was very much the work of someone who had recently made the jump from music videos to feature films. The editing was sometimes unnecessarily frantic, and tonally it wasn’t fully aware of how silly the material came across at various points. Kölsch and Widmyer (the directing duo behind the indie horror darling Starry Eyes) hit a nice balance between the serious and the silly here, offering expert level jump scares (which are always effective when properly utilized) and moments made expressly for nervous laughter and black humour to cut through the tension. They’re also able to nicely amplify and enhance some of the more literally nightmarish visions and qualities of King’s text. Some of the more surreal moments (which, with the exception of a funeral procession of kids in creepy animal masks, are all once again carried over from Lambert’s work) are an eerie, but effective blend of stripped down, postmodern horror and classical gothic elements. If nothing else, the graveyard itself is certainly a lot more menacing.

Clarke is also a major upgrade as the film’s lead, with Kölsch and Widmyer using the actor’s ability to switch between charming, creepy, and vulnerable on a dime to perfect use. It’s almost as if the part had been written for him decades prior. Equally impressive is Seimetz, who gets slightly more to work with here than the character had to do in the first film. They, along with their on screen progeny, help to erase any notions of the original film that the director’s are sometimes willing to overlook for the sake of nostalgia.

Another thing working in favour of Kölsch and Widmyer’s Pet Sematary is timing. King’s themes of grief and longing as neverending cycles of pain have aged remarkably well, and the time feels right for a remounting of this material. The notion of rebooting Pet Sematary has been kicking around for over a decade now (with George Clooney, of all people, in talks at one point to star, which would’ve been a sight to see), but the current political, economic, and international crises that are unfolding around us provide a more natural backdrop for one of King’s bleakest and most purposeful tales of terror. If Lambert’s film was an amped up, slick looking spook show made for the death of the Reagan 80s, Kölsch and Widmyer’s more sobering effort is perfectly at home with the Trump era.

I’m sure there are some purists who will take umbrage with the film’s climax jumbling things up a bit, but I actually think the slight changes (particularly to the film’s final frames) make for a better ending. The bigger question should be why Pet Sematary needed to be remade in a fashion so closely hewn to its already adequate source. I can’t quite answer that, but I can say that the new version of Pet Sematary felt like watching the old version in all the right ways. It’s a low bar to clear, and Pet Sematary 2019 probably works best if you know nothing at all about the story, but the film still leaps to some degree of genre respectability with style.

Check out the trailer for Pet Sematary: