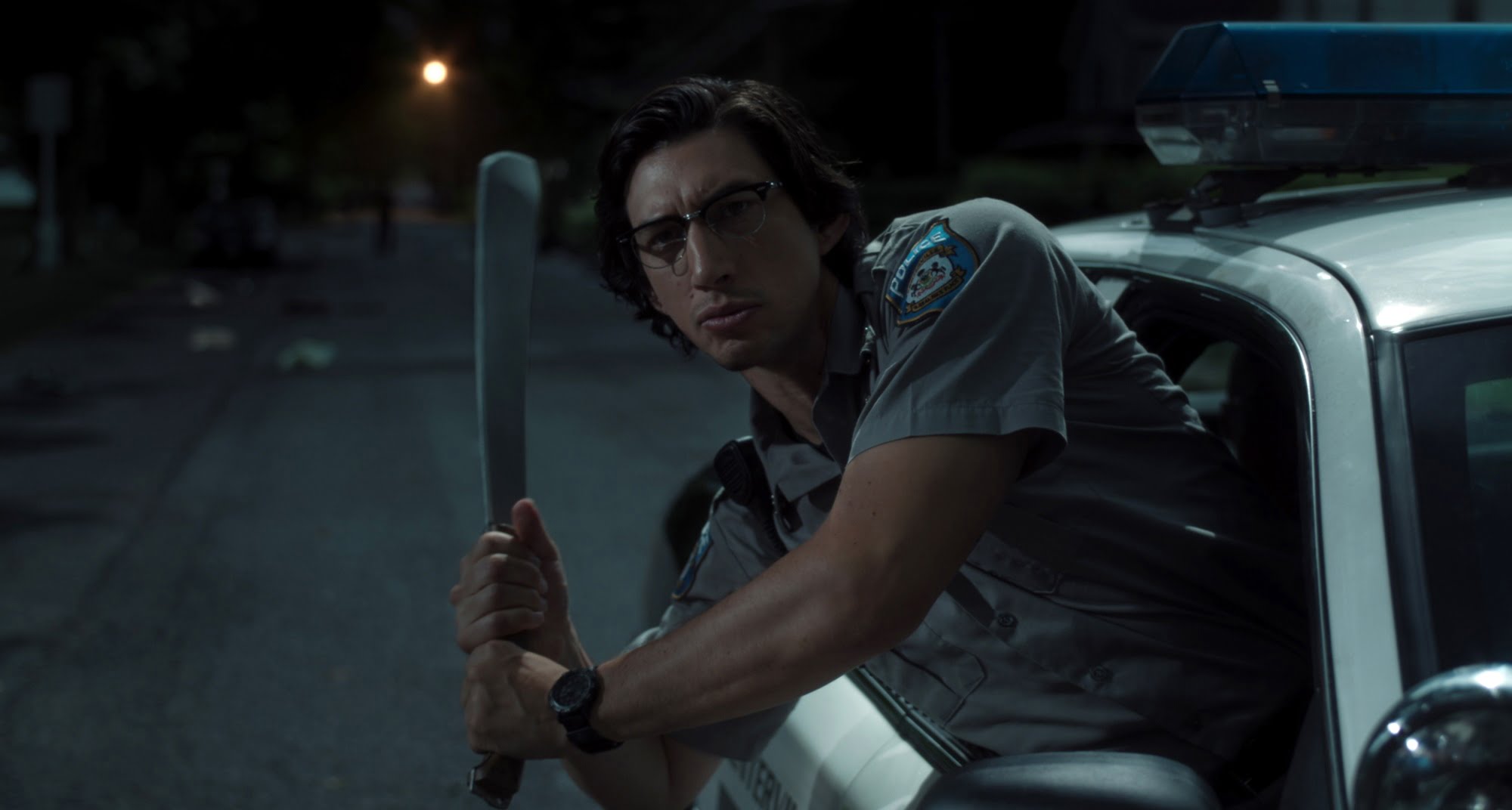 While its overall style of excessively literal deadpan humour won’t be to everyone’s taste (especially horror fans going into this expecting a broader, gorier zombie comedy), The Dead Don’t Die is a silly, unpretentious, and admittedly slight bit of good fun from art house darling Jim Jarmusch. Comedy and horror are subjective genres, and while I had a fun time watching The Dead Don’t Die, I know plenty of people whose opinions I value and respect who’ll absolutely hate this. Jarmusch has always been a filmmaker where you’re either on his artistic wavelength or you aren’t, and while The Dead Don’t Die might be one of his most mainstream efforts to date, it will also divide genre lovers and the writer-director’s legion of supporters equally.

Something strange is afoot in the small, middle American hamlet of Centreville, population 738. The days and nights have grown increasingly longer than usual, a byproduct of the earth being knocked off its axis; the result of a “polar fracking” initiative implemented to try and solve the energy crisis. The dead also happen to be rising from the grave and wreaking havoc.

That’s all you really need to know about The Dead Don’t Die because that’s all there is to it outside of its all-star cast, predominantly made up of Jarmusch regulars. Jarmusch spins a simple tale of a bunch of townsfolk, travellers, and oddballs attempting to navigate the zombie apocalypse, and the plot is nothing more than a device the writer director can use to hold all his setpieces, sight gags, political commentary, and one-liners together. There are a trio of cops (Bill Murray, Adam Driver, and Chloë Sevigny) struggling to defend the town and survive the night. The town’s eccentric, samurai obsessed, and possibly Scottish mortician (Tilda Swinton) might be the one person best equipped to fight back the undead. The local horror nerd and gas station proprietor (Caleb Landry Jones) helps the kindly hardware store owner (Danny Glover) to defend his business. A trio of young travellers from Ohio (headed up by Selena Gomez) roll into town at the worst possible time. Farmer Miller (Steve Buscemi), an open racist and the most hated man in town, is given something to actually be afraid of when the zombies come calling. A survivalist recluse (Tom Waits) observes the chaos and carnage through his binoculars, commenting on it from a safe distance in the nearby woods. These stories all loosely overlap and intersect at various points, but The Dead Don’t Die is mostly an excuse for Jarmusch to goof around and have a hearty laugh, and any filmmaker who has worked as hard as he has certainly earns the right to get something like this out of their system.

Some might see Jarmusch’s laid back, laconic, deadpan tone as covering for a lack of original ideas and some sort of resignation to genre formulas, but outside of some potent political subtext and a healthy critique of capitalism (two things most zombie flicks boast to begin with), The Dead Don’t Die doesn’t warrant that close of a reading. It’s essentially a midnight movie for stoners with a reliable pedigree, and there’s nothing wrong with that if deadpan comedy is your cup of tea and you aren’t a genre purist. It’s an example of a filmmaker surrounding himself with a bunch of like-minded friends all keen on having a good time, and thankfully everyone involved with The Dead Don’t Die knows exactly what kind of project they signed up for.

The effortless rapport shared between Driver’s paranoid younger cop, Murray’s cantankerous veteran lawman, and Sevigny’s wishy-washy centrist provides the bulk of the belly laughs to be found here, but the film explodes to life whenever Swinton is allowed to take centre stage. Those looking for something considerably zanier than watching a bunch of folks commenting on the obvious in monotone will be immediately drawn to one of the most uniquely unhinged performances of Swinton’s career, which is saying something when taken into context alongside some of her previous works. Everyone else other than those four kind of float in and out of the movie whenever Jarmusch feels like cutting back to them, but they’re all playing their parts to perfection.

Jarmusch never shies away from wearing his zombie movie influences on his sleeve, most prominently shouting out the likes of Dawn of the Dead, The Evil Dead, and The Return of the Living Dead (which still remains the best punk rock zombie flick, despite the filmmaker’s best efforts here). Jarmusch clearly loves zombie movies, but he also recognizes and adores the cliches that has made the genre sometimes feel repetitive and uninspired. That’s probably why The Dead Don’t Die is packed to bursting with fourth-wall busting meta gags and punchlines, from characters who realize they’re in a movie to a relentless running joke about the film’s titular Sturgill Simpson theme song. Again, you’ll either find this stuff hilarious, curiously witty, or you’ll be wishing for a zombie to sit down next to you and start chomping away at your flesh.

Is The Dead Don’t Die particularly inspired? Certainly not by the lofty standards many cinephiles and scholars ascribe to Jarmusch, but it assuredly has its own set of charms and plenty of callbacks to the filmmaker’s past successes. The admittedly limp conclusion sends the film out on a slightly off-key note, but everything that comes before it is a fine bit of unpretentious fun from a director that’s consistently (and often wrongfully) branded as pretentious. It’s almost perfectly in the middle of the scale if one were to map out the history of zombie movies or Jarmusch’s overall filmography, but that doesn’t make it unsuccessful in its modest aims. The Dead Don’t Die is an excuse for a master filmmaker to cut loose and invite others along for the ride. The Dead Don’t Die is effortless in a good way.

Check out the trailer for The Dead Don’t Die: