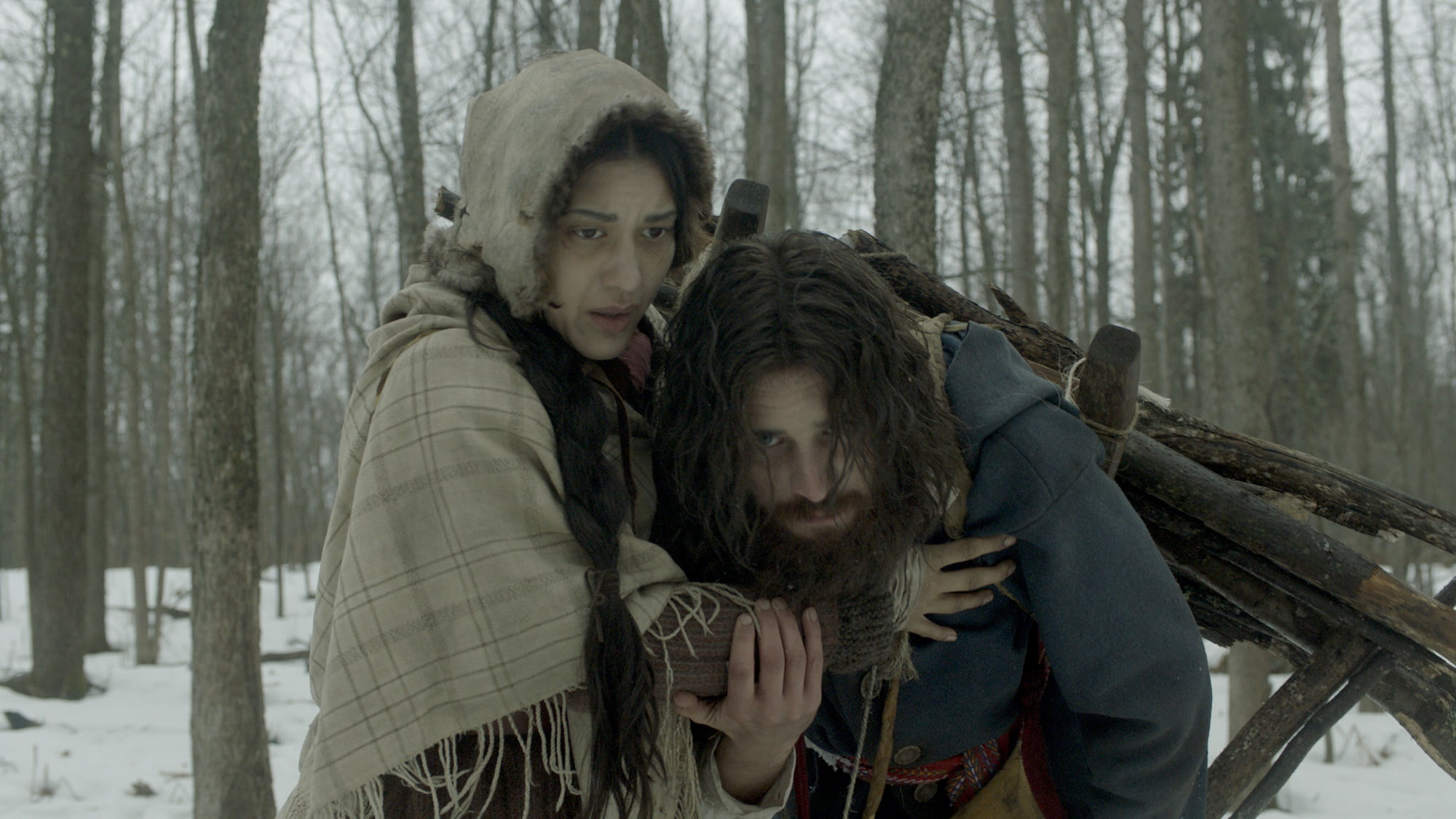 The Canadian survival drama Angelique’s Isle is about as standard and unsurprising as these sorts of films tend to get, but that doesn’t mean it’s shoddily made or told without a fair degree of conviction. Based on the true story that inspired author James R. Stevens’ novella “Angelique Abandoned,” this film from directors Marie-Hélène Cousineau and Michelle Derosier (who also provides the screenplay) follows the “deserted in a remote location” playbook rather dutifully and without deviation. Angelique’s Isle is a bit dull on the whole, but it’s certainly not a bad movie by any stretch.

Set during the Ontario copper rush of 1845, Angelique’s Isle revolves around Angelique Mott (Julia Jones), an Anishinaabe woman of Christian faith, and her white, French Canadian husband, Charlie (Charlie Carrick). Charlie, a canoeman, has been approached by a wealthy, dubious copper speculator from Detroit (Aden Young) to lead a team of men to a remote island on Lake Superior to look for gold. The wages are pitiful, but the chance for future work is too hard to pass up. Angelique is brought along on the trip and hired to help keep up the camp. Once on the island, a massive boulder of copper is discovered, but it’s impossible to transport back to the mainland. Fearing someone might try to steal it, Charlie is asked to stay behind with the boulder for a couple of weeks. Charlie agrees, thinking a financial windfall big enough to create a nest egg can befall them soon, but Angelique refuses to leave her husband alone and demands to stay with him. Weeks turn to months, and although Angelique and Charlie are able to make a decent go of things while the weather is still nice, the climate eventually turns frigid, frozen, and inhospitable, leading to a dire situation for the both of them.

Angelique’s Isle follows a sturdy, if predictable three act structure. The first third establishes the couple, the villains, and the potential dangers, all while everyone around Charlie and Angelique – including her grandmother (Tantoo Cardinal) and the voyage’s captain (Stephen McHattie) – try to tell them that this trip is a bad idea. The second act gradually ramps up the peril, with Charlie slowly going insane from illness, anxiety, and malnutrition. The third act is the last ditch effort to stay alive and get off the island. It’s fine, but outside of a few nods to white man’s greed and residential schooling, there’s not much outside of the margins of Angelique’s Isle. Pretty much what you see on the surface is what you’re going to get, and even the most shocking moments of pain and suffering don’t hit with much of an impact because they’re arriving at a pace one could set a watch to. It’s efficient and economical, but that doesn’t make Angelique’s Isle riveting to watch. 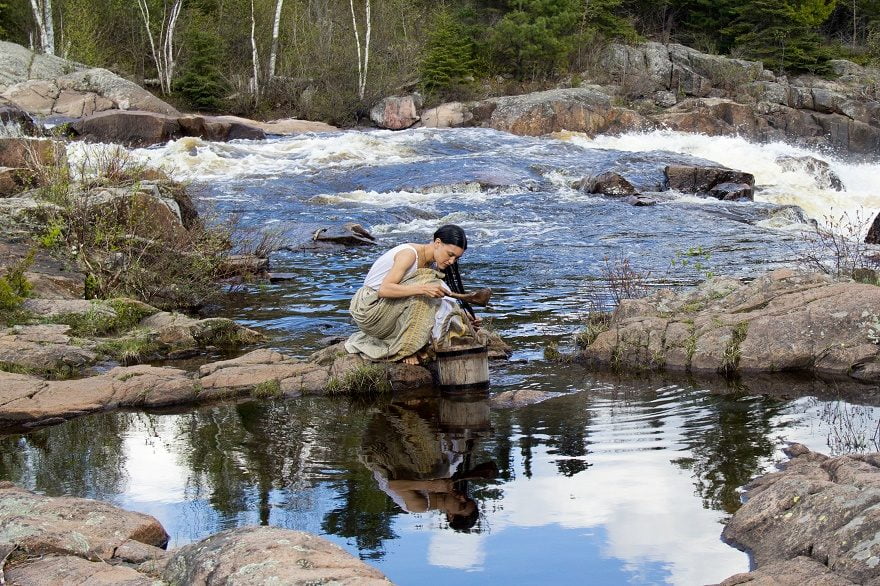 Angelique’s Isle is a workman like product that boasts production value and pacing similar to a made for television movie, which is fine for this type of project because it isn’t hard to make the forests of Ontario and the enormity of the Great Lakes seem menacing and insurmountable. It’s an attractive looking film with a good eye for period authenticity, and the leads are certainly doing their part. The dangers are obvious on a visual level, and the locations and actors do a better job of selling the emotional and physical exhaustion of being stranded better than the on-the-nose script.

Cousineau and Derosier get Angelique’s Isle from point A to point B with a minimal amount of fuss, but the script keeps falling into familiar patterns. Angelique and Charlie listen to the concerns of others, who seem to be repeating the same messages regardless of who’s saying them. They grow tired, weak, and malnourished, and there’s always a new wrinkle that will keep them from getting food. They’ll wander in the foolish hope that a new day will bring new promise, and they go home empty handed and dejected. They both start hallucinating and having visions. The big twist that’s heavily foreshadowed throughout finally arrives and plays out almost exactly as expected. Angelique remembers the advice of her wisened grandmother and her Christian faith to get her through the ordeal.

It’s not a subtle film, nor something that plays with audience expectations. As a tale of survival, indigenous resilience, and female empowerment, it’s competent, and it makes sense, but none of this is particularly thrilling or eye opening. There’s nothing upsetting or irksome about Angelique’s Isle, but not much can be pointed to that’s worthy of a strong recommendation. It’s not a great movie or a bad movie. It’s just another movie doing what it can with the best of intentions.

Check out the trailer for Angelique’s Isle: