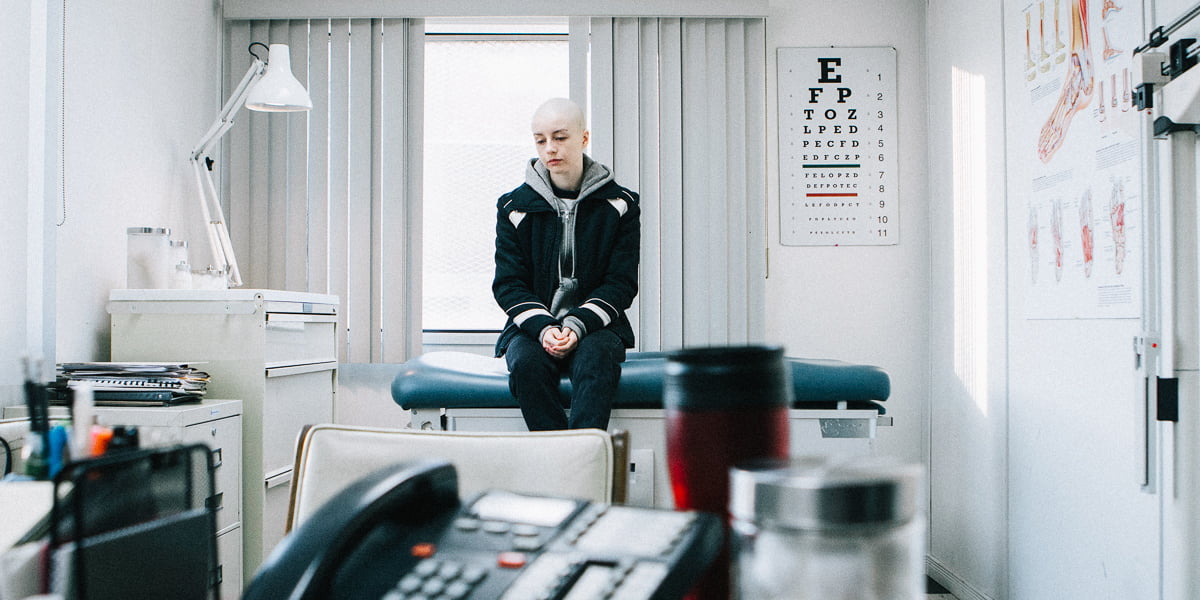 White Lie, the latest and most straightforward effort from Canadian filmmakers Calvin Thomas and Yonah Lewis (Spice It Up, The Oxbow Cure), is an emotionally devastating look at a young woman who’s learning the hard way that the deception of others is a road that could lead to ruin.

University student and dancer Katie (Kacey Rohl) is a major celebrity on the McMaster campus. Katie’s story of overcoming cancer has endeared her to classmates who readily open their hearts and wallets to contribute to the young woman’s quality of life. The only problem is that – for some reason or another – Katie is making all of this up. She’s on the verge of being found out when she’s asked to provide medical records to receive and lucrative bursary. Her estranged father (Martin Donovan) is convinced that Katie is lying, while her loving girlfriend (Amber Anderson) remains faithful and ever loyal.

White Lie might sound like spending ninety minutes with an unsympathetic antihero, but Thomas, Lewis, and Rohl remarkably finds ways to humanize Katie’s underhanded actions and mounting desperation without ever letting her off the hook. It’s a delicate balancing act that pays off massively, with White Lie adopting a tone and pacing that’s like being stuck inside a pressure cooker, thanks to the crisp cinematography of Christopher Lew and remarkable editing and scoring from frequent collaborator Lev Lewis. It’s an expertly designed, written, and remarkably realized thriller that’s brought to the next level by Rohl’s unforgettable performance.

Whether one ends up loathing Katie or feeling somewhat sorry for her by the end of White Lie is up for debate and will likely change depending on how the viewer chooses to read such emotionally loaded material. However, no matter where a viewer comes down on the moral and ethical arguments at the heart of White Lie, it’s undeniably impressive work.