15 of the best Christmas movies to stream this holiday season 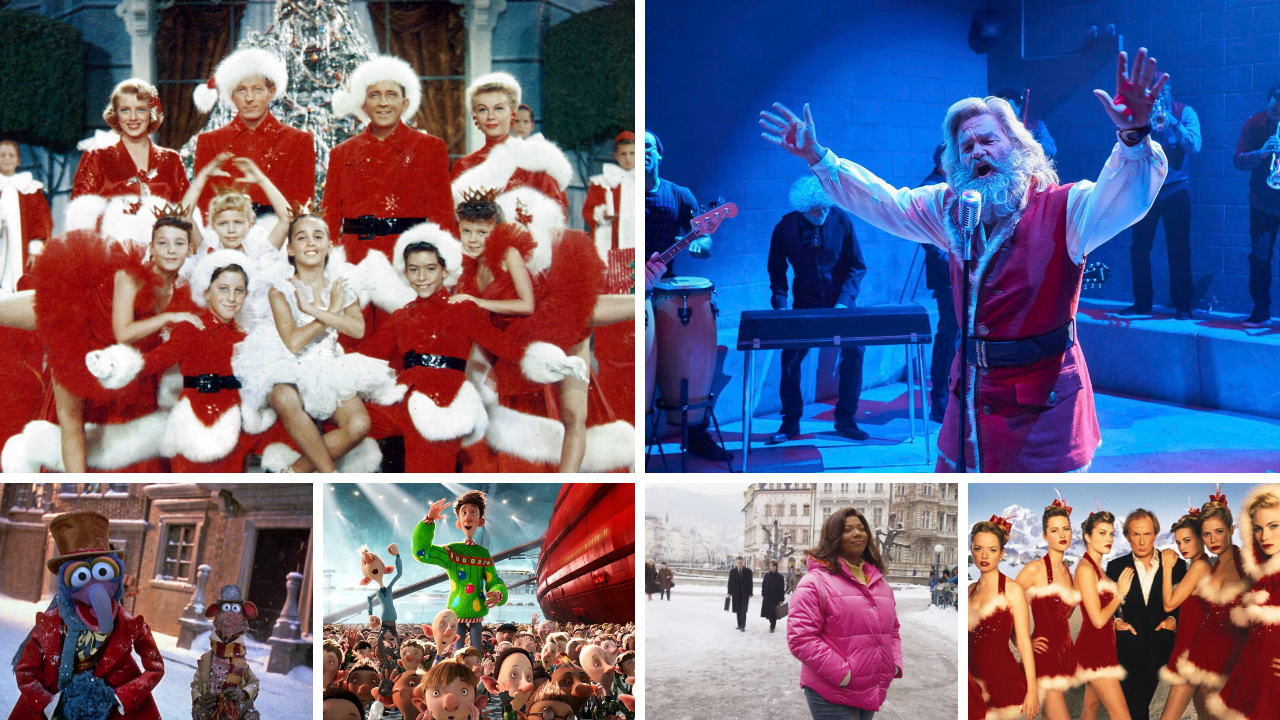 Cozy up with friends or family and enjoy the Christmas spirit with some of the best classic holiday movies, all from the best streaming services.

From Netflix, Amazon Prime Video, Google Play Movies, Disney+, and The Roku Channel, there are dozens of Christmas movies and TV shows to watch this year. And if you need to bring streaming to your older model television, there’s an answer too, as all of these movies can be streamed from a Roku TV or Roku device.

Roku devices like the Roku Premiere or Roku Streaming Stick+ are practically plug-and-play, bringing the best of streaming to any television.

Here are my 15 top suggestions for what to stream this Christmas:

Complete with the original opening ads, and in colour, The Abbott & Costello Christmas Show airing free on The Roku Channel is classic television that we don’t get to see often enough. There’s music, skits, and dance numbers, so if you’re looking for something old fashioned and family-friendly, it’s a refreshing treat.

Over on Netflix, they have three excellent movies I have to recommend: the offbeat Christmas With the Kranks, the absolutely heart-warming Arthur Christmas, and their original film, The Christmas Chronicles.

Christmas With the Kranks features Tim Allen and Jamie Lee Curtis as a couple who first decide to take a vacation from Christmas, and then have to quickly try to save it at the last minute. It’s frankly weird and wonderful, and a great way to step into the holiday spirit.

On the other hand, Arthur Christmas is one of the most original, charming, animated Christmas movies that I’ve seen in a long time. James McAvoy voices Arthur, the grandson of Santa Claus, who has to leap into action to make Christmas right for one little girl, and it’s an absolute classic as far as I’m concerned.

And The Christmas Chronicles stars Kurt Russell–yes, that Kurt Russell–as Santa Claus. When two kids try to capture him on camera, and inadvertently then break the sleigh, the trio have to work together to get Christmas back on track before it’s too late. The whole film is a lot of fun, with one of the most fun Santas I’ve ever seen.

Amazon Prime Video has a lot of Christmas movies, but my three favourites are definitely Elf, Last Holiday, and the utter classic, White Christmas.

Elf is quite frankly the most fun Christmas movie ever made, and Will Ferrell is perfect as Buddy the Elf. When Buddy discovers he was adopted by Santa, and isn’t actually an elf, he heads to New York City to find his father, played by the great James Caan, and the movie is filled with heart, sweet comedy, and the greatest Santa ever put on film, played by the incredible Ed Asner. Mary Steenburgen and Zooey Deschanel also star, making this an absolute perfect Christmas movie.

Last Holiday stars the great Queen Latifah as a woman who discovers that she only has three weeks to live, and decides to make that time count, by spending every penny she has on an epic vacation. The romantic comedy also stars LL Cool J, and it’s a total treat watching Latifah having so much fun with this character.

There are few Christmas movies that are as classic as White Christmas, and I frankly couldn’t imagine a Christmas without watching it. Bing Crosby, Danny Kaye, Rosemary Clooney, and Vera-Ellen star as four performers that find themselves in a snow-less Vermont inn together, and realize they have to save the holidays for the innkeeper. Filled with musical and dance numbers, and the utter classic song “White Christmas,” it’s a total treat unlike any other Christmas movie ever made.

Disney+ may be the newest in streaming services, but they also have absolutely the best lineup of Christmas movies this year, including The Muppet Christmas Carol, Noelle, Home Alone, The Santa Clause, and Miracle on 34th Street.

The Muppet Christmas Carol is, without any question in my mind, the best Christmas Carol adaptation ever made. Starring the Muppets, with The Great Gonzo as Charles Dickens, and the masterful Michael Caine as Scrooge, the film is a complete retelling of the classic story, but with more heart, wit, and the best music of any other production. It’s frankly a must-see, whether you’ve seen it before, or need to finally see it for the first time.

Noelle is a brand-new Disney+ Christmas movie that stars Anna Kendrick as Noelle Kringle, Santa’s Claus’ daughter who has to take over the family business when her brother, played by Bill Hader, flakes out on the responsibilities. It’s cute, fun, and made for the entire family to watch together.

Classics Home Alone and The Santa Claus, as well as their sequels, are also on Disney+, and on top of them being fun, unique takes on Christmas stories, the extra treat is seeing them in HD without any ads. The films are so much better when you can watch them uninterrupted, and nothing says holidays like the hijinks of Kevin McCallister and Scott Calvin.

Finally, Google Play Movies has just about every Christmas movie you could ever dream of, but my three favourites are The Polar Express, Love Actually, and The Family Man, because who doesn’t want a Nicolas Cage Christmas?

The Polar Express stars Tom Hanks in numerous roles, including the iconic conductor, as a young boy, on the cusp of not believing in Santa Claus, is whisked away to ride a magic train to the north pole on a music-filled adventure. Alan Silvestri’s music is absolutely perfect, the songs are fun and festive, and it’s easy to get swept up in the story, and remembering why we believe.

Love Actually, on the other hand, is a decidedly adult Christmas movie, with nudity, swearing, and some questionable behavior by half of the characters, but it’s also sweet, funny, and it has Bill Nighy as a rock star trying to make a holiday comeback, plus Emma Thompson, Hugh Grant, Colin Firth, Liam Neeson, Keira Knightley, numerous cameos, and dry British humour.

Last, but certainly not least, Nicolas Cage and Téa Leoni star in The Family Man, the story of a Wall Street executive who gets to have a heart-breaking glimpse of what his life might have been like if he had made at least one different choice. The film is sometimes bleak and honest, but the payoff is worth every moment.