Not only is Garrett Bradley’s revolutionary documentary Time one of the best films ever made about the need for prison reform and the racist underpinnings of the American judicial system, but it’s also a work of profound introspection and boundless love. Time has the power to frustrate, uplift, and empower with equal measure, documenting a love and an injustice that span decades and have become inexorably linked in perpetual battle. Both seem unbreakable and equally powerful. One has to break the other, but the deck has been stacked against love, compassion, and rational thought. Time shows in unequivocal, sometimes painfully emotional terms that the hardest battles for justice and racial equality are often the ones worth fighting the most.

Rob Richardson and Sibil Fox have been partners since the age of sixteen. Father and mother to six children (all boys, including one set of twins), Rob and Fox were entrepreneurs who were on the verge of achieving their vision of the American Dream, by opening up a clothing store in Shreveport, Louisiana. Then came the hard, lean, and desperate times. On the verge of complete financial collapse, Rob and Fox were involved in the 1997 robbery of the Shreveport Federal Credit Union. They were arrested, with both facing five to ninety-nine year prison sentences. Fox, who was three months pregnant with twins at the time of her arrest, took a plea deal and served roughly five years. Rob didn’t take such a deal and was sentenced to sixty years in Angola with no chance for parole or a suspended sentence. Since her release, Fox – now living in New Orleans and working in auto sales – has worked tirelessly as both a parent and a prison reform advocate, contacting judges and lawyers on a daily basis for over twenty years in a bid to get Rob released from a sentence that’s the definition of cruel and unjust.

Time isn’t about reliving the mistakes the Richardsons made in the past when they were at their lowest point. Fox knows exactly what she did. She regrets it and has vowed to never slip that low in her life again. She isn’t a perfect person, even by her own admission, but she’s a strong, empowered black woman who stands up for what she believes in without wavering or apologizing. Without Rob, Fox’s life (and those of their now adult children) is incomplete. These people know what they did, and instead of focusing on the traumas of the past, Time cuts to those unfolding in the present; ones that families across the United States – mostly among people of colour and the poor – wrestle with every day.

Through Bradley’s intimate approach to filmmaking (one that earned her a directing award at Sundance earlier this year, making her the first black woman to win such a prize for a documentary), Time strips bare the blatant and deliberately constructed and enacted shortcomings of a revolving door judicial system; one that doesn’t care so much about compassion, rehabilitation, and education so much as it does entrapping people caught within the system for the rest of their lives. Showcased exclusively in black and white (which is precisely how the justice system sees Rob’s case), Time is composed of home movies Fox prepared for Rob over the past two decades, interspersed with a look at ongoing, but glacially slow moving efforts to hear pleas for his release. 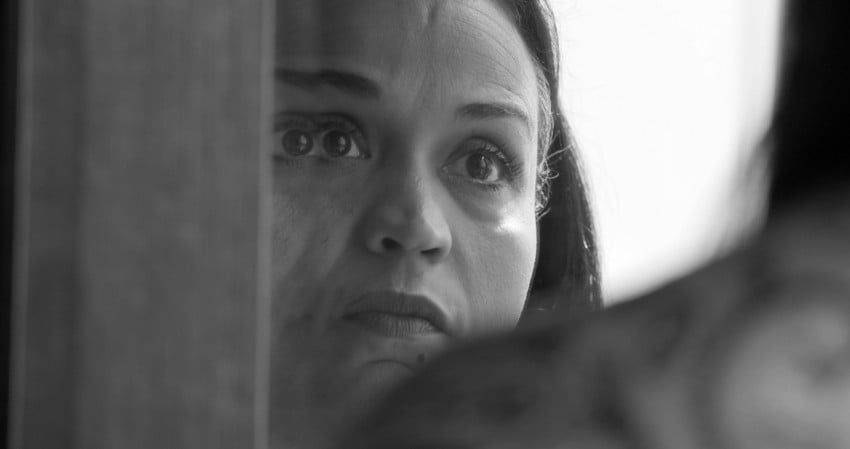 The home movie footage and video diaries throughout Time are both joyful and painful. While it’s wonderful to note that the lives of Fox and her children aren’t always revolving around sadness and hardship, there’s a gut-wrenching feeling the viewer gets when they realize that they’ve seen just as much of these children’s lives in the outside world as their own father. For what it’s worth, the kids are doing pretty well for themselves (especially twins Justus and Freedom), both in school and out in the “real world,” where many have become advocates for social reform, themselves. Time illustrates their growth, which is wonderful to see, but also depressing when one considers that their father hasn’t been able to witness any of this firsthand.

Time finds Bradley following Fox over the course of two and a half years’ worth of speaking engagements, daily life, and a perpetual cycle of phone tag. Fox is constantly being told by a variety of high priced lawyers that not much can be done to facilitate an early release for Rob. The courts and judges are somehow even more unreachable and ineffective to contact directly, with Fox being dragged through endless dead ends and any number of secretaries and gatekeepers designed to break the spirits of interested parties seeking definitive answers. While the Richardsons are exercising their rights and freedoms, one lawyer astutely points out that Louisiana’s judicial power brokers probably hold them in resentful contempt for even trying in the first place. The position of the judicial system is that if they hear Rob’s case, then they’ll have to hear everyone’s case. Rather than trying to be equitable, the justice system doesn’t even try at all. These carefully worded, black-and-white written, short-sighted and lazy practices don’t serve to protect citizens within the community. They merely exist to ensure that if anyone makes a huge mistake in their lives, they can be disappeared into the system and never heard from again.

Anyone familiar with the American penal system knows there are disproportionate numbers of black and poor prisoners living behind prison walls. While race is very much the backbone of Time – with Fox outright equating imprisonment to a form of slavery – Bradley’s film also casts a light on the justice system’s overwhelming lack of empathy and desire to change people’s lives for the better. It’s a system that doesn’t care about victims or criminals, but rather its own self image. Juries of “peers” – often chosen by legal defense teams – are rarely composed of people who truly know what it’s like to be poor or desperate. Those people are likely the first to get cut from the pool in favour of a whitewashed vision of “impartiality.” If that’s the case for most juries, then what does it say about most judges, who hold entitled, often well paid positions of power and authority? Time and Bradley’s subjects never expressly come out to talk about this point, but it hangs over the entire film like a pall. It’s something that’s so obvious that it doesn’t even need to be said, with Bradley and Fox never speaking down to the intelligence of the viewer or the severity of the situation at hand.

But above all else, Time is a story about love. Love – the true, honest, and passionate kind that Fox and Rob exhibit – is the one thing that beats back time. While everyone involved with Bradley’s film has their own thoughts about the meaning of the titular construct, it’s clear throughout that time is exactly what one makes of it. How are you spending your time? Is the use of your time driven by love and empathy? What does time mean to someone who had everything taken away from them? Anything that’s being done in the name of love is worth doing, especially when one’s work and advocacy is driven by love. Time talks about a lot of nasty shit in the world today, but it does so with just as much hope as it does anger and sadness. There’s strength to be found in love and time, and when they work together in tandem, they can create diamond-like hardness. It’s a beautiful concept forged under unfathomable pressure. That’s the truest test of Time.

Time is available to stream on Amazon Prime Video starting on Friday, October 16, 2020.