The equally hopeful and heart-wrenching documentary My Name is Pedro follows an unlikely academic hero as they attempt to make sizable, equitable changes to a system that’s resistant to new ideas. Although school boards around the world claim to have the best interests of future generations in mind, many of them stagnate, thanks to squabbles over already meagre budgets, cultural differences, or the special needs of certain students. My Name is Pedro, the feature directorial debut of talent manager and film producer Lillian LaSalle, follows one educator’s quest to shake things up and the inevitable acclaim and backlash that will result from bucking such a well established and complacent system.

Born and raised in The Bronx, Pedro Santana looks more like a pop singer or the kind of person one would likely find on the cover of a romance novel. A sharp dresser of Puerto Rican ancestry, known for his infectious enthusiasm for education and a mop of long, curly hair, Santana made waves by turning around one of America’s most impoverished and troubled schools. Santana believed in seeing students as individuals and not as a collective, and also thought that subtle or large scale changes in a school’s environment could help lift the kids that go there. Pulling from his own life experiences and those from a stint working with the Peace Corps in Africa, Santana helped better the name of MS 391 in his old hometown before an even bigger opportunity presented itself.

Santana was asked to take a job with the East Ramapo Central School District in the suburb of Rockland. Two-thirds of the community in Rockland are Hasidic Jews, while the other third is made up primarily of people of colour, recent immigrants, and various other visible minorities. A great deal of the community’s meager budget goes into funding the private Yeshivas many parents send their children to, with whatever’s left over going to the dire state of the other public schools. The school board’s lack of diversity – made up primarily of white males and/or Hasidic Jews – has brought divisions to a boiling point, leading to community meetings that are more tension packed than most peace talks or protests. After his work in the city, Santana is brought in to act as a superintendent and help bridge the gap between the school board and the less fortunate members of the community.

And as My Name is Pedro shows, things go well for about a year before in-fighting, scandals, and unfortunate circumstances threaten to undo everything Santana has attempted to implement. My Name is Pedro is a good example of a filmmaker being with the perfect subject at the right place and right time. What initially looks like it will be an uplifting profile of a star educator or a fight against racial injustice turns out to be something a lot more complex. Although it’s obvious that the racial and religious tensions in the Rockland school board will leave many members of the old guard resistant to change, it’s actually Pedro’s personal life outside of academics that will cause just as many wrinkles in the educator’s plan to make things more equitable. While the fight to keep the public, secular schools funded is an uphill battle and a story of inequality that needs to be told, LaSalle has also lucked into a narrative that takes two sudden, unpredictable, and unforeseen turns. 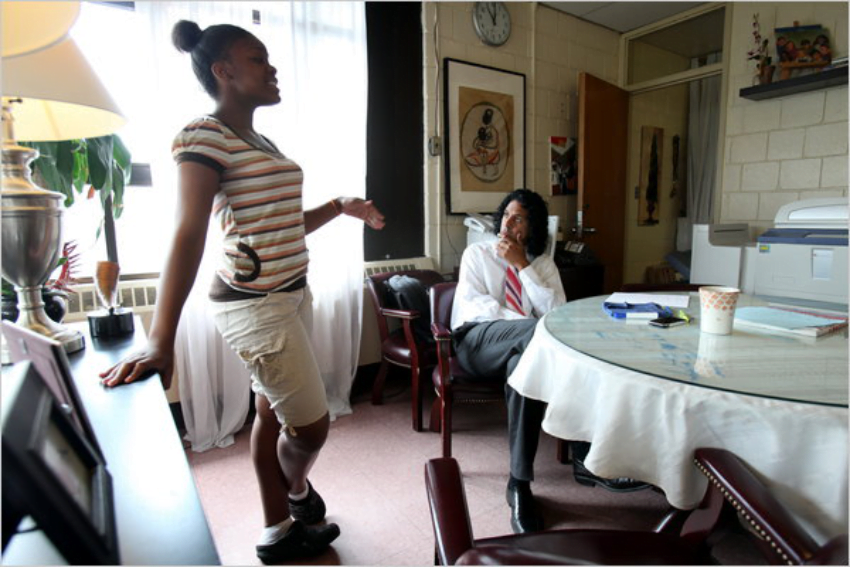 Those moments – which I won’t spoil here but are hard to avoid since documentaries revolve around events of public record – make My Name is Pedro both dramatically satisfying and socially unique. While it’s easy to sympathize with community members crying out to have their public schools as well funded as local private institutions, Pedro and his sometimes chaotic life remains the focal point of LaSalle’s film. Santana is a fascinating subject for a documentary: a proud idealist who holds firm to their beliefs in the face of overwhelming opposition and back door politicking. Santana’s ideas sound like common sense, but are rather revolutionary when it comes to education, with My Name is Pedro doing an excellent job illustrating the fallacy of thinking all students should adhere to a singular definition of academic development. Santana – who wants students to remember their superintendents as much as they do teachers and principals – thinks that each of the 4,000-plus kids under his care should have their uniqueness embraced rather than forcing them into conforming to sometimes unrealistic roles and expectations. Once a special needs student himself, Santana wants to make sure that kids who are struggling are afforded equal opportunities to shine. Pedro’s methods have been proven to work, but they require more of an effort than many administrators are willing to give.

My Name is Pedro builds to a shocking turn of events and an ensuing fallout that will only divide the community further. While the events that transpire are wholly unique to Santana’s situation, LaSalle clearly makes note of the lengths that suburban communities will employ unconsciously racist biases and tendencies to “protect” the white and better-off. Pedro is, admittedly, somewhat naive and boasts unhealthy workaholic tendencies, but his conviction and stances make him a complicated figure worthy of emotional and intellectual investment. He’s a man with a big personality and an even bigger heart, who doesn’t know how to do anything at half-speed. It’s easy to see why his personality can be loved and disliked in equal measure, but his ability to reach out to those who need help the most is unparalleled.

Unfortunately, My Name is Pedro doesn’t always have the storytelling and directorial focus exhibited by its subject. My Name is Pedro – which has quite obviously sat around for several years and had a lengthy editorial process that could still use some fine tuning – has obvious informational gaps that are somewhat jarring. While many community members, students, and former co-workers are willing to talk at length with LaSalle about Santana, there are a few notable omissions that raise some questions (and I’m not talking strictly about the film’s obvious villains).

It’s clear that LaSalle has repeatedly had to move her film’s ultimate end game around several times during production, but while there’s an obvious, poignant conclusion to be found, My Name is Pedro threatens to go completely off the rails in its final third, including a well meaning, but redundant coda that goes on far, far too long. My sympathies are with the filmmaker on this one, as Santana’s life and work are hard to encapsulate, but as a documentary, not everything here works or fits nicely into place. LaSalle’s fly-on-the-wall style of filmmaking outside the interview portions is also very much the work of someone working on a movie with maximum passion, but limited resources.

But the technical acumen of LaSalle’s work isn’t the point here. My Name is Pedro is all about the message at its heart. If schools within the same community can’t be treated equally, and students aren’t given the same amount of attention, then living in harmony is all but impossible. Although the story at the heart of My Name is Pedro wrapped up several years ago, the message is eternally timely, especially in an American election year and at a point in global history where funding for schools is only going to get messier.

My Name is Pedro is available to stream free for Hot Docs members through their online screening service starting on Thursday, October 29, 2020. 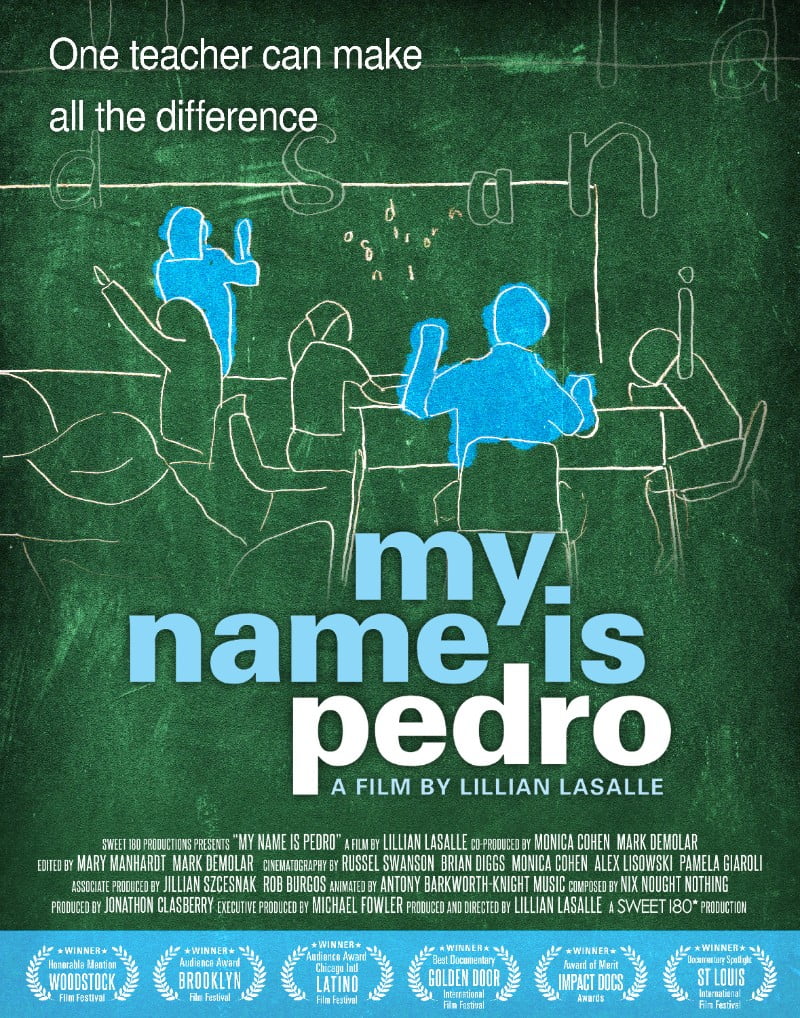