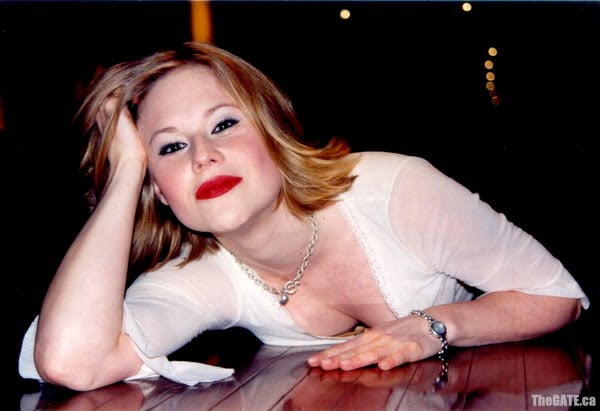 A talented actress and a rising star, Kristin Booth is a natural to profile this month.

Currently, she stars on CBC’s Daring and Grace, which you can catch on YTV, but not too long ago she appeared in five episodes of Paradise Falls as Carla Collin’s lesbian daughter. Also in the past, she’s been on Traders, La Femme Nikita, Total Recall, and has had a lot of experience in the theatre, most recently as Olivia in Shakespeare’s Twelfth Night as part of the Soulpepper Theatre Company’s Young Company.

That’s just the tip of the iceberg however, because she’s also been in a variety of movies, including On The Line, Detroit Rock City, Gossip and Cruel Intentions 2, plus a variety of roles in some television movies like The Alex Kelly Story, Jewel (playing Farrah Fawcet’s daughter), and even the upcoming Salem Witch Trials where she co-stars with Kirstie Alley and Shirley MacLaine.

According to her bio, the reason she chose to start performing was actually quite simple, “I suppose that I could say that nothing else seemed right or that everything else just felt wrong, but in the end it was just a gut instinct.” But, the reason we think she’ll succeed is because she’s not only ambitious enough to make it far, but she’s also got one of the best attitudes – “Anything that the mind can conceive, it can achieve.”